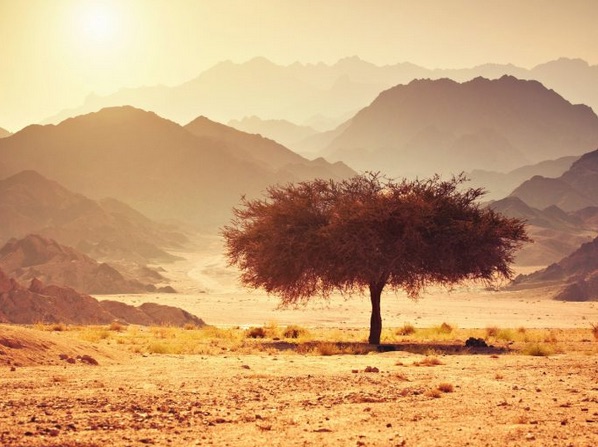 As the White House steps up its attacks on climate science, and Prime Minister Scott Morrison’s Climate Solutions announcement is described as like putting “lipstick on a pig of a policy”, it is timely to consider the field of climate criminology as outlined in a new book.

Writing from his sick bed, the book’s author, Rob White, Professor of Criminology at the University of Tasmania, suggests that “carbon criminals” are those who continue to facilitate carbon emissions, and those who fail to prevent and stop the activities and policies that are killing the planet and life as we know it.

Recently I had to cancel the launch of my new book Climate Change Criminology due to illness. There was some irony in this as, in its own perverse way, this also rather suited the occasion.

It was ironic because the launch was designed as a platform to speak about what is happening to our planet’s health and the evils of ecocide that are killing it. It was meant to be (yet another) dire warning about something affecting us all, wherever we live.

Therefore it was weirdly appropriate that the event was postponed precisely due to the movement of bad things across international borders. There are some things no one can escape, regardless of where we live.

Such travel ingrains the incredible shrinking of our world. More than ever, we are interconnected in so many different ways, including through our sharing of the microscopic.

The “butterfly effect” is real: what happens in one place has ramifications for somewhere else. But so too is the “movement effect”: how we move around the globe – the frequency of trips and the sheer numbers of people – has real material consequences, for all.

And as part of this, we are seeing the phenomenon of the transnational circulation of pathogens, resulting in ‘universality’ in terms of time and place. What happened to me happened outside of our usual flu season. Like bushfires, the notion of seasonality increasingly seems to matter less.

Indeed, with climate change there appears to be more and more things out of kilter. Our leaders have gone mad, and they’ve taken the world with them. This is most evident in the way in which global warming is distorting what used to be the familiar or ordinary patterns of weather.

Here the notion of “climate disruption” becomes useful as a framing concept. Rises in global average temperatures do not translate into uniform warming. Rather, they trigger a whole series of changes in existing weather patterns, for example, bringing into the equation excessive precipitation in some parts of the world, extreme drought in others.

The point is that climate change disrupts normal weather patterns in various and unexpected ways.

The Climate Council report observes that the number of climate-related natural catastrophes has been rising steeply since the 1980s and the most damaging are often the result of combinations of variables, which are called compound extremes. These include geophysical events such as landslides through to weather phenomenon like storms.

The number of extreme weather events is rising, and are especially impactful in conjunction with each other. Many specific examples can be given from around the world in 2018 alone. 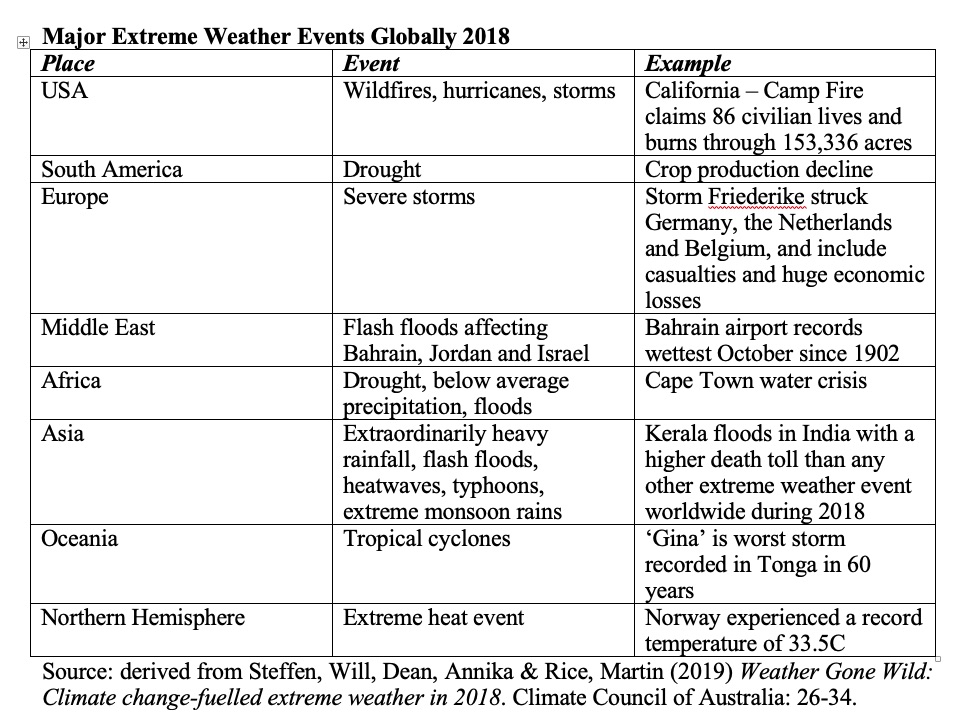 These events have major health implications (for human and non-human alike). The Lancet Countdown tracks progress on the health impacts of climate hazards as well as other indicators for the purposes of a global overview of health and climate change.

The health and social consequences of events resulting from climate change – such as rising temperatures, heat waves, and increases in the frequency of complex extreme weather events – are far reaching and include heat-related deaths through to the spread of infectious diseases. The trends and issues arising from climate disruption are very perplexing and worrying. 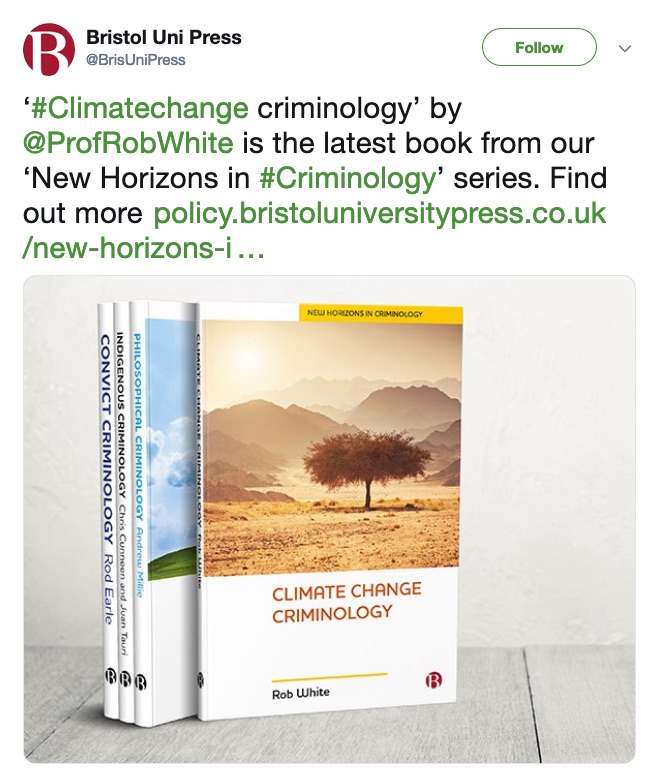 So where does criminology fit into this picture?

The answer is simple. The harms associated with climate disruption are and always have been preventable. Ideas about the ‘greenhouse gas effect’ have been around for well over a century and certainly widely known since the United Nations Rio Summit in 1992. The problem and its consequences have been known for decades.

The systematic destruction and degradation of environments at the planetary level, and the continued pumping of greenhouse gases into the atmosphere, constitute “ecocide”. It is harmful and it is wrong.

If global warming is intentional, preventable and caused by human acts and omissions, then should such harms be criminalised?

For climate-change criminology, the answer is a definite ‘yes’. After all, the harms are demonstrable, and the culprits identifiable.

The carbon criminals are those who pretend that climate change is not happening or who believe that climate policy should not take precedence over immediate economic gain. They are those who continue to facilitate carbon emissions, those who fail to prevent and stop the activities and policies that are killing the planet and life as we know it.

This is a sick situation that is making us all ill. We need some means of inoculation and prevention – whether the perpetrators like it or not. It would be criminal to do otherwise.

Our health, now and in the future, depends on it.

• Rob White is Professor of Criminology at the University of Tasmania and author of Climate Change Criminology. Follow on Twitter: @ProfRobWhite. 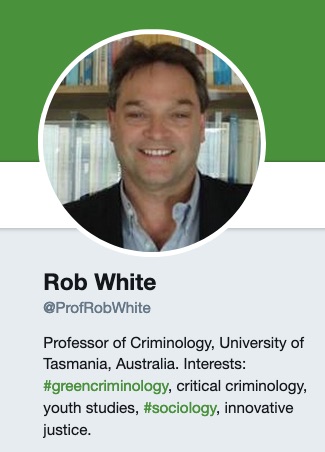