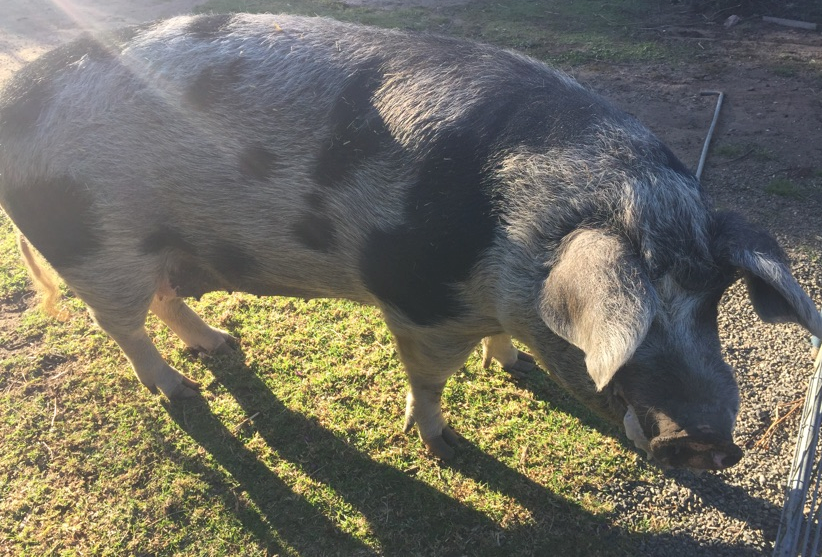 Much has been written and said about the reasons behind Brexit, the Trump ascendancy and the move away from the traditional major parties at this year’s Australian election. A common theme has been a failure to recognise how economic change in the context of globalisation has left many people behind.

In this post, Gordon Gregory discusses two quite distinct Australian case studies of a link between structural economic change and income inequality: the proposed closure of the Hazelwood coal mine in Victoria and the attempted shutdown of the greyhound industry in New South Wales.

Gregory, the former CEO of the National Rural Health Alliance and an economist, says that historically such industry changes as these have been left largely to the free market to sort out – triggering a wave of social, economic, regional and political implications.

Arguing that governments, the private sector and regional communities can collaborate and work proactively to generate new jobs and industries for towns and regions that will otherwise be centres of poor health and of political alienation, he says Hazelwood provides a highly-visible opportunity for properly managing the shift.

The Brexit vote, the 2016 federal election in Australia and Donald Trump’s ascendancy are all seen as evidence of increasing disillusionment of ‘the middle people’ of a nation with its established political elites.

One of the more popular explanations of this phenomenon is essentially economic: that at a time of economic globalisation and industrial change, many people have not experienced improvements in their material wellbeing.

For many decades there has been a free market or hands-off approach by governments in Australia to industrial change. But with mounting evidence that structural change in the economy is a significant driver of income inequality, which in turn lays the basis for political disaffection, governments are well advised to take a closer interest.

Agencies as diverse as the Reserve Bank of Australia (RBA), the Productivity Commission and the Australian Council of Social Service (ACOSS) have published data showing that inequality in the distribution of income and assets in Australia is increasing. That is not news. But what may be is the fact that, as the RBA demonstrates, this has less to do with household characteristics (for example age, years of completed education or family status) than with what it calls ‘income shocks’, such as being laid off and being unemployed for a long period.

The transformation of Australia’s industry on a grand scale is seen in the loss of our motor vehicle manufacturing, with up to 200,000 jobs set to go in the next 12 months, adding to the number of Australians who, despite record economic growth, are on the margins. And there are daily losses on a smaller scale.

If alternative jobs are not found, this becomes fertile ground for the growth of popular demand for trade protectionism. Both Brexit and Trump owe their success in part to a naive belief that, where trade policy is concerned, ‘charity begins at home’. That sentiment is finding increasing expression in Australia, as evidenced by the views of some on the Senate cross benches and by the less public expression of opinion by some in the major party blocs.

Greater trade protectionism will harm everyone, especially weaker and smaller trading nations whose people can least afford it. This makes it even more important to find alternatives which can work within individual nation states to deliver economic benefits – better full-time work, stronger and more sustainable incomes – to families and regions that have been missing out. And the benefits of such alternatives will include better population health and lower healthcare costs.

To do nothing risks bequeathing to our children a society in which there are fewer economic opportunities than we have had – and one in which wellbeing is partly determined by the place in which someone lives. Unavailability of work is already one of the strongest of the social determinants of health – and one that helps define the difference between rural and metropolitan areas.

Industrial change is a social issue

Australia has numerous towns which have lost one or more of their main economic functions and, as a result, have experienced population decline. Small timber mills, abattoirs and flour mills have closed and, where there is little alternative use for the land on which they stand, they remain as sad and ironic monuments to Australia’s economic progress.

City areas have experienced such economic change in equal measure. But because of the high value of land and infrastructure and the relative ease with which they can be redeployed, there are fewer visible reminders of it in the cities.

The economist’s dismal prescription in these circumstances has usually been along the following lines.

A complete analysis of the pros and cons of those decisions ought to include an understanding of the dynamics of employment and unemployment. We need to know what proportion of those who are unemployed were laid off from a declining industry, the proportion laid off from an industry that is still employing workers, and the proportion who have never had a job.

The best policy prescriptions for each of  these groups are likely to be quite distinct.

Events over the past 18 months in New South Wales’s greyhound industry provide a fascinating case study of a radically different approach to industry change, using a paradigm based not on the market but on ethics and objective evidence.

In the early days, when it seemed to have been successful, Premier Baird’s decision shone like a beacon to show that structural change could be initiated, planned and managed by government acting on the basis of anticipation of the national interest and ethics – in this case relating to the treatment of animals. Had it been successful it might have been seen as a model for action on any sector of the economy or factory, mine or plant deemed to be inimical to the national interest or unethical.

In his announcement of the proposed greyhound racing ban, Premier Baird said:

“Over the coming months, we will consult with the industry to help minimise the pain as best we can for the innocent industry participants as we work towards an orderly industry shutdown. We will develop a strategy to work with the RSPCA to manage the welfare of existing greyhounds. And the transition arrangement for Greyhound Racing NSW assets (like greyhound racing tracks) will ensure they are used for open public space, alternative sports facilities or other community use.

However the recent state by-election in Orange and its impact on the NSW National Party mean that the consequences of this new approach are still being played out.

This courageous approach to structural change faltered on the rock of  vested interests and a failure to garner political support for the decision early enough. The venture has ended in tears but may still prove to be instructive in terms of how economic change can be initiated by proactive government decisions rather than by The Invisible Hand.

Hazelwood: more power to the people?

Writing at Guardian Australia, Gay Alcorn has described the planned closure next year of the Hazelwood power station in Victoria’s Latrobe Valley as “a symbol of many things: the government’s wavering commitment to climate change, our reliance on coal, and now, the massive structural transformation under way in the energy market.”

More than that, it is also a classic demonstration of the roles – played and not played – of governments, the private sector and the local community in economic and industrial change that is the result of market forces.

The State and Federal Governments are both concerned and both involved. Wendy Farmer, spokeswoman for Voices of the Valley, has been quoted as asking why, when both governments knew that Hazelwood would close sooner rather than later, there was no transition plan already in place.

The closure of ‘Australia’s dirtiest power station’ will inflict further job losses on a region which is already one of the most disadvantaged parts of Victoria, with unemployment estimated to be 19.7 per cent in Morwell and 14.6 per cent in Moe.

The State Government has earmarked more than $80 million to attract new industries to the area and provide employment and training support for workers. The workers themselves are in their mid-50s on average and their union, the CFMEU, has negotiated generous conditions and redundancy packages over the years. They are likely to receive more than $300,000 on average in redundancies.

The Federal Government has established a Ministerial task group focused on three issues: helping the workers (through a financial package, support for local infrastructure and regional jobs); energy security; and energy pricing.

It says it has also committed more than $400 million to defence, road and community programs in the Latrobe region, including a $200 million upgrade to the East Sale RAAF Base.

Martin McKenzie-Murray has written on the series of mine fires that have affected people’s health so directly and on the legacy the plant leaves to the region.

The complete story of Hazelwood is yet to be told. It includes rehabilitation of the mine site and the ongoing impact of the massive pit fire. It has national implications for energy markets, particularly after South Australia blacked out on 28 September. And it has implications for climate change policy and the environment.

But of the greatest importance from the health point of view is Hazelwood as a test case of a collaborative tri-partite approach to regional economic change. The decisions taken must put the health and economic interests of members of the community first.

To win back popular support and credibility, governments need to  have a sharper eye on the health and wellbeing effects of economic change – and to demonstrate that they are guided by empathy and compassion, not merely by the dismal science.