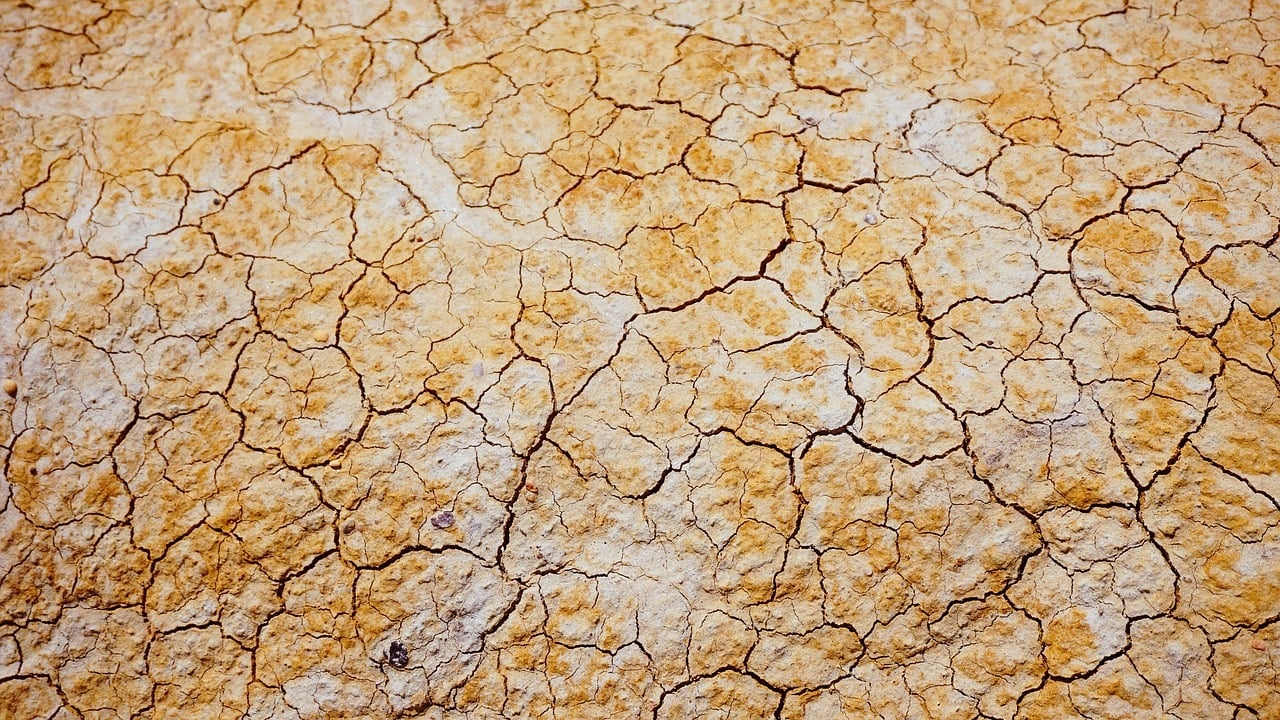 Today’s drought gets on the agenda

When politicians start wearing Akubras, you know that a rural issue has hit the political agenda.  But long before the Prime Minister donned his hat and moleskins to stand ‘shoulder to shoulder’ with Australian farmers, rural communities in drought-affected areas were speaking out about the difficulties they faced and calling for support.

So how did this drought progress from these local advocacy efforts to a high-profile, headline-dominating national issue that has attracted over half a billion dollars in aid for affected areas from the federal government?

In Part 1 of the ABC of Drought Gordon Gregory described the history of drought policy since 1971, and argued that “a rigorous and rational approach to national drought policy” remains illusory.

In Part 2 today he examines how the current drought came rapidly to be a high profile public issue that governments could not ignore.  He explains that short-term expenditures of public monies to mitigate the effects of drought are unavoidable once the hardship being experienced by farmers, livestock and the land resource are on the public consciousness.

By analysing media coverage of the drought and in particular coverage by regional ABC radio stations, Gregory describes how, after many months of below-average rainfall, the current drought rapidly became a high profile concern.

This analysis may be instructive for any entities working to have their particular ’cause’ treated considerately by governments.

Sometimes the impact of drought is seen and felt in the major cities, as was the case when, on 8 February 1983, a dust storm spread over Melbourne. The Ash Wednesday fires in Victoria and South Australia soon followed, killing 75 and injuring 2600 people, destroying 9,000  homes, and killing 300,000 head of stock, including 250,000 sheep.

More often, however, drought is slow and creeping until it crosses some invisible line and takes off like an emergency flare to become a staple diet for a short time for most media outlets, as has happened in the past two months. Presumably someone is considering how social media, the new force in the fourth estate, has contributed to the existence, understanding and management of the current drought.

What got the current drought over that line?

On 28 March 2018 the Senate Select Committee on Regional Development held a public hearing in Canberra. Its witnesses that day included USQ’s Institute for Resilient Regions and the University of Western Australia’s Centre for Regional Development. There was no reference to drought or rainfall.

On 29 March the Prime Minister was interviewed by Rebekah Lowe on ABC radio Broken Hill. He had just been at the Royal Flying Doctor Service base to confirm the allocation of $84 million extra for the RFDS’s mental health and dental work.

What transpired in that interview was what might be termed a strategic discussion of water management in a dry continent: balancing environmental and irrigation flows, managing the Murray-Darling Basin, ‘water theft’ and management of water storages. Having previously been Minister for Water Resources the Prime Minister was well-equipped for such a discussion.

The interview then went on to discuss the Menindee Lakes and building water infrastructure such as the pipeline from Wentworth to Broken Hill.

“Wherever we can what we need to do in managing water in a hot, dry continent, is where we can possibly do it, we should pipe it rather than running it in open channels. Where we can configure storages so that they are deeper, then you have less evaporation. I mean we live in a big flat – by and large – dry, hot country. So we have got to be smart about the way we use water.”

This is the strategic, planned, cool debate about Australia and water: unemotional, devoid of very much focus on short-term human consequences.

It was the calm before the storm.

The drought gets personal – a chronology

A NSW Government announcement was covered online on 8 April by ABC Upper Hunter’s Cecilia Connell. It referred to a new scheme to assist drought-affected families in New South Wales “as more than a quarter of the state deals with worsening dry conditions”.

ABC online ran a story from the Central West of NSW by Tim Fookes.  This story described how farmers across New South Wales’ central-west were battling the driest period in at least a decade, along with temperatures up to 10 degrees above average.

“Water infrastructure and security is vital – vital for the livelihoods of not only agriculture but people in so many regional communities.  It is vital to the success of our farmers, our small businesses, and for local jobs in the region. Water infrastructure is vital for drought-proofing communities and flood mitigation, and there’s no greater example of this than Rockhampton and Rookwood.

Australia is home to the world’s best farmers; the most innovative, practical and most resilient on our planet, and they are the best environmentalists.  Without water, our communities cannot grow the food and fibre that our nation needs and the world demands. Let me tell you: we grow the very best food, the very best fibre in the world, especially our irrigators.”

ABC Illawarra ran an online item from Picton, near Sydney, by Gavin Coote and Nick Rheinberger on a farming family on the outskirts of Sydney which had put the call out for people to adopt its cattle in a last-ditch bid to remain afloat during a historic drought.  The dairy farm at Picton in Sydney’s south-west has been in the Fairley family since the 1850s and is in the grip of unprecedented dry conditions.  Sixth-generation farmer John Fairley said he had never seen it this bad.

That invisible line has still not been crossed. On Sky TV Peta Credlin and Bridget McKenzie first discuss Barnaby Joyce, then the ice epidemic, and then the shortage of doctors. Then Senator McKenzie stated:  “We know we’re the most arid country in the world. We’ve got a $62 billion agricultural industry which really drives our national economy in so many ways. So we’re good at it. But we do know that we have these periods of drought and we have to have a sustainable model to deliver it.”

The Minister for Agriculture and Water Resources, the Hon. David Littleproud, released a statement announcing an additional $20 million in funding for farmer support services.

The Farm Household Allowance extension legislation was passed by the Senate.  This legislation enabled farmers in drought to access a fourth year of the Allowance.

The Minister for Agriculture and Water Resources released a statement reporting that the government had held “Constructive discussions at drought round table“.  These resulted in an agreement to use the National Farmers’ Federation drought policy as a framework to move forward and to further discussions with the banks on Farm Management Deposit offsets

Grant Maudsley, AgForce General President, commented on the Drought Roundtable.  He stated that “collaboration between governments at all levels, the financial sector and primary producers will be the key to developing an enduring drought policy.”

ABC Rural ran a story The big dry: ‘See us, hear us, help us’ reporting that farmers across New South Wales and Queensland are calling it the worst drought in living memory, with many facing ruin.

The Prime Minister urged almost 20,000 farmers eligible for drought relief who are yet to claim welfare payments to contact a financial counsellor. The Prime Minister appealed to farmers to use the federal government’s Rural Financial Counselling Service to check whether they were eligible for the Farm Household Allowance.

The ABC’s Chart of the day asked whether the current drought is the most severe in history.  It found that while this drought is severe it has not been as prolonged as the millennium drought — the longest dry spell in history, which saw nine consecutive years of low autumn rains, crucial for the southern cropping season.

“We’re another day closer to rain” said a grazier interviewed for ABC TV News at the Louth Races in Cobar Shire (11 August).

One can’t argue with his logic. And his attitude typifies the accepting, resilient and normally cheerful approach of farming and grazing people to the uncontrollable climatic situation they face.

Another common view of those who bear the brunt of dry times is: “We do not want handouts.” Short-term help will always be needed in dire situations but rural people, including farmers, do understand the vagaries of nature they face. This should embolden farm leaders, politicians, the public and the media to have the discussions and then put in place a national water management policy of which short-term emergency drought assistance is but a small part.

Where so many areas of policy are concerned, including health care, aged care, industrial change and the environment, we must continue to insist on approaches that are both rational and compassionate.

But a holistic approach is required and a balance must be retained. If  the management of drought is separated from other aspects of natural resource management, the challenge is made worse.

In short, there is currently too much consideration of ‘drought’ and not enough of ‘water management’. At every moment,  including in dry times, public policy should be dealing with water management in all its aspects.

In Part 3 of this series – Too much ‘drought’, not enough ‘water management’ – Gregory will argue that the problem begins with the separation of drought from other aspects of the management of Australia’s natural resources.