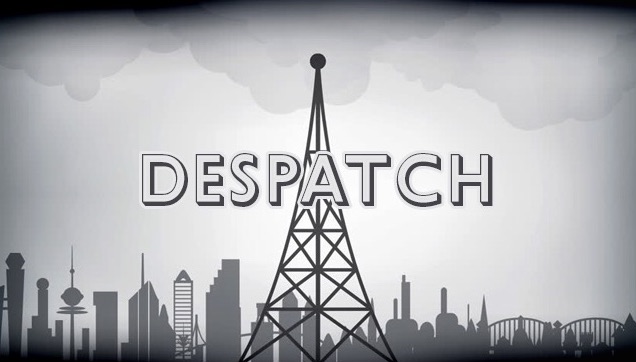 Too much medicine; not enough (quality) media?

Unable so often to resist the promise of medical ‘miracles’, ‘breakthroughs’, ‘cures’, and ‘wonderdrugs’ for health stories, the media has long acted as a megaphone for those with an interest in promoting unnecessary tests, treatments or prescriptions.

When traditional media like Fairfax are struggling to exist and specialist health journalists are – in the mainstream media, at least – a dying breed, then the challenges for informed public debate around healthcare and medical interventions are even greater.

These issues were an underlying concern at a recent Choosing Wisely event in Melbourne, which coincided with the launch of a week-long strike by Fairfax journalists in response to another round of massive cuts in their ranks.

The feature image above is from independent journalist Michael West’s statement to the inquiry calling for wide-ranging reforms likely also to be of interest to many Croakey readers – including defamation and freedom of information law reform. He also suggests that tax revenue from Google and Facebook could be used to fund public interest media.

Journalist Marie McInerney spoke to veteran investigative journalist Dr Ray Moynihan at the Choosing Wisely event about the critical need to strengthen health reporting. This is her final report from the event, which she covered for the Croakey Conference News Service (click here for her other stories).

For investigative journalist, author and health academic Dr Ray Moynihan, it’s “incredibly sad” to watch former media giants like Fairfax falling apart with the advent of new technology and the collapse of their old business models, the “rivers of gold” classified advertising.

But he says it spotlights the need to look for new ways to report and investigate health, to work against “disease mongering” that overmedicalises health and can turn healthy people into patients.

“Surely there are ways of harnessing this new (digital media) technology and all the benefits it might bring to ensure that the public debate about medicine is well informed, by good evidence and a sense of questioning, not just a blind acceptance of whatever the new, latest, shiny products are,” he told Croakey at the recent Choosing Wisely event in Melbourne.

Moynihan has reported on health and other issues across print, radio, television and social media for nearly four decades, having worked on ABC TV’s Four Corners and the 7:30 Report, ABC Radio’s Background Briefing and The Australian Financial Review.

He began to worry how the wonders of medical science have “bedazzled us” into wanting and having too much of a good thing and to see that the risks of having too much medicine is “the biggest story in health care” – and one that implicates the media and patient and consumer groups.

Moynihan told Croakey that while there is a lot of great media health coverage, too much of it is just “promoting the benefits of new technologies and new treatments without really investigating their downsides.”

“Many people are concerned that the media may often be, perhaps even inadvertently, helping to drive a lot of medical excess, unnecessary treatment, unnecessary testing with its overenthusiastic promotion of new medicines, new procedures, new tests,” he said.

Like others, he has long warned of informal alliances that emerge among pharmaceutical companies, doctors and patient or consumer groups that appear to be raising public awareness about emerging issues but effectively operate to expand markets for new pharmaceutical products for everything from baldness and beyond.

These groups, he once wrote, then target the news media with stories designed to create fears about the condition or disease and draw attention to the latest treatment. He said:

Such strategies continue to work and to pose harm, particularly in how the media can inflate and confuse cancer risks and treatment, inundating the public with “often contradictory and imbalanced stories”, according to this European study.

It found: “Much of this information has been ambivalent, conflicting, and scientifically questionable, resulting in a public frenzy about cancer.”

And Moynihan says that’s only going to become more of a concern as genetic testing is increasingly promoted.

“Yes, there are going to be great benefits from this new technology, but (there are) enormous potential downsides so the way the media responds to this new medical science is critically important,” he said.

Now a senior research fellow at Bond University on the Gold Coast, Moynihan completed his PhD on overdiagnosis in 2015, and has authored two related books Selling Sickness (2005) and Sex, Lies & Pharmaceuticals (2010).

He is a member of the scientific program committee helping to organise the Preventing Overdiagnosis scientific conference in Quebec City in August.

His poster presentation at the Choosing Wisely event highlighted a new research collaboration called Wiser Healthcare, funded by the NHMRC and investigating the problems of overdiagnosis and overtreatment.

Moynihan is also supervising a PhD project with health journalist Julia Medew – who is investigating how media covers medicine, and how it might do a better job in the era of growing awareness about too much medicine.

Some time ago Moynihan developed a tipsheet for reporting on drugs, devices and medical technologies that remains valuable. It recommends journalists keep in the mind at least seven key questions when they’re sent the ‘latest’ news in health care.

United States journalist Gary Schwitzer, who founded the watchdog HealthNewsReview site to monitor and analyse health coverage and public relations in the US, believes journalists have a special responsibility in covering health and medical news.

While he concedes it is not their role to become advocates for causes, he believes they “have a responsibility to investigate and report on citizens’ needs as they struggle to understand and navigate the health-care system.”

Introducing a 2005 special edition of PLOS Medicine on the roles and responsibilities of the media in health, he wrote:

In our current era of entanglement, journalists must investigate and report the possible conflicts of interest among sources of health information and those who promote a new idea or therapy. Such conflicts may not be readily apparent, so journalists must look for them as a routine part of story research and interviews.

Moynihan says it’s a complex question around whether the media, or parts thereof, should be engaged as a ‘player’ in social movements like Choosing Wisely or whether it should just report on them.

What is disappointing for him though is that there is so little media coverage arising out of such events and initiatives, with revelations such as the overuse of antipsychotic drugs on dementia patients in aged care homes across Australia, worrying use of CT scans on children, and general issues of overprescribing or overtreatment.

“These are the sorts of stories that should be leading the news, not the car crashes, not the ‘fake news’ coming out of the White House, but this is real news that’s incredibly relevant to our health and the health of the Australian health system,” he said.

Watch this Croakey interview with Ray Moynihan at the Choosing Wisely conference.

Croakey readers might also enjoy this clip, where TV host John Oliver discusses how and why media outlets so often report untrue or incomplete information as science.

The BMJ’s Too Much Medicine initiative that aims to highlight the threat to human health posed by overdiagnosis and the waste of resources on unnecessary care.

Using evidence to combat overdiagnosis and overtreatment: evaluating treatments, tests, and disease definitions in the time of too much: Ray Moynihan, David Henry and Karel GM Moons.

Costly and harmful: we need to tame the tsunami of too much medicine: Ray Moynihan, in response to the ABC’s Four Corners program on waste in health care.

Medicines and the media: a journalist’s view, by Croakey founder Melissa Sweet.

In his opening statement to the Senate inquiry into public interest journalism, independent finance/business journalist Michael West recommends the Federal Government support the future of journalism in Australia through a number of measures.

They include deductibility for not-for-profit media organisations, defamation reform, and better government and corporate transparency, plus ways to claw back lost revenue from platforms like Google and Facebook which publish but do not create journalism.