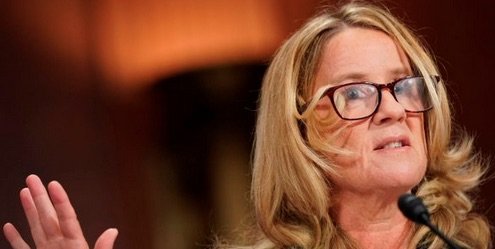 Trauma 101 in the aftermath of the Ford-Kavanaugh saga

Brett Kavanaugh is now a United States Supreme Court justice. His contentious confirmation followed emotionally charged testimony to a U.S. Senate committee from the judge and Christine Blasey Ford after she came forward to allege he’d sexually assaulted her while they were in high school.

As the dust begins to settle, it’s important to remember everything we learned from the gripping events — in particular the causes and the impact of trauma.

Here are six of the biggest lessons on traumatology, or the scientific study of trauma, that were illuminated by the testimony of both Ford and Kavanaugh.

Lesson 1: Trauma has a neurobiological footprint

In a harrowing account of the assault, Ford described vivid imagery of Kavanaugh’s alleged behaviour. At other times, she said she did not remember all of the details.

This disparity in memory is due to the interaction of brain structures known as the hippocampus (which stores our processed and time-stamped memories) and the amygdala (which stores emotional memories). Ford herself explained to senators how it worked:

“Indelible in the hippocampus is the laughter, the uproarious laughter between the two. And their having fun at my expense.”

Under extremely traumatic conditions, stress neurotransmitter levels become too overwhelming for the hippocampus, and prevent it from processing and storing sequential details.

However, the same processes increase sensory memory encoding in the amygdala, resulting in vivid traumatic memories. For this reason, Ford could recall certain aspects of her alleged assault in great detail and other aspects only vaguely.

Lesson 2: Trauma is related to substance use

The drinking mentioned in both Ford’s and Kavanaugh’s testimonies illustrate the gender differences in sexual assault victimization and perpetration, particularly when intoxicating substances are present.

It’s been estimated that more than half of the sexual assaults on college campuses involve alcohol consumption by the victim, perpetrator or both.

Of course, as articulated by the U.S. National Institutes on Drug Abuse (NIDA), drinking does not cause sexual assault, but it is a “major contributing factor.” Any serious initiative to curb sexual assault must also take a close look at binge-drinking culture.

NIDA notes that it’s imperative to end stigma and victim-blaming around assaults that involve alcohol.

Towards the end of her opening statement, Ford discussed the vile comments and threats hurled at her, and the victim-blaming she faced after coming forward.

This is a classic representation of “secondary victimization,” or the systematic re-traumatization of victims via behaviours of others that damage the recovery process and compromise psychological well-being.

Research has demonstrated that re-victimization perpetuates the psychological consequences of trauma and also prevents victims from disclosing their trauma or seeking help.

Both Ford and Kavanaugh are parents and spouses. Ford’s family is still receiving death threats. Kavanaugh lamented that he will no longer be able to coach his daughter’s sports team.

For victims and perpetrators, trauma produces a ripple effect that emanates across the family and flows across generations. The research evidence in this area is also clear.

Children of parents who have experienced high levels of trauma are more likely to experience trauma themselves, largely due to family disruptions and stress. As is often the case, children are caught up in complex social tragedies that invariably infiltrate the family system.

Before his confirmation, Kavanaugh was a circuit judge for the U.S. Court of Appeals in Washington, D.C. For many, seeing him further elevated to the highest court in the land represents a failure of the legislative process.

The first is betrayal trauma, which occurs when a perpetrator is trusted by the victim — perhaps the accused is a sports coach, a local civil servant, a close friend or family member.

Examples here include the killing of young Black men by police, residential schools for First Nations children, and the historical treatment of women by male-dominated legislative bodies and by men in positions of authority.

This final point will surprise no one in the era of #MeToo.

Decades of research has demonstrated that, at the population level, women are more likely to meet diagnostic criteria for post-traumatic stress disorder. They are more likely to be victims of sexual abuse and child abuse, and have higher levels of trauma symptoms in relation to any particular traumatic event.

That being said, this same research demonstrates that men are more likely to experience certain types of trauma, including accidents, non-sexual assaults, injury or death, from disasters or fires and combat or war.

Research on the idea of male “victim-perpetrators” suggests that males who have experienced trauma (including child abuse), are more likely to perpetrate in later life.

The Ford-Kavanaugh saga clearly highlighted several lessons from traumatology and the complex consequences of traumatic events across society.

One final lesson, however, is that when dealing with trauma we must “speak the unspeakable,” raising our voices to have these difficult conversations.

Whatever happens in the months or years to come to Justice Kavanaugh, Ford should be lauded for raising her voice.

• This article was first published by The Conversation Canada.