True art: NZ’s ‘We Are Beneficiaries’ campaigns for a better welfare system

As this Guardian article outlines, Metiria Turei, the co-leader of the New Zealand Green Party, resigned last month in the lead-up to the September 23 national election, citing “unbearable” pressure after she revealed that she had lied to claim more benefits as a single mother more than 20 years ago.

In response, a group of artists launched the We Are Beneficiaries social media campaign aimed at “continuing the conversation” that Turei began about the need for a more compassionate welfare system by drawing a picture of themselves and writing about:

The campaign has taken off and now welcomes stories from others who interact with New Zealand’s welfare system. Its 100th post was contributed by Turei (below). 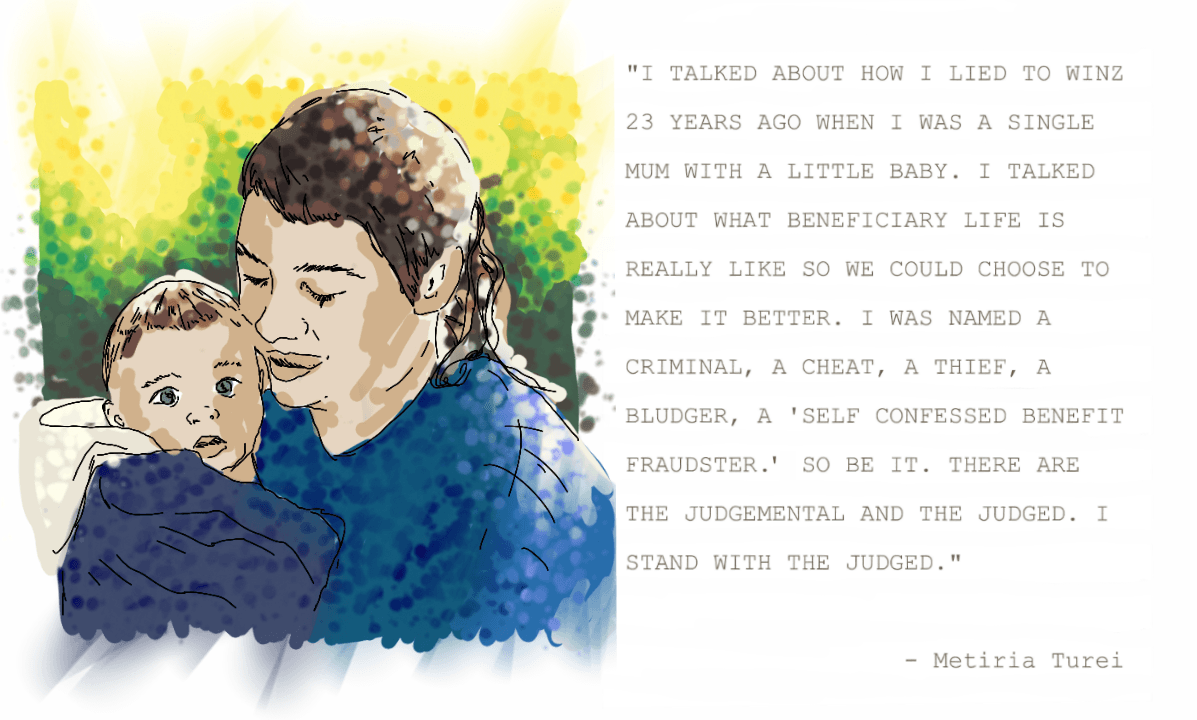 In mid July Metiria Turei, the co-leader of the New Zealand Green party, spoke at the Green Party AGM about her time on social welfare in the mid 1990s, navigating finances and having to lie to Work and Income NZ (WINZ) in order to have enough money to survive. “This is what being on the benefit did to me – it made me poor and it made me lie,” she said.

She used her experiences to speak out about how the social welfare system, a system set up to be a safety net, was broken and needed to be mended. She spoke about a woman who committed suicide after being falsely accused of fraud and chased by WINZ. She spoke about the 200,000 New Zealand children living in poverty. She spoke about how much this was costing New Zealanders, and how important it is to care for our most vulnerable.

In the weeks following her speech the media hounded Turei about her experiences. Was she condoning benefit fraud? How much did she owe the government? How poor was she really? Instead of a conversation about the welfare system, and how to mend it, the conversation became focused on Turei’s personal circumstances when she was just 23 years old. Within the month she had resigned as the co-leader, because the scrutiny on her family was “unbearable”.

In the wake of her resignation a group of artists began creating art sharing their experiences as beneficiaries in the hope of “continuing the conversation Metiria Turei started – demanding a more compassionate welfare system.” Our group, which we named ‘We Are Beneficiaries’, began sharing our images online and were met with a huge response. In just over three weeks the project amassed over 3,000 likes on our Facebook page and 1200 followers at @WeBeneficiaries on Twitter.

We have now opened up the conversation to the wider public, calling for people to write three-five sentences about their experiences as beneficiaries, and their hopes for the social welfare system. The group then gets one of our 58 volunteer artists to create art based on their stories, covering a diversity of experiences and highlighting a range of ways the welfare system could be improved.

We hope this project will continue the conversation about the welfare system in New Zealand, and to help humanise the facec of beneficiaries. The welfare system is so important to so many people and it’s imperative that this system improves, because people’s lives are at stake. 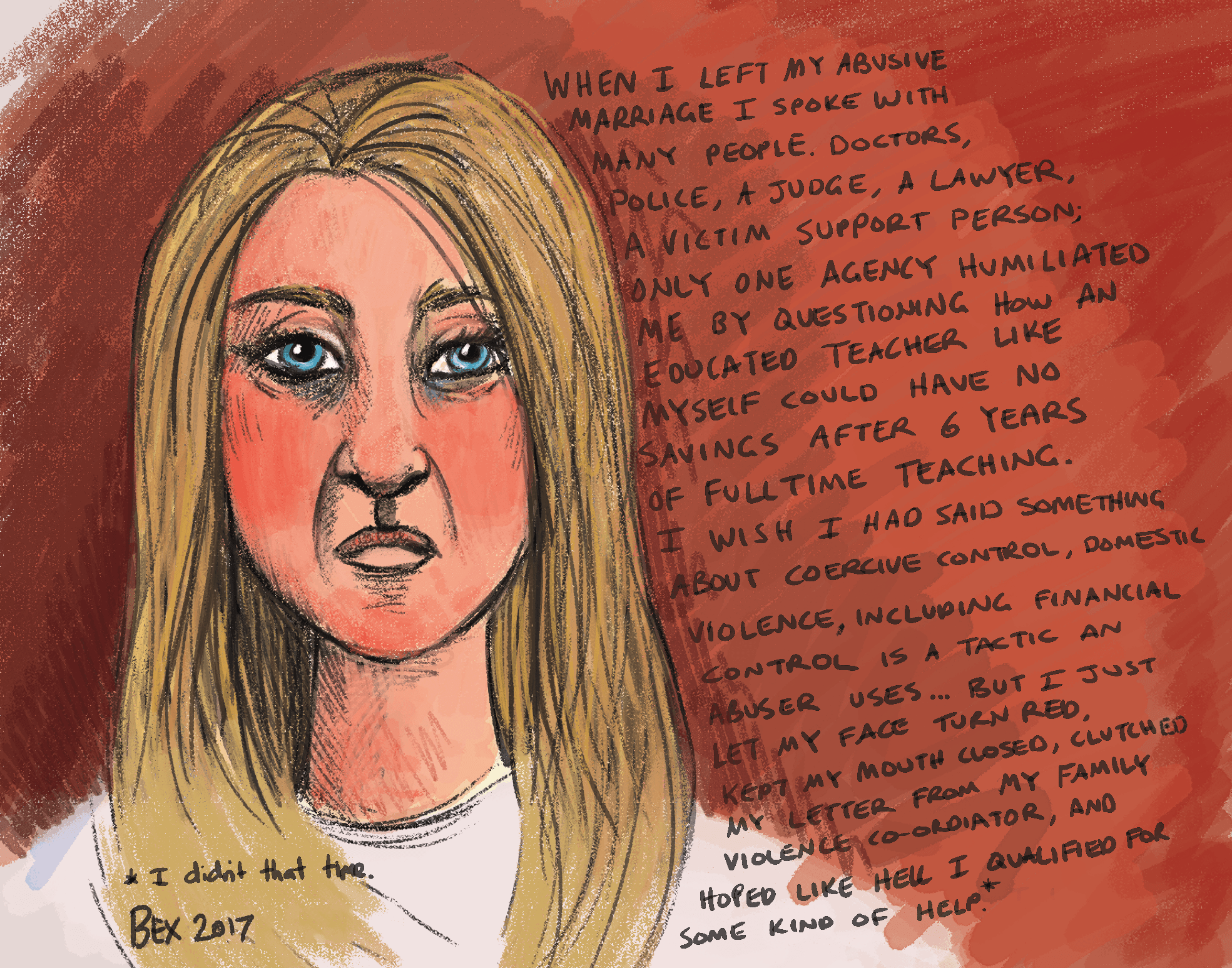 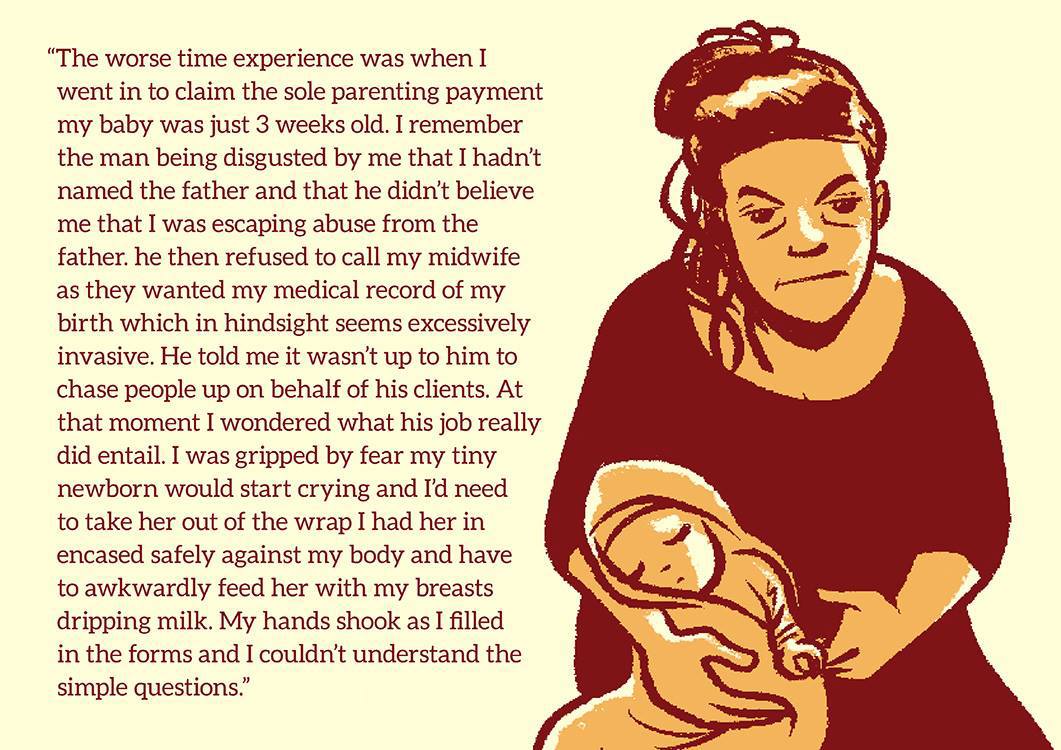 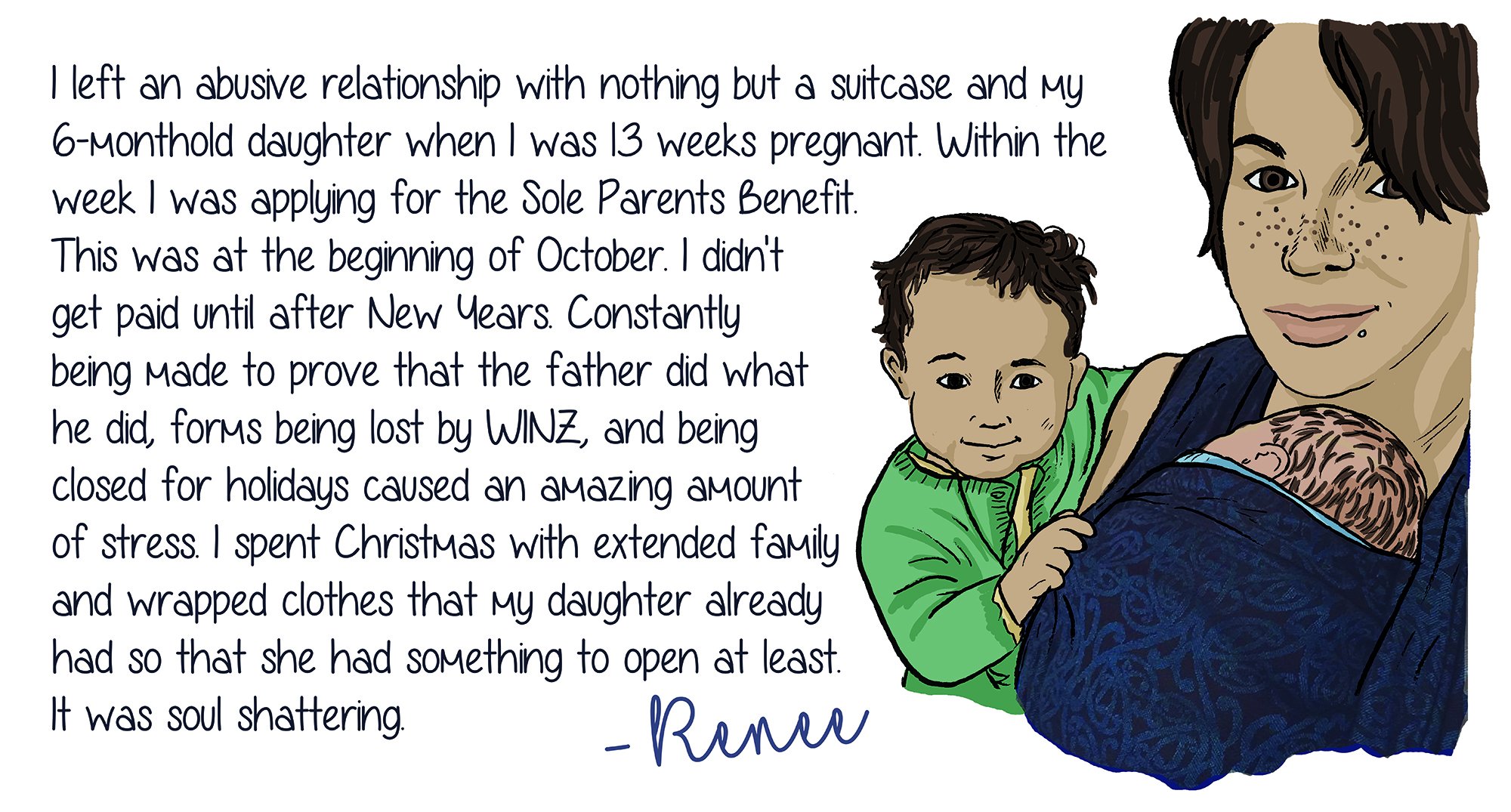 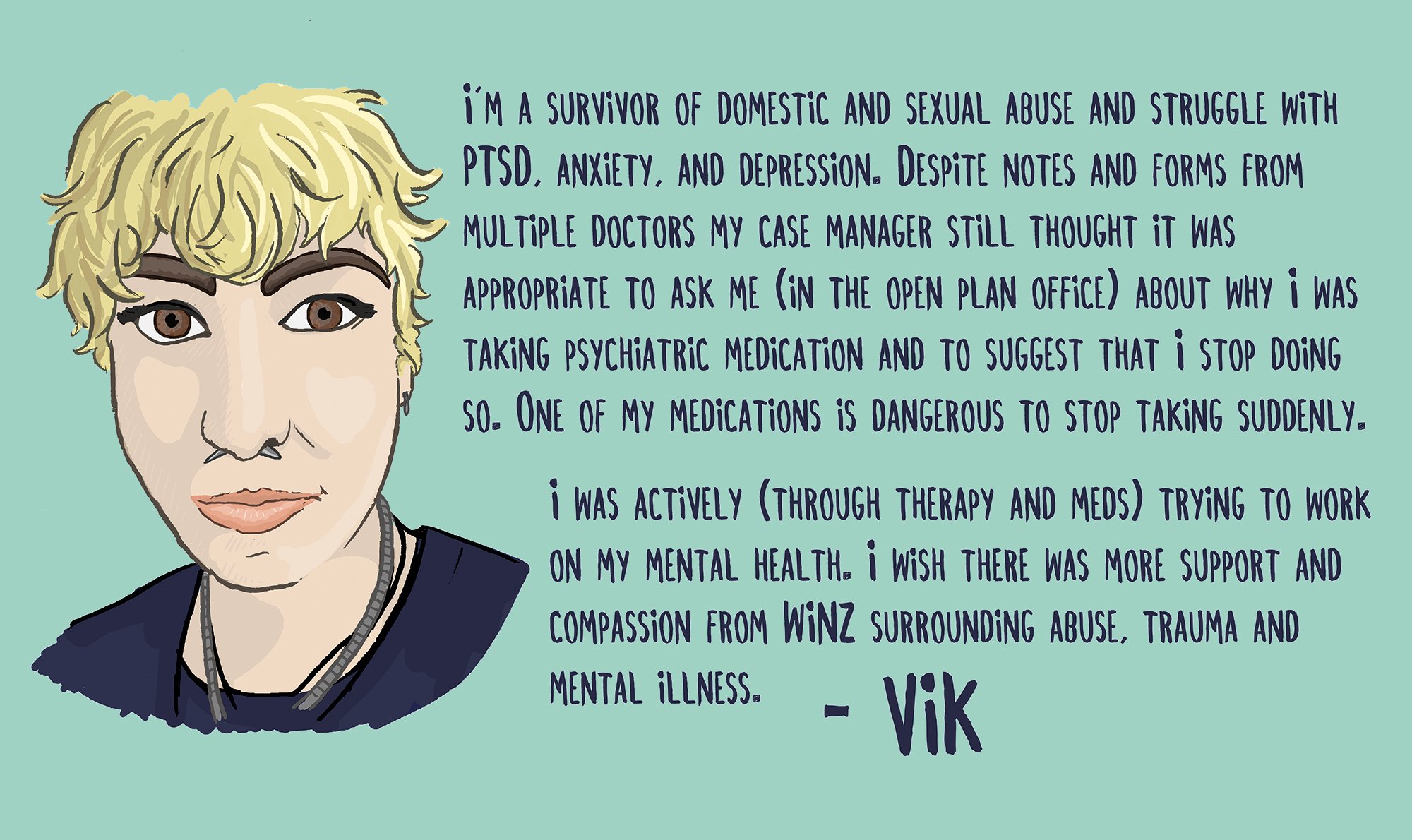 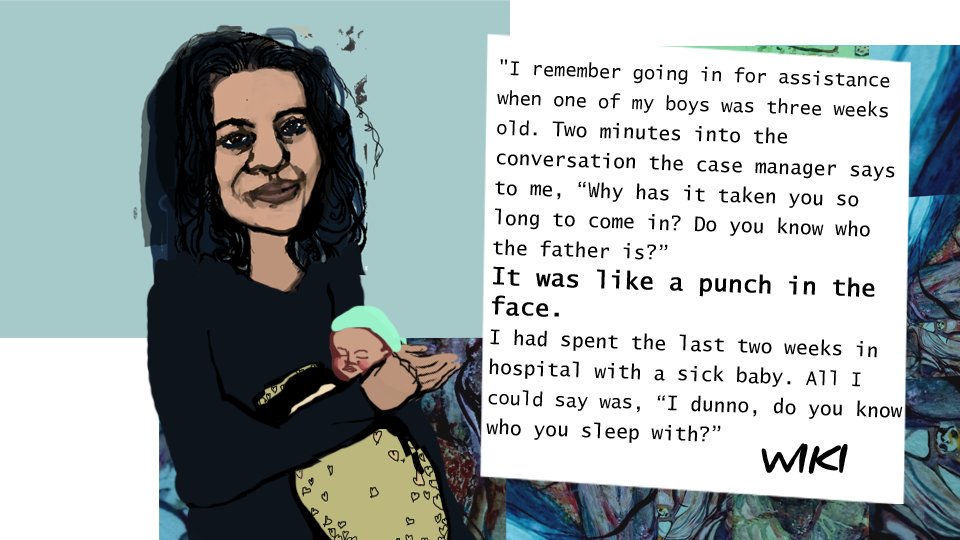