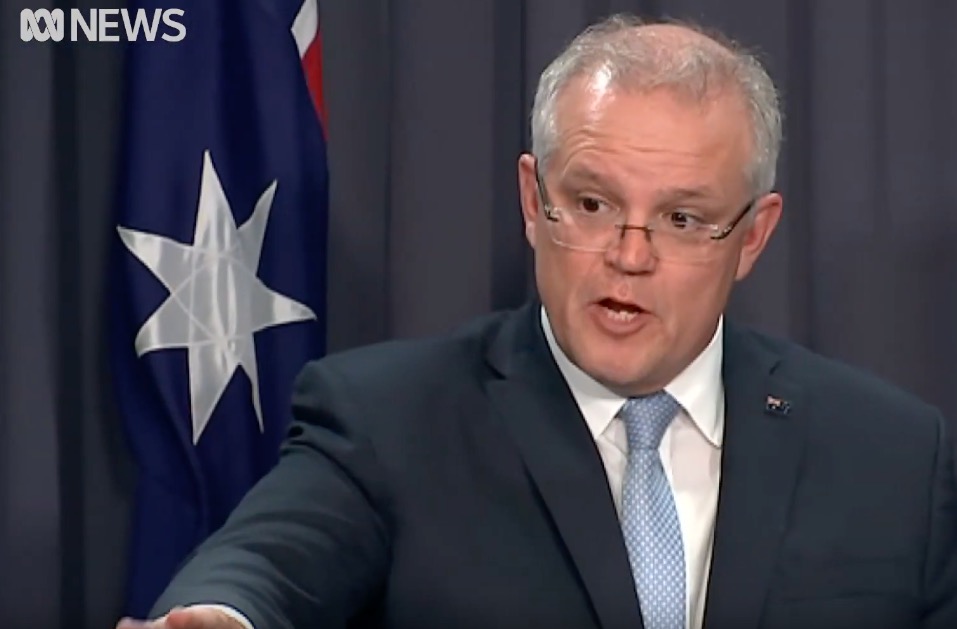 Concerns have been raised about the tone and content of the Prime Minister's pandemic communications. Image via ABC broadcast

Truth under contagion: civic engagement must not be stifled

Introduction by Croakey: On 18 March, the Public Health Association of Australia wrote to members urging them to show support for the efforts of the Australian Health Protection Principal Committee (AHPPC) and public health professionals advising and supporting the committee’s work on the COVID-19 pandemic.

The letter, signed by president David Templeman and chief executive Terry Slevin, urged members “to recognise, support and reinforce the AHPPC as the lead expert body best placed to make recommendations on the difficult decisions being made daily”.

A bad course of action is for us to challenge, undermine or generate uncertainty around that advice. That will increase confusion and anxiety.

There may be areas where people with legitimate expertise can query the position of the government. But this is best done through constructive professional communication, rather than via the mass media.”

In times of bushfires we did not second guess the advice of the Chief Fire and Emergency Services Commissioner. In times of public health emergency, we should not be second guessing the Chief Medical Officer.”

It came at a time when many health experts and media reports were sounding the alarm about delays in Australian governments’ responses to the pandemic and poor, confusing communications.

Some PHAA members have raised their concerns about the letter on social media (see selected tweets beneath the article below), and senior members of the association – including life members, former presidents and other past and present officer holders – sent a letter to the PHAA board last night, also raising concerns. The board is due to meet today.

In the article below, Professor Fran Baum, a senior public health academic and one of the letter’s signatories, and Paul Laris, acting chair of the Health Consumers’ Alliance of South Australia, write that public health advocates and wider civil society have a critical role in public advocacy at this time.

Civil society plays crucial roles in holding governments to account. Recent decades have seen moves by governments to restrict the voice of civil society in many countries including Australia. Many non-government organisations who hold contracts with the government have found their contracts restrict their ability to advocate. Moves have started to close down the voices of environmental groups who oppose extractive industry expansion plans.

We are now in the midst of the greatest global crisis our world has seen since the Second World War.

How should health civil society react? We are members of two groups (the People’s Health Movement and the Public Health Association of Australia), which so far have taken very different stances on this question.

The Public Health Association of Australia has requested members to accept the advice of the Australian Health Protection Principal Committee (consisting of the States and Territory Chief Public Health Officers and chaired by the Chief Medical Officer) unquestioningly. They further advised members that challenging this advice will increase confusion and anxiety.

By contrast, the People’s Health Movement (PHM) (which is a global network of health activists) is producing updates from country circles which are critical of government actions and examine the political economy of government decision making.

PHM’s website contains an increasing number of perspectives on the national responses to the pandemic and presents an analytical and sometimes challenging voice.

The People’s Health Movement’s position is based on the belief that public health whistle-blowing is vital and that we have a moral responsibility to speak out when politicians may be sacrificing public health values for the benefit of vested interests.

Civil society is most effective when it isn’t beholden to funding agencies or government influence. The People’s Health Movement is a global grassroots movement that receives only a small amount of funding (from a few larger non-government organisations) and this enables us to give frank and fearless advice and commentary on government actions.

Independent voices have proved to be effective in response to the COVID-19 crisis. The herd immunity response of the UK Government appears to have changed as a result of pressure from key public health professionals.

We have seen the same independence from the ABC’s Dr Norman Swan. He has used his journalistic skills to communicate crucial information about COVID-19 with clarity and has questioned some of the government strategies.

Most importantly he has explained the logic of the public health measures. This is vital for popular understanding of why some measures are likely to be better than others.

In Australia the advocacy from groups such as the Anti-Poverty Network and ACOSS helped to influence the government’s decision to double the Newstart (now Jobseekers) allowance. Disability advocacy groups have brought the particular issues faced by people with disabilities and their carers to public attention.

Civil society can also help with the moral and ethical dilemmas thrown up by the pandemic.

Many of the important decisions to be made concerning the COVID-19 will require ethical judgement. We are already seeing that in Italy where there are insufficient intensive care beds to meet the need.

Public discussion informed by public health professional perspectives is vital and the debate will certainly involve questioning of government decisions.

Civil society can take a principled position and argue the case for equity. Thus some members of the People’s Health Movement have put the case that social distancing protects the middle class while many working class people will not be able to social distance because they earn their living from working in casualised situations where they are exposed including as people delivering the food to others who are social distancing.

Civil society has a role to play in advocating on behalf of those who are living in disadvantaged circumstances. With just about every disease and health condition there are groups of people who we know will do poorly compared to others. This pandemic will be no exception. Indigenous peoples, those living in poverty and people with disabilities will suffer more. Advocacy on their behalf will be vital.

In the past decades public health has moved from being a top-down directive profession to one which has embraced the importance of community empowerment and participation. This has been in part because of the recognition that top-down unquestioned strategies do not work as well as those that tap in to and encourage a collective wisdom. Civil society has been svital part of this movement.

There is huge uncertainty concerning COVID-19 and everyone is out-of-their depth to at least some extent. The evidence is not always clear and advice is changing as new evidence emerges.

Strategies based on two-way communication rather than unquestioned acceptance of top down messages are vital to ensure that people feel more in control (which we know matters for the mental and physical health, regardless of COVID-19) and will be more likely to accept advice when it is open to question and debate.

Australia’s response to HIV AIDS was exemplary in demonstrating the crucial and successful strategy of community engagement and open communication. It also highlighted the vital role of civil society as a voice for the most affected groups.

The absence of clear and open communication that explains why decisions have been taken leaves much more room for incorrect information to circulate and be believed.

Civil society can also amplify the messages from health professionals who question government and its officials based on evidence. Current examples are Dr Richard Horton, editor-in-chief of The Lancet and Professor John Ashton, a former President of the UK Faculty of Public Health Medicine.

The COVID-19 pandemic is changing our world in ways that were unimaginable just a month ago.

Civil society has a vital role to play in ensuring that this crisis is used to plan for a future that is healthier and more equitable. The crucial elements of this society should be:

We will also need to ask why the warnings about the coming pandemic (for example, Laurie Garrett’s The Coming Plague) were not heeded.

Inevitably our retrospective assessment will require us to be critical of the government and ask questions about why warnings were not taken seriously.

We must ask what needs to change to build our governance capacity to acknowledge and address impending risks to public health. To do otherwise is an abrogation of the role of public health civil society to defend and promote the people’s health.

In sum, the purpose of government is to be a custodian for its citizenry. The role of civil society is to assess evidence and be brave in assessing government performance.

Public health civil society organisations assist the democratic processes of open debate about society’s responses to health crises. They argue for a better future in which health equity is the primary lens for all crucial public health decisions.

• Fran Baum is a past president and life member of the PHAA, Co-Chair of the Global Steering Council of the People’s Health Movement, and a Matthew Flinders Distinguished Professor of Public Health and Director of the Southgate Institute of Health, Society and Equity at Flinders University.
Paul Laris is acting chair of the Health Consumers’ Alliance of South Australia.

From Twitter, re PM and CMO media conference on 22 March 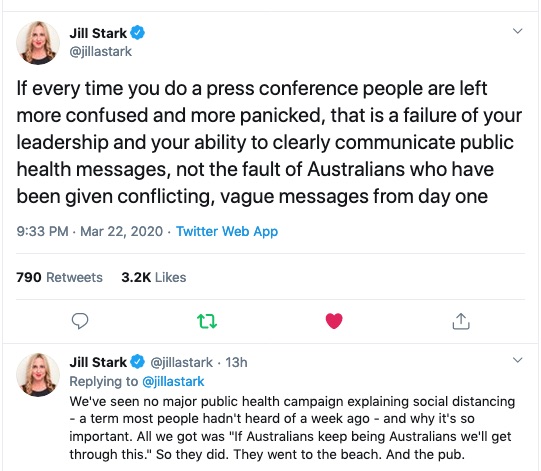 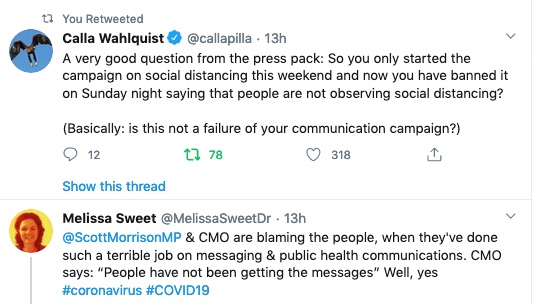 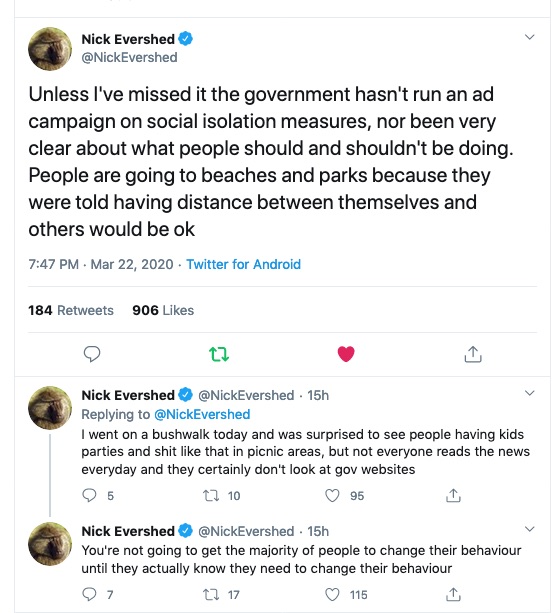 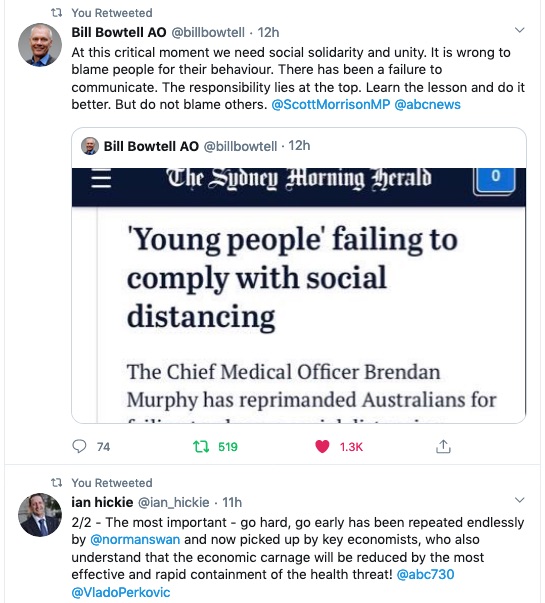 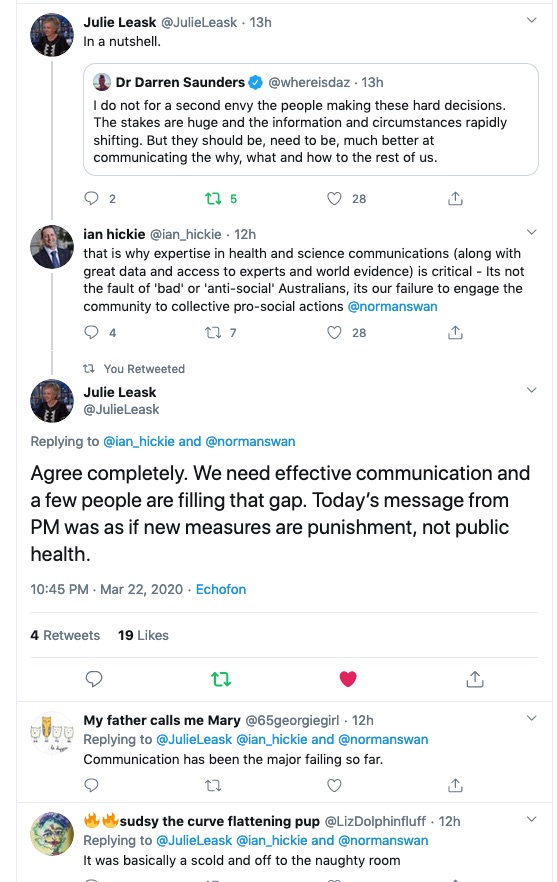 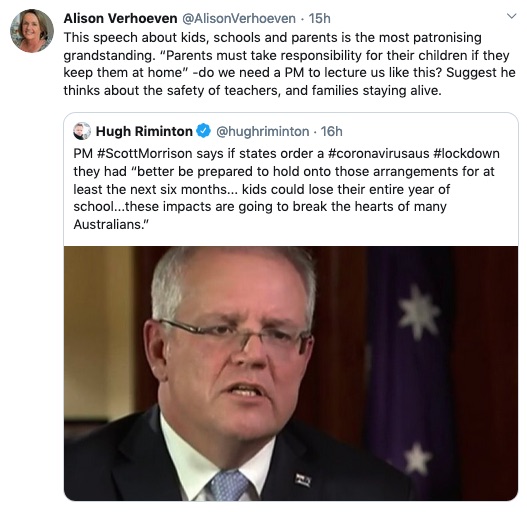 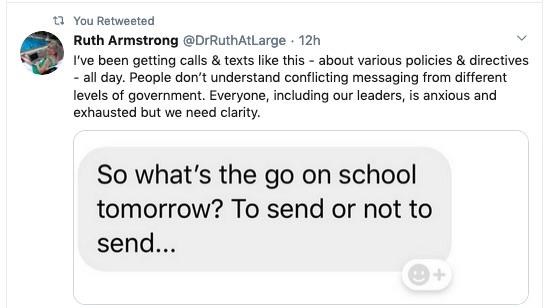 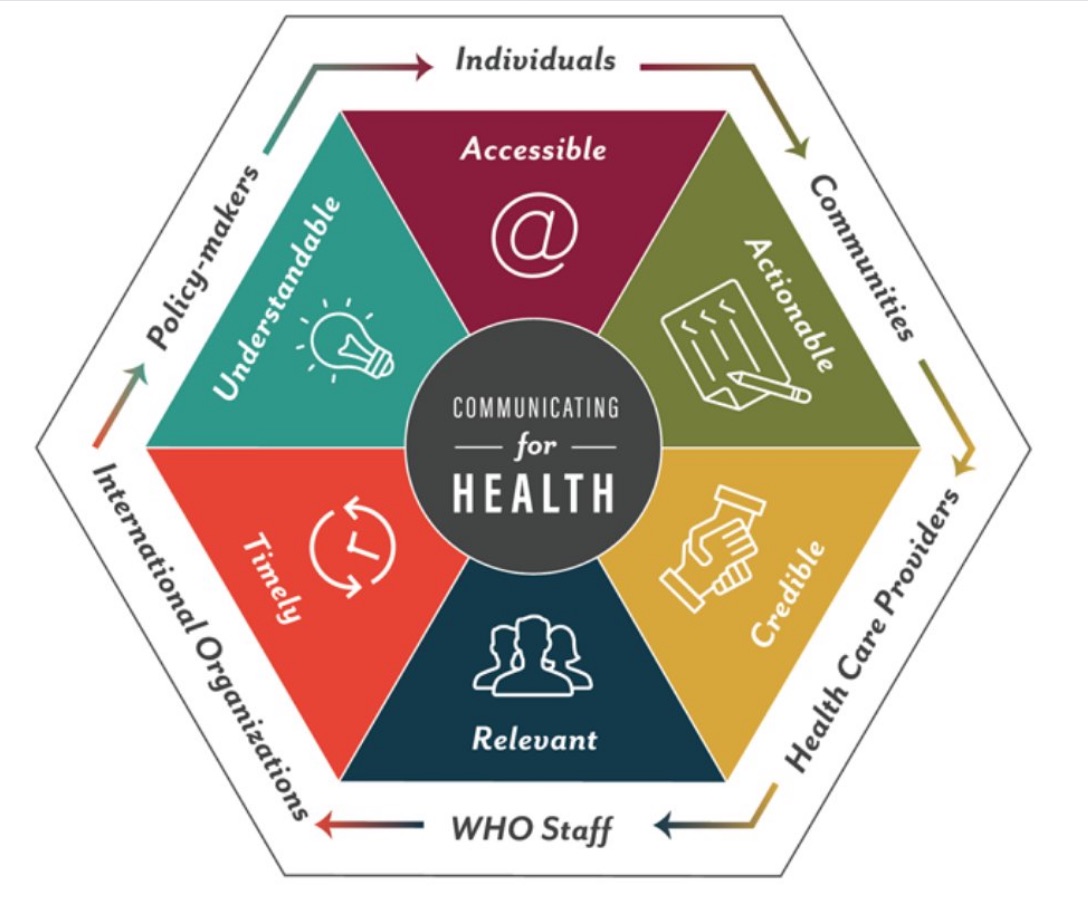 Referring to earlier communications by the PM 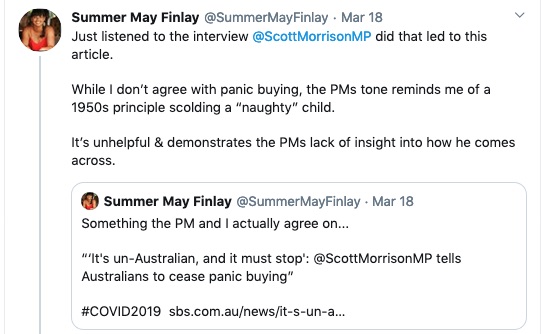 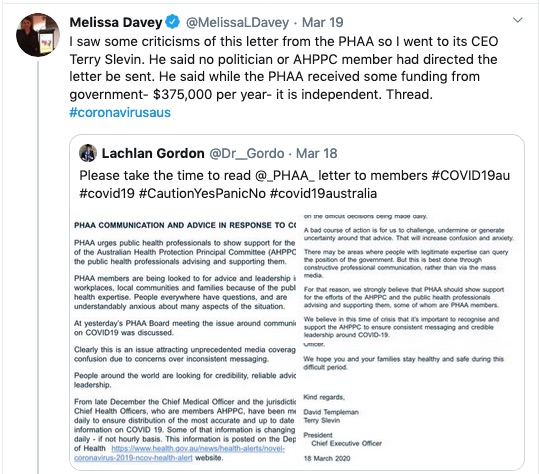 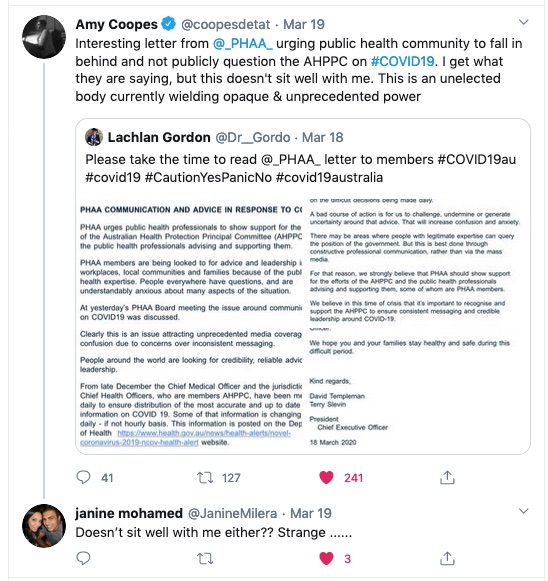 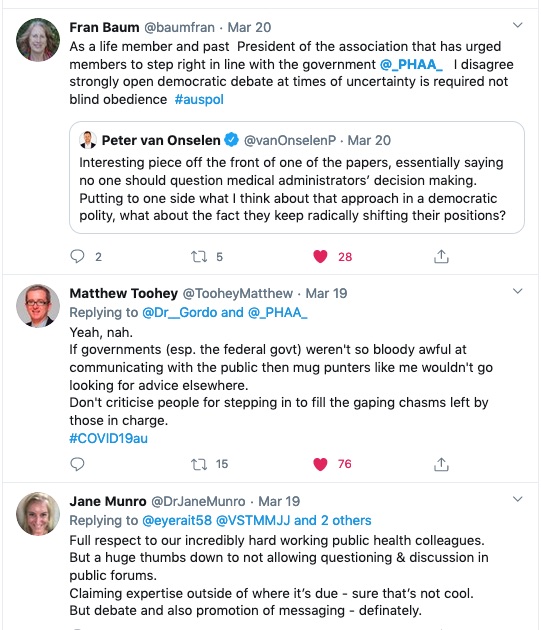 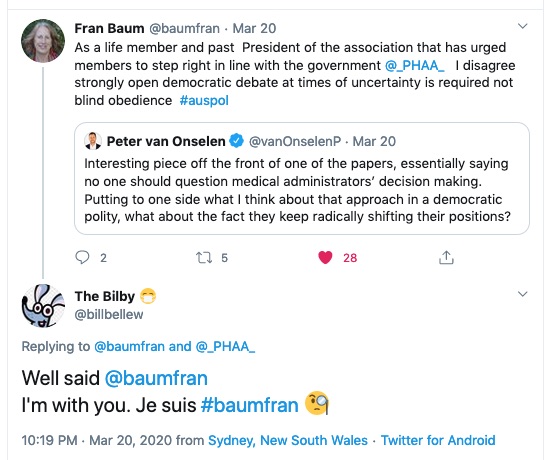 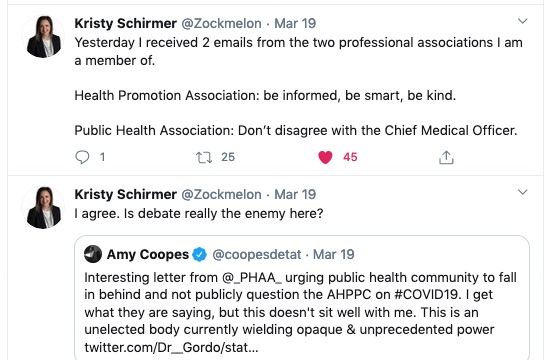 Support for the PHAA’s position was also expressed 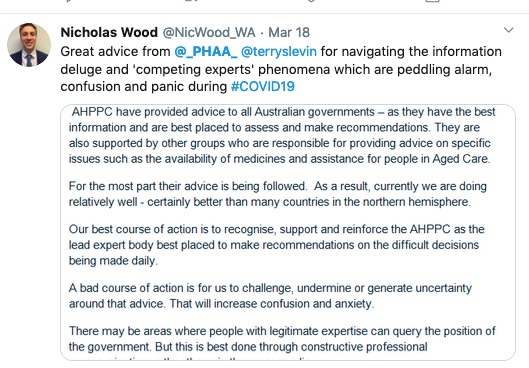