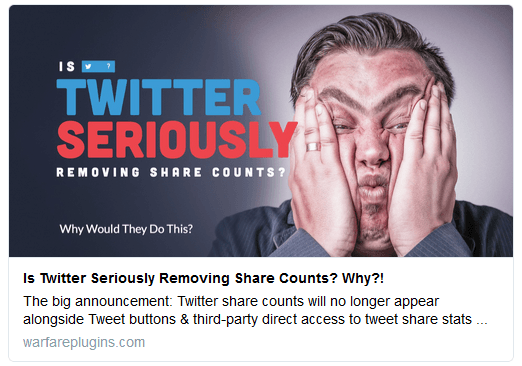 Some say this is good. Others say it’s a big, radical and disappointing change  – and have launched the #SaveOurShareCounts campaign (on Twitter of course).

Croakey’s creative director and website developer Mitchell Ward explains in the post below (cross posted from his Rock Lily Design blog) why it’s a blow for news services like Croakey. 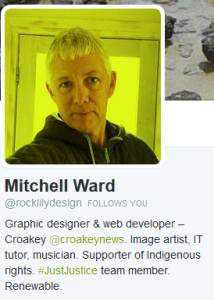 Forget about Angry Birds, many Twitter users are really angry about the changes the company has made over the last few months – some would argue since its debut on the New York Stock Exchange back in November, 2013.

For a lot of users, the most profound change that Twitter has made has only just happened – the removal of share counts from Tweet buttons.  It’s hard to know where to start with this but perhaps it’s good to look at Twitter’s beginnings as a free and open messaging service. Twitter is used in scores of different ways but its primary use and purpose is to share information. Got that? SHARE. It is the sharing of content, whether it is about a great new product or service, an informative article or important public emergency information, that has made Twitter such an exciting and useful platform.

The ubiquitous share count button helps enormous numbers of online retailers, media sites, NGOs, bloggers and public utilities know which content is being shared and to how many.

I have clients who use the very simple share count metric to develop content or products to suit the interest and demand. For example, the independent, public health site Croakey used the share counts to see which articles resonate the most with their users and which stories influenced users on different social media platforms – namely Twitter and Facebook. This simple analysis is invaluable to how businesses or organisations can or should tailor their content. Well that is no more – unless you have the cash. It is not only these useful public analytics that have vanished; the participatory nature of the site is diminished when there is less incentive for people to participate by sharing content.

If course it’s all about the money. Twitter’s ‘share’ price has waned considerably over the past 12 months so the ‘user pays’ motto is alive and well. It is the small players, the shoestring funded platforms, bloggers and retailers that lose out. The big players can afford the premium service GNIP, interestingly owned by Twitter, that provides social data packages.

To quote this article on Mashable:

For larger publishers (including ​Mashable), who already have relationships with Gnip, Twitter’s data arm, nothing will change. Those companies and publishers will continue to be able to publish and glean share counts from share buttons and article links in real-time. It’s smaller publishers and individual sites that will be affected.

But the effect of this change goes further – it affects website administrators, software developers, social media managers etc who need to rethink how they work and with what online platforms. For those WordPress developers or users, this will mean new plugins to be developed and bought. Here’s a link to a particularly energetic discussion of Twitter software developers talking about the changes.

So it seems that the change is here to stay – it may be a small change in Twitter’s world view, but it’s not to the many who are negatively affected. Further, the image of the company is also diminished – revealing its concern for shares not sharing. Twitter is tilting the playing field to suit the big players, who are more likely to be immune to the changes, while the smaller ones find it harder to stay relevant by adapting to change.

It’s interesting that Twitter seems to be de-emphasizing one of its defining metrics with this otherwise minimal redesign. The reasons for doing this are unclear, but it seems shares aren’t as valuable to Twitter as they used to be.

Well put. By removing free and easy access to the share count data, Twitter is alienating the users who helped make it such a valuable, interesting and fun platform. It’s biting the hand that feeds it.

Mitchell Ward is the creative director and website developer for Croakey. He is also principal of Rock Lily Design, with creative skills in both website development, photography and videography, and is a keen musician and artist. He tweets at @rocklilydesign 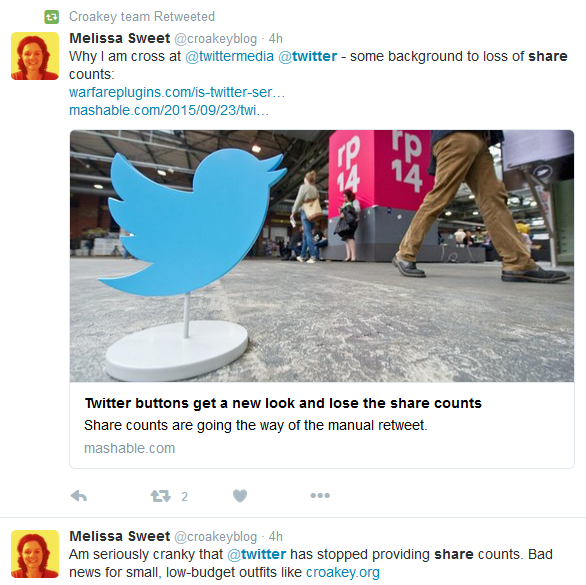 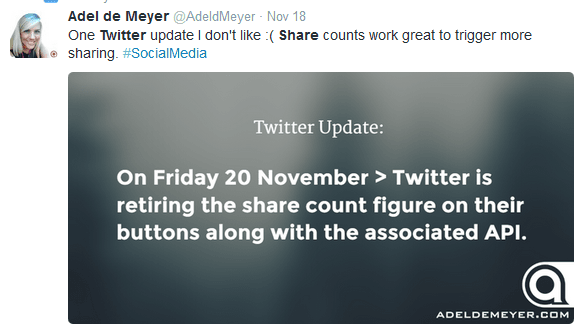 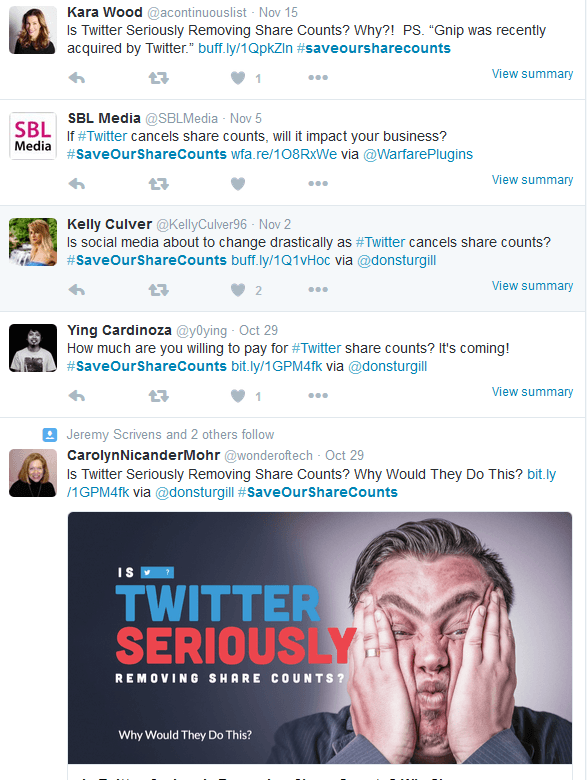