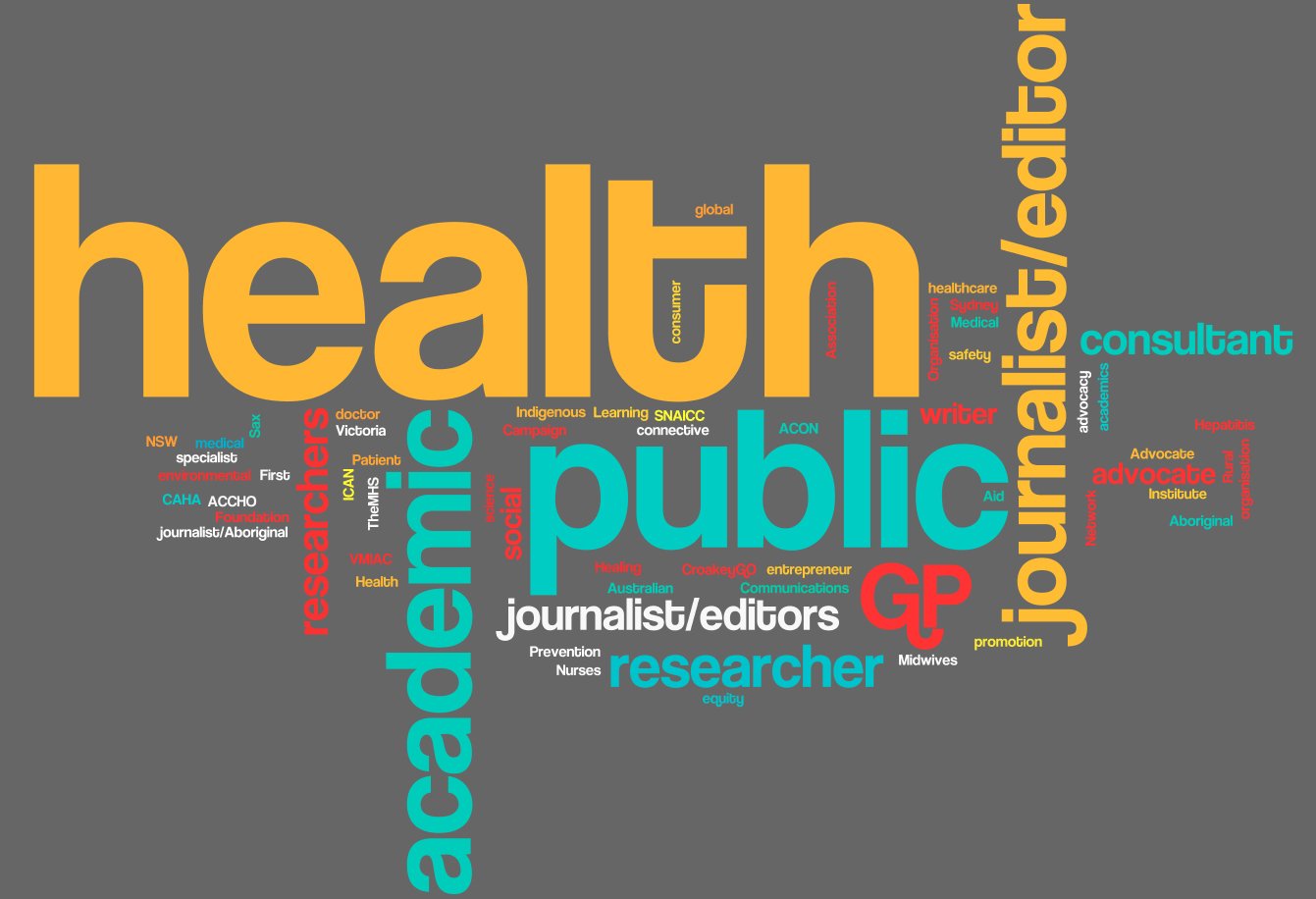 Word cloud showing who tweeted for @WePublicHealth in 2017

Unpacking the collective impact of @WePublicHealth: check out the latest news

@WePublicHealth tweeted from Scotland, London, Dublin and New York (covering negotiations at the United Nations on a nuclear weapons ban treaty), and from across Australia – though we did not have as many tweeters from the Northern Territory, Queensland or Tasmania as we would have liked.

As shown by the word cloud below, topics receiving the most coverage included Indigenous health, climate change, the social determinants of health, social change, justice and prevention.

Since @WePublicHealth launched in August 2013, inspired by the work of @IndigenousX and other rotated accounts, guest tweeters have collectively sent 51,800 tweets and the account has gained 11,800 followers.

In 2017, the 80 guest tweeters for @WePublicHealth collectively sent 3,689 tweets, ranging from 77 tweets in August to 480 tweets in January.

The word cloud in the feature image at the top of this article shows the backgrounds of the guest tweeters, with most being from public health, academic and/or journalism backgrounds.

The charts below give an overview of the guest tweeters.

Each week, a sample of the tweets is archived to create a record of topics covered – and you can read the full 2017 archive here, or a summary at: WPH_GuestsData_2017 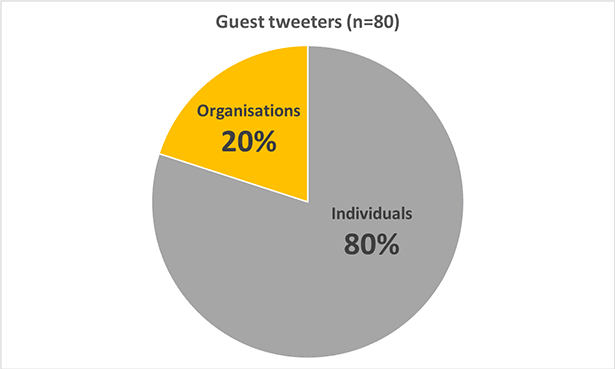 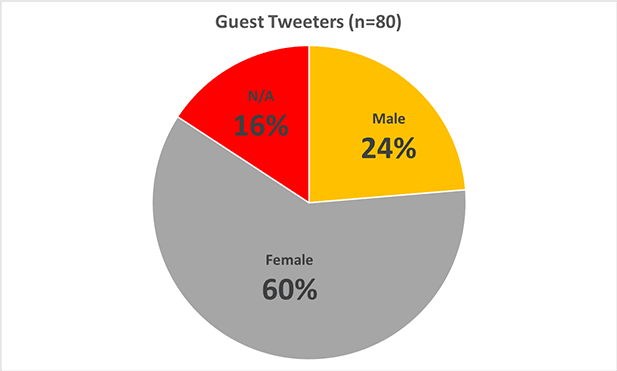 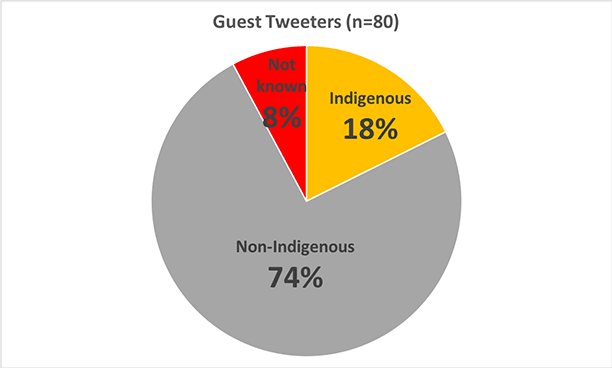 The account is run on a pro bono basis; at this stage, Croakey is not remunerated for our time in running it (unless tweeting for the Croakey Conference News Service); nor are guest tweeters paid by Croakey for their time (although many take it on as part of their work activities).

We hope to continue developing @WePublicHealth as a collective platform for public health news and discussions, and offer this overview of the account’s activities for 2017, in the hope that:

See a similar analysis of @WePublicHealth activity for 2016 in this article, and read more in this peer-reviewed article in Australian Journalism Review: Outlining a model of social journalism for health.

Below are the Twitter analytics for each month, showing the top tweets and mentions for @WePublicHealth. Our warmest thanks to everyone who contributes! 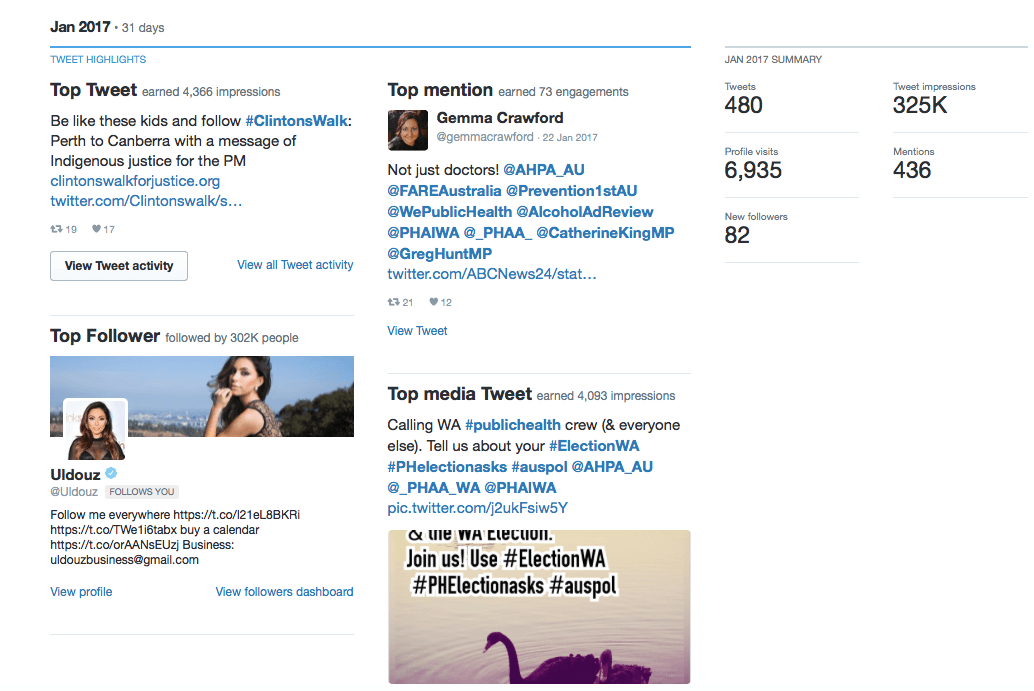 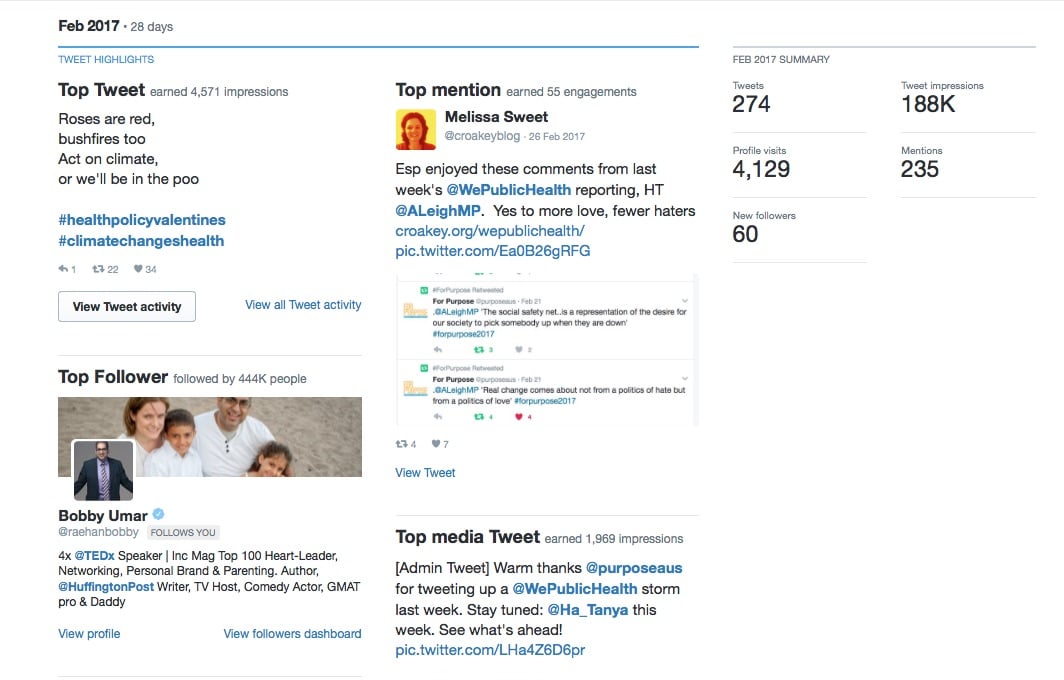 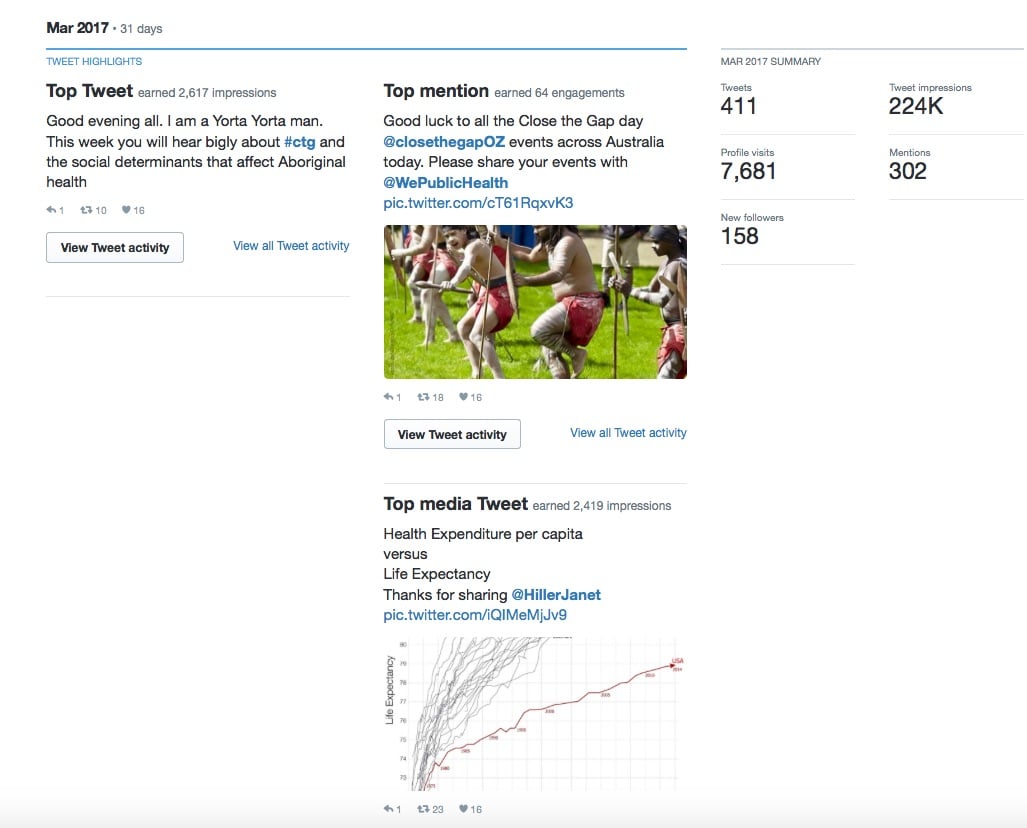 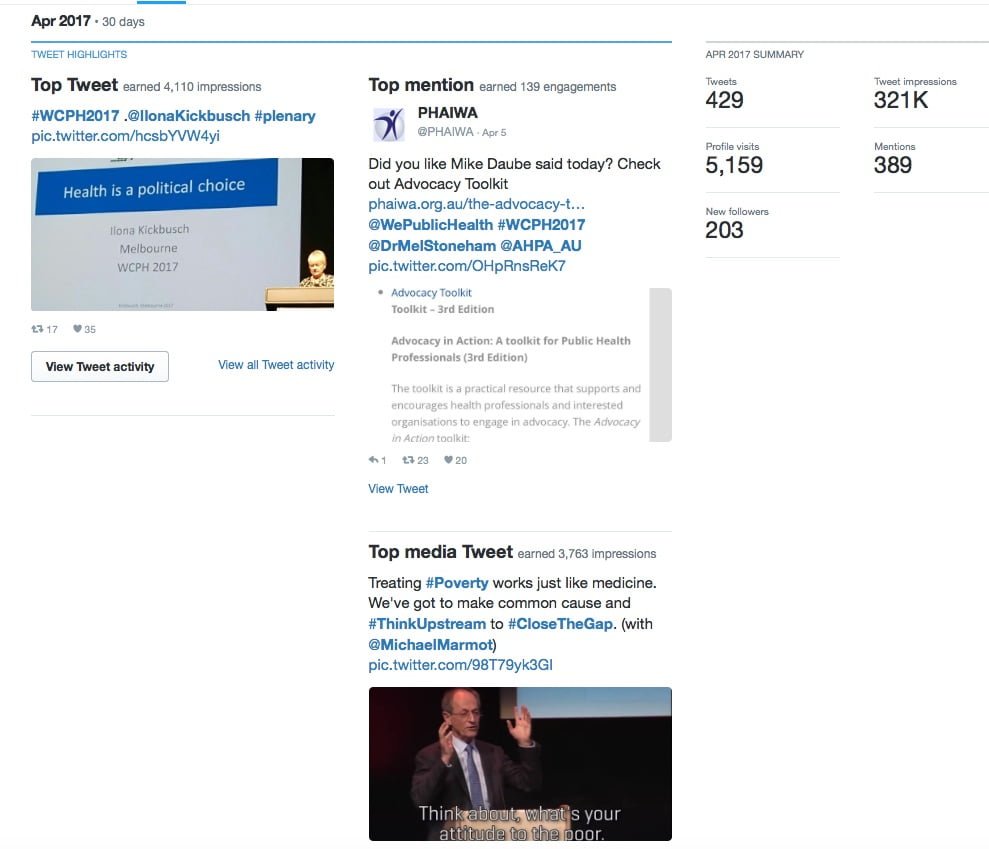 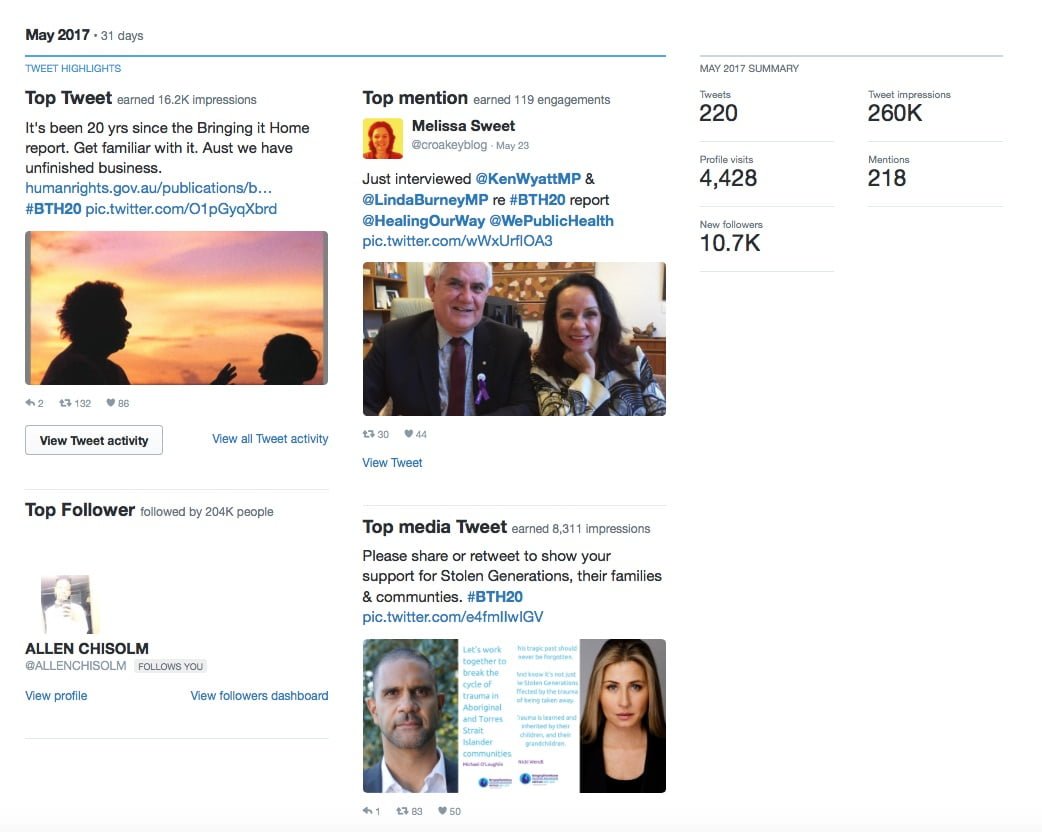 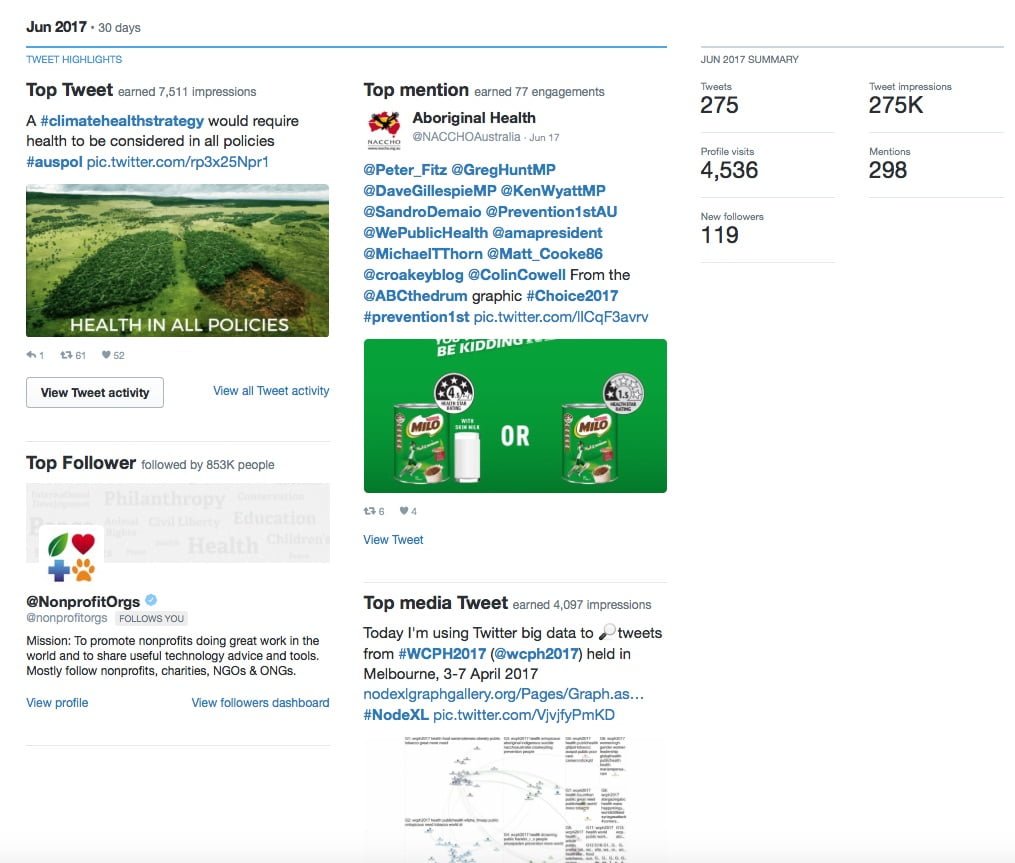 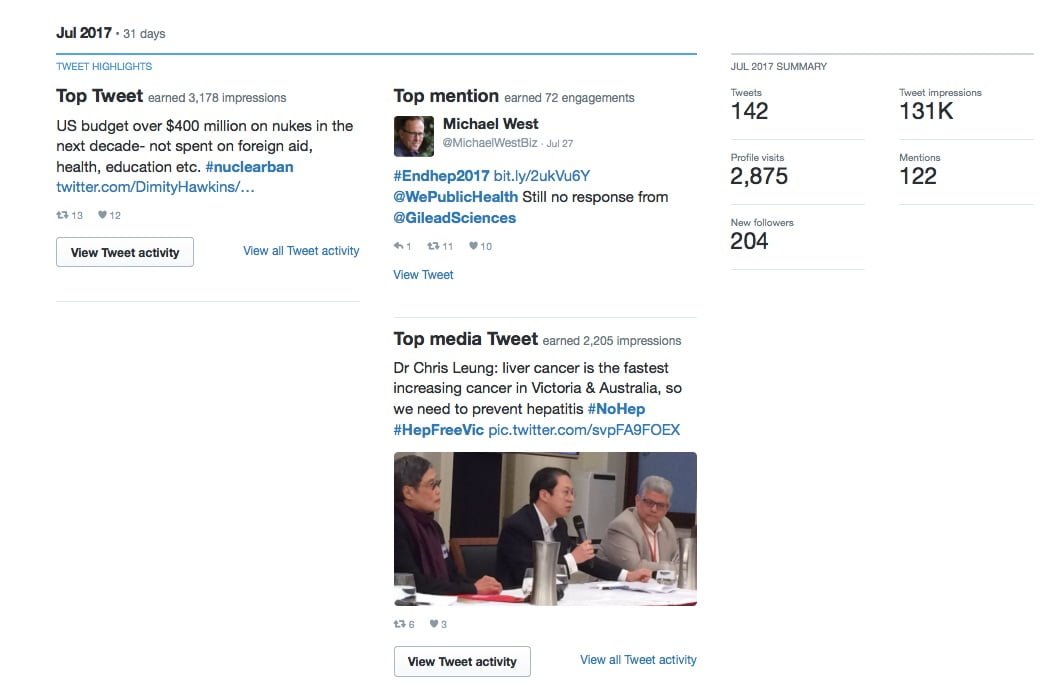 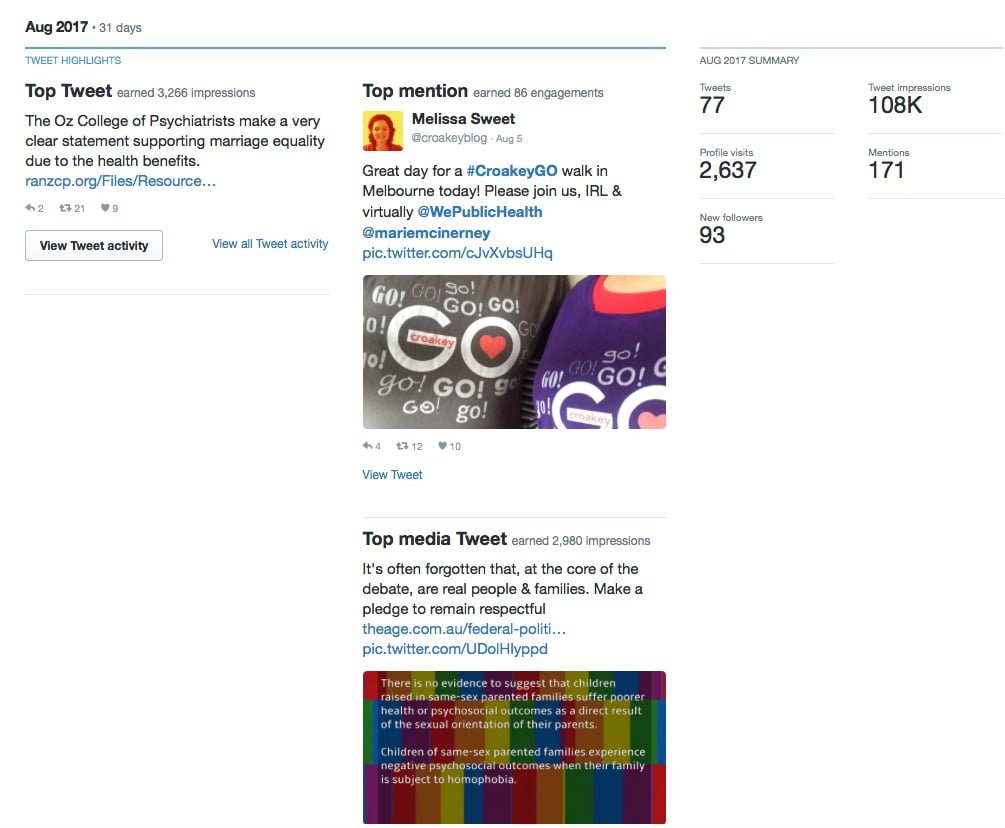 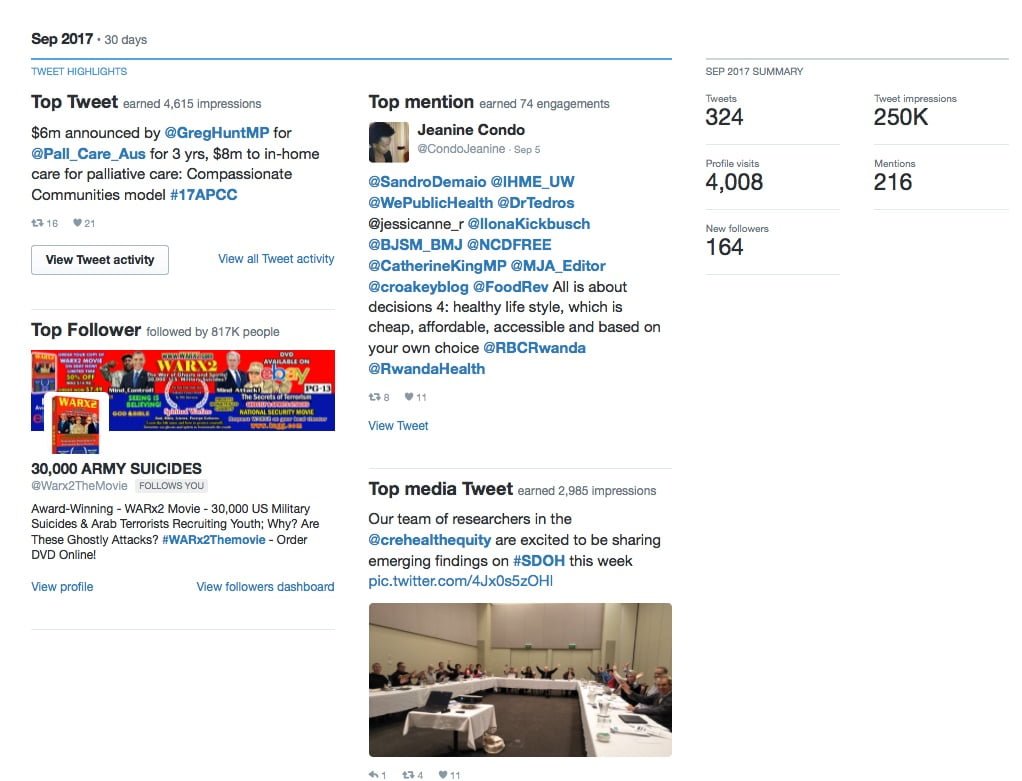 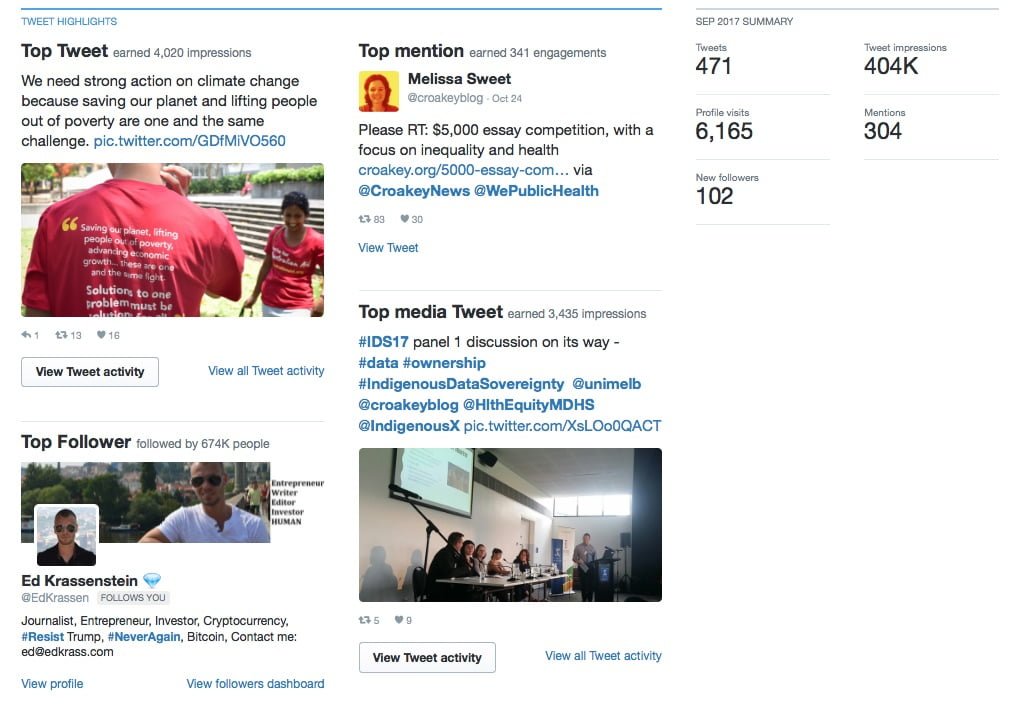 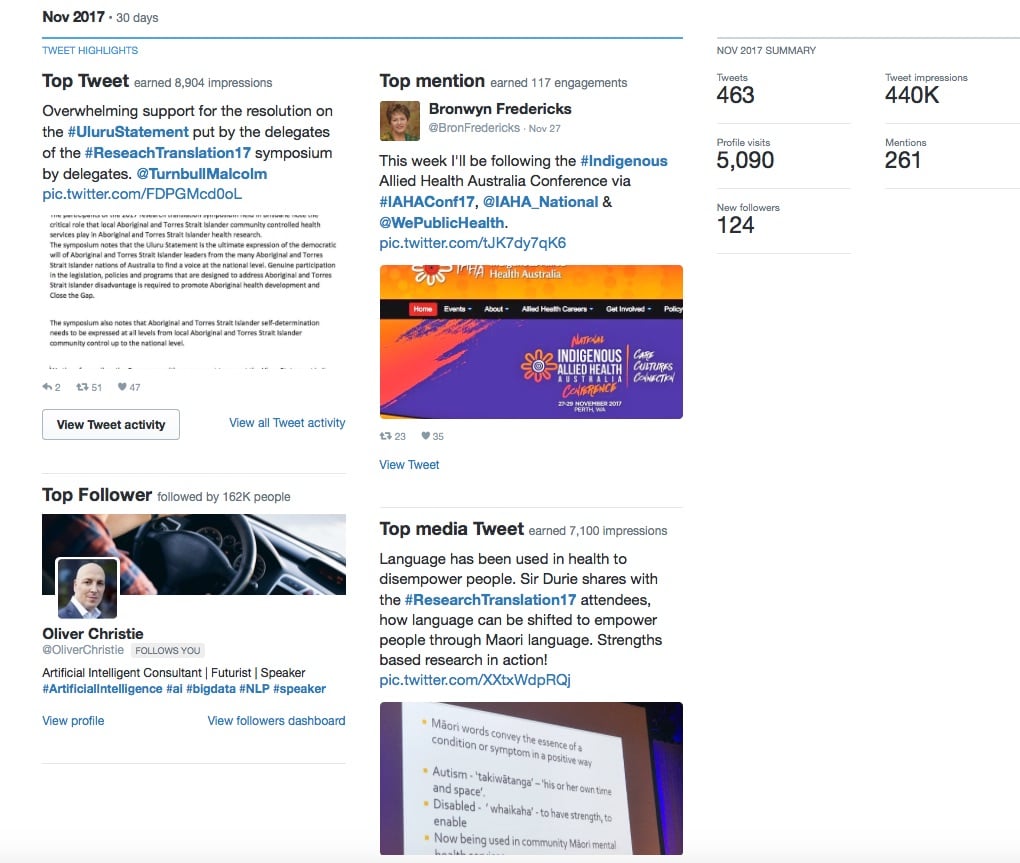 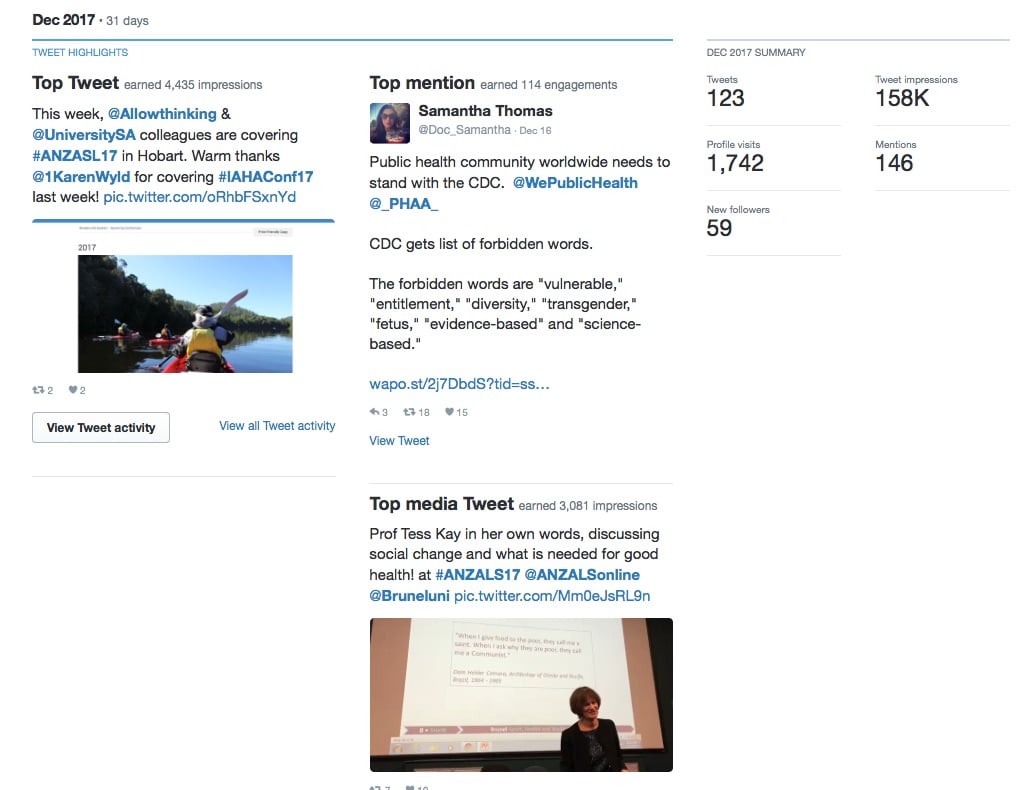