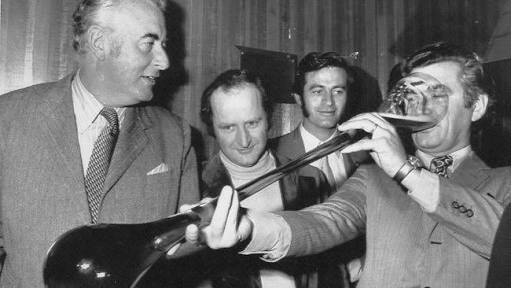 Bob Hawke should be remembered for his role in establishing Medicare and his willingness to overcome opposition from medical groups to the implementation of universal health insurance, according to Croakey editor Jennifer Doggett.

Former Prime Minister Bob Hawke was an unlikely healthcare hero.  In fact, he is remembered in popular opinion more for his capacity to consume copious amounts of alcohol than for any commitment to health issues or causes.

Yet one of the greatest legacies of his prime ministership is Australia’s universal public health insurer Medicare.  Medicare turned 35 this year and is now one of the most popular and widely used programs run by the federal government.  Over 414 million times last year, Australians received a health care service funded under this program.

The beginning of Medicare

Medicare was introduced by the Hawke government in 1984, nine years after its predecessor Medibank, had been established by the Whitlam government and gradually dismantled by the Liberal government of Malcolm Fraser after the 1975 dismissal.

Prime Minister Bob Hawke, together with his health minister Dr Neal Blewett, re-introduced Medibank in virtually the same form, but re-named it Medicare to distinguish it from its earlier unsuccessful incarnation.

While most Australians today take free public hospital care and bulkbilled GP visits for granted, Medicare was never an inevitability.  Doctors’ groups lobbied hard against its introduction and it was actively opposed by the Liberal and National parties well into the 1990s.

In fact, we have the 4-term Hawke government and the five years of Labor government under Paul Keating that followed, to thank for providing the stability and continuity required to embed Medicare into Australian life.  Had it not been for this 12 year stretch of (relative) political and economic security, it would have been easy for Medicare’s political opponents to dismantle it, as they had done previously, once they regained government.

Hawke’s legacy lies not just in his successful re-introduction of Medicare and ongoing support for universal healthcare throughout the rest of his time as Prime Minister.  His ability to make radical policy changes for the benefit of the general public, against the direct wishes of the powerful groups in the health sector, provides useful lessons for the political leaders of today.

Whoever wins the election on Saturday will inherit a health policy environment not unlike that faced by Hawke and Blewett in 1983.  They came to power at a time when the health system was heading for a crisis.  Health care costs were rising and health insurance funds had no power to contain these costs. This lead to a continuing spiral of rising premiums, leading to lower risk members leaving, leading to a higher risk pool of fund members which in turn drove more premium increases……etc.

Hawke and Blewett recognised that major reform of the health system was required and knew that reforms were not going to come from the groups which dominated the health system, such as doctors and hospitals.  In supporting Medicare they took on the vested interests of the medical profession and fought public relations battles with medical peak bodies opposed to the introduction of a universal health insurer.

As in 1983, the party that wins on Saturday will inherit a health system plagued by rising costs and associated access and equity issues.  To implement the reforms required to address these issues, the incoming Prime Minister and Health Minister will need to take on the vested interests within the health sector and be prepared for a long and challenging battle.

Bob Hawke played a major role in establishing Medicare as one of Australia’s most successful and valued social programs. But perhaps his greatest legacy is the lesson that history rewards leaders prepared to battle the interests of the few for the benefit of the many.