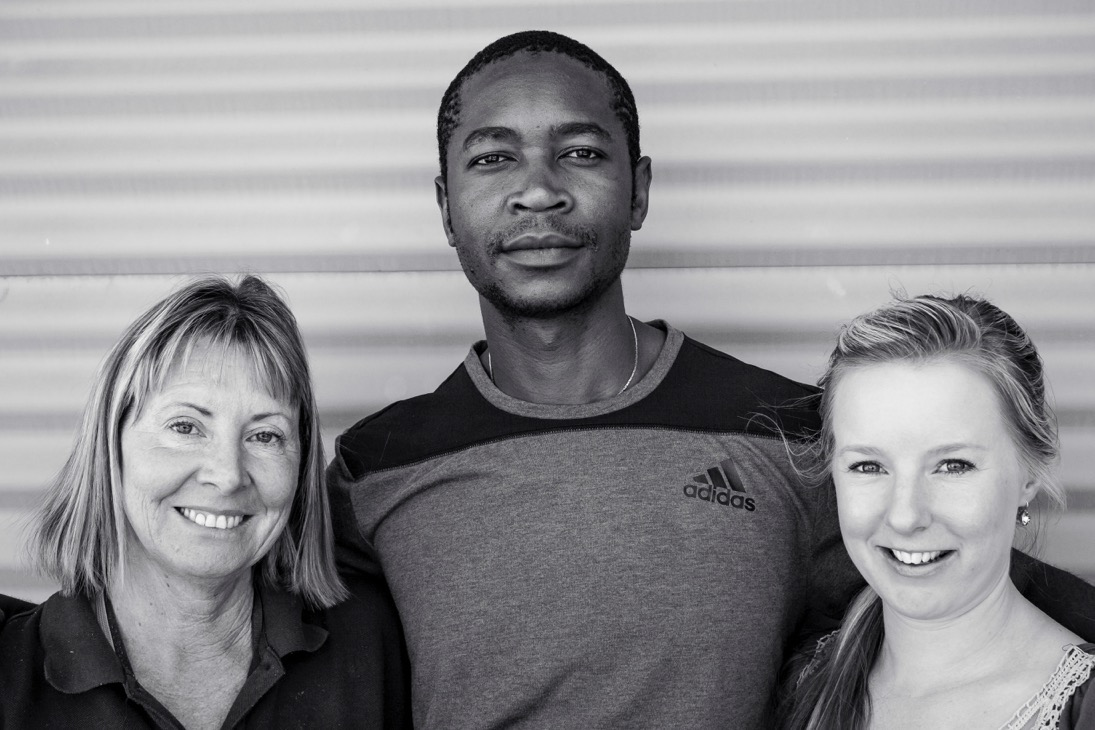 On the 29th April 2016, in the seaside village of Stansbury on Yorke Peninsula in South Australia, one thousand tearful faces turned skywards as a Royal Flying Doctor Service (RFDS) plane flew low over the mourners gathered on the oval for the funeral of an exceptional remote area nurse, Gayle Woodford.

Gayle had worked for 4 years in Fregon, a small, isolated community of of 300 people, in the remote Anangu Pitjantjatjara Yankunytjatjara (APY) Lands of north western South Australia. It was in this community that she was senselessly murdered just before Easter this year.

How fitting that an RFDS plane flew over as a mark of respect for this 56 year old nurse who had started remote area nursing on the APY Lands about 5 years ago, choosing to take on a year long contract at Fregon clinic after some time in several other communities as a locum nurse.

At the end of her year in Fregon, Gayle had unfinished business. She knew that the best chance of improving the health of this small, disadvantaged community was for it to be served by the same team of health professionals providing continuity of care.

Soon after starting at Fregon, Gayle was joined by two other remarkable nurses, Belinda Schultz, a 24-year-old midwife from Geelong in Victoria, and Phibion Takawira, a nurse from Zimbabwe.

I had come as a part time doctor to Fregon in July 2011. At that time, Fregon clinic was staffed by a stream of locum nurses. After nearly 10 years working as a GP in remote communities mostly in the Northern Territory, I found in Nganampa Health Council, which administers the health care of the APY Lands, a management model which worked well as shown by a high retention of its workforce, in particular nurses and doctors working on the ground.

When Gayle, Phibion and Belinda started almost simultaneously at Fregon, it was obvious an exceptional team had gravitated to this isolated spot. Pure luck had brought these three together.

Fregon is a very dysfunctional community, with high levels of violence, poor school attendance and significant alcohol and marijuana consumption. I had never worked in such a place before, where violence went unchecked, mostly due to the closest police residing at Mimili, around one and a half hours drive away.

Although a local person had been elected as a manager of the clinic, his appearances were few and far between.  It seemed that his position was not to help the staff in the day to day running of the clinic, but to make sure the clinic was meeting the demands and expectations of the people of Fregon.

It was not unusual for violence and verbal abuse to erupt in the clinic on a daily basis. In fact, when the nurses and myself debriefed at the end of each day, we noted how rare it was for a day to pass without some altercation erupting either in the clinic or the community.

From July 2011 until my recent resignation, I worked as a GP at Fregon on a 2 weeks on, 2 weeks off rotation, for 16 weeks of the year. During my two week stints back in Sydney I processed Fregon’s pathology and other medical documents via a remote server. It was this that kept me close to the mighty Fregon nursing team and helped keep a continuity of care which is so necessary for good health outcomes.

Gayle was such an integral part of this extraordinary team of nurses. She was an exceptional nurse, probably the best nurse with whom I have worked in my nearly 45 years of working in health. The details of her murder on the 24th of March — a night on which she was ‘on call’ — are the subject of an ongoing police investigation. After almost 4 years of tireless, uncomplaining and totally professional service to the people of Fregon, her body was found 2 days after she was reported missing, in a shallow grave just 1.5 km outside the little community.

Gayle brought exceptional nursing skills to Fregon. As a qualified Diabetic Educator, she could work miracles on chronic diabetic foot ulcers. Within 2-3 weeks, a weeping   ulcer for which the patient had been hospitalised for 6 months, would completely disappear. She instinctively knew which bit of skin to whittle away and which dressing to use to bring about her magical ulcer disappearing acts.

The incidence of diabetes in remote Aboriginal communities is very high. Once the maximum oral drugs have been prescribed, insulin injections remain the final resource. With gentle persistence, Gayle took on the management of patients requiring insulin. Within weeks they had learned to read their own blood sugar levels self-administer insulin. Literacy was no barrier. Her patients learned to recognise the patterns of numbers as she gradually increased their doses.

Working in such a challenging community led to ongoing energetic discussions between the nursing team and myself about the management of difficult patients. Gayle would listen, then process, quietly trying yet another way to manage seemingly insurmountable patient problems. I never knew her to give up on anyone.

Gayle excelled as a team member. She gave more than required, always willing to help out if needed even if she was not on duty. She worked tirelessly, and even after a busy night responding to often non urgent requests by patients who woke her from her slumbers, she was at the clinic in the morning, ready for another day’s hard work.

It was almost impossible to get a cleaner for Fregon clinic, leaving the staff either to clean it themselves or reap the effects of working in an environment of pus, snotty tissues and diarrhoea sodden nappies often left scattered in the clinic and waiting area.

Gayle turned up to work one day looking noticeably unwell with an infected skin lesion. It took a fair bit of encouragement for her to allow Belinda and I to see and treat the lesion, which would have had any other person in bed on intravenous antibiotics with a medical certificate for a week, or even on an evacuation to Alice Springs. But Gayle, in typical fashion, refused to make a fuss, finally allowing Belinda to give intravenous antibiotics and perform daily incisions and debridement. Also true to form, she refused to take one minute off work. Such was her dedication, such was her desire not to let her team down, and such was her reluctance to take on the role of patient or draw attention to herself.

Gayle’s talents extended far beyond the clinic. In particular, she was a gardener. Her ability to turn that red desert dirt into an oasis of vegetables, vines and fruit trees was miraculous. She collected dung from the wild horses, donkeys and camels which populated Fregon and its surrounds and dug it into the soil. Using wild bamboo from the block next door she constructed protective havens for her precious produce, keeping the birds at bay with nets and shiny objects, often scavenged from the tip. Fruit trees which had struggled elsewhere suddenly blossomed under her care; her first lemons were ready for harvesting at the time of her death.

Whenever I arrived in Fregon, one of my first ports of call was Gayle’s house, where I was conducted on a tour of the garden. With armfuls of produce I’d settle into the doctor’s house for my 2 week stay, nourished by her delicious fresh organic produce.

With Gayle’s death has come an enormous overhaul of security at all remote clinics throughout Australia. To make these places safe will require the spending of money which I doubt governments are willing to spend.

In particular, I could not return to the place without Gayle. Her spirit would be everywhere. I would hear her laugh, I would see her in every corner of the clinic and I would weep. The emotional toll Gayle’s death has taken is so large. Clinic staff and community members alike are struggling.

There is an enormous pall of grief over the whole of the APY Lands and indeed amongst the whole of the remote area medical fraternity. With her death, Gayle leaves behind a huge gap, impossible to fill. A gap as wife of 37 years to Woody, a gap as mother to Ali and Garry, a gap as friend and colleague to many, and a gap as exceptional nurse to thousands.