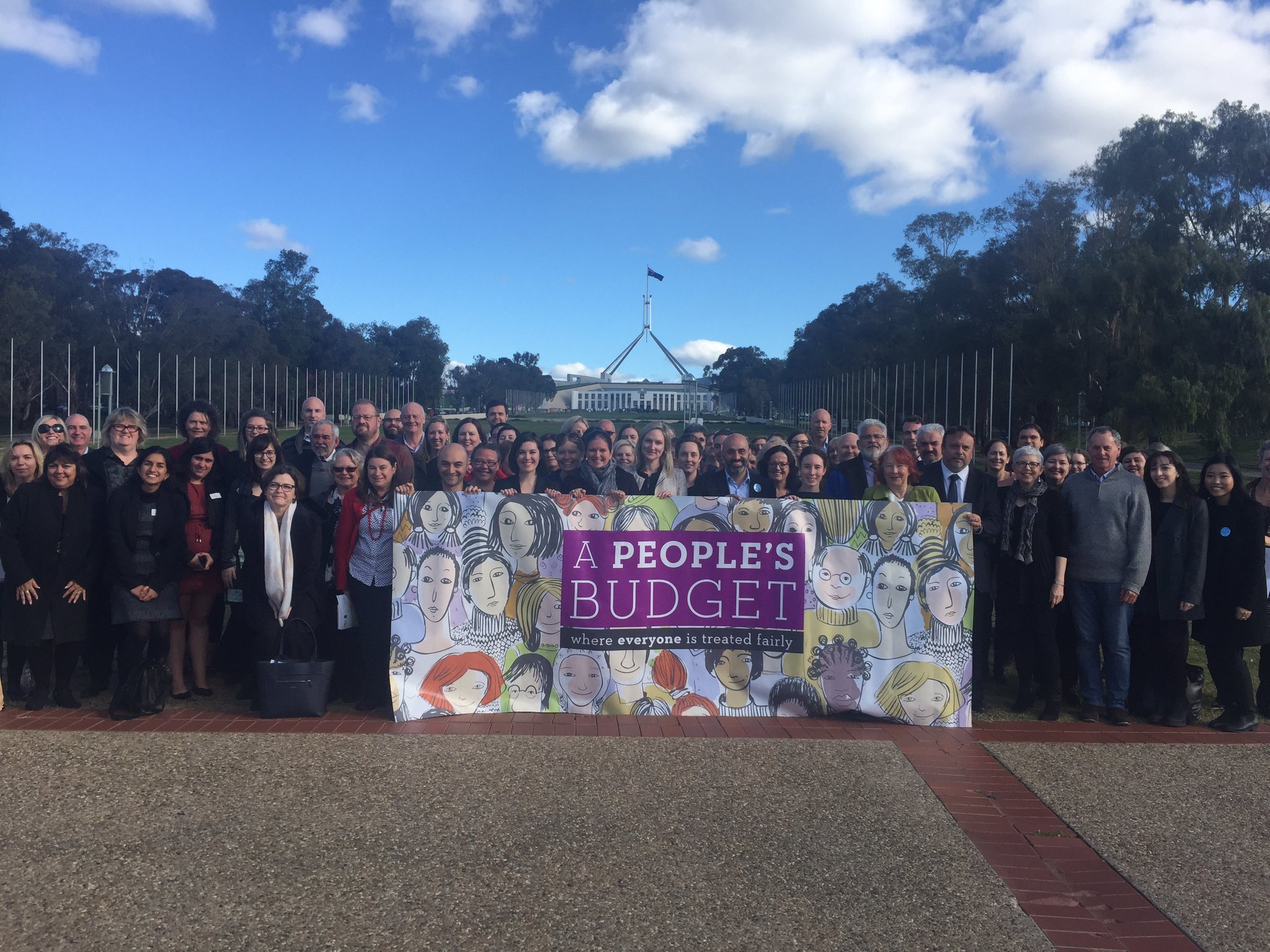 Australia was facing not a budget crisis but a values crisis, a summit of community groups representing some 5 million citizens declared on the eve of the 2017-18 Federal Budget.

The People’s Budget summit, comprising 100 representatives from 73 organisations, converged on Canberra to discuss what a budget would look like which prioritised real needs rather than political imperatives.

Spearheaded by the Australian Council of Social Service, #peoplesbudget canvassed a broad agenda, reflecting the diverse groups represented — from unions and relief and development organisations to Indigenous advocates, legal and justice bodies, environmental and even animal rights groups.

‘Every line in a Budget is about our lives and our communities.”#peoplesbudget

An esteemed list of colleagues to be crafting the #PeoplesBudget with pic.twitter.com/nhiqkAxHEW

Their take home message? Though a political exercise, the Federal Budget had a profoundly personal impact, reaching into homes and hip-pockets across Australia.

Despite this, the summit said the government had lost sight of who the Budget was actually for: the people.

We don’t have a budget crisis, we have a values crisis #PeoplesBudget #Budget2017 pic.twitter.com/CsNvTa5J53

Foreshadowing Tuesday night’s budget as one that would further erode conditions for young people, the unemployed and those living in poverty, the summit called for a renewed focus on fairness and equity, including funding for climate change action.

“What we want to see from the federal budget is one that really puts people’s dignity and respect at the centre of it,” said ACOSS chief Cassandra Goldie.
“Fifty per cent of us are getting by on just $55,000 or less and we want a budget that actually puts those people at the heart of it.”
Delegates brainstormed their vision for a more just Australia, imagining a nation where the Fair Go was more than just rhetoric.

Some of the strong values messages that came out of today’s #PeoplesBudget #auspol pic.twitter.com/qNI9VzGMkM

A #PeoplesBudget creates jobs, gives everyone access to healthcare and education, and makes big corporations pay their fair share pic.twitter.com/i0EdHAKA6Q

We want jobs because they give dignity and inclusion & a fair tax system #PeoplesBudget pic.twitter.com/lFkaX7yrBX

The #peoplesbudget tweetstream is well worth checking out, we’ve selected a few of our favourites below. Keep the conversation going at #healthbudget17, we’d love to hear your thoughts. 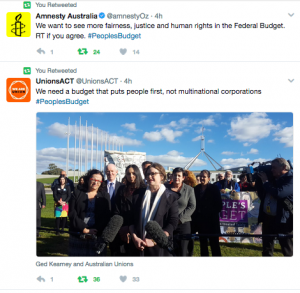 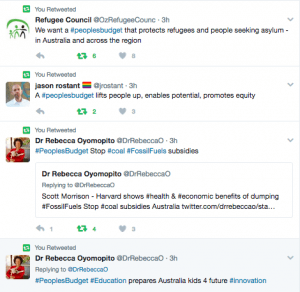 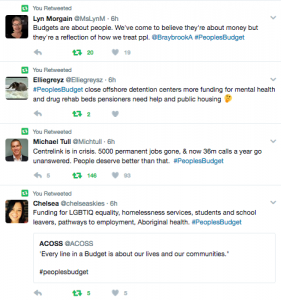 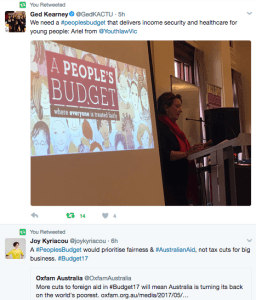 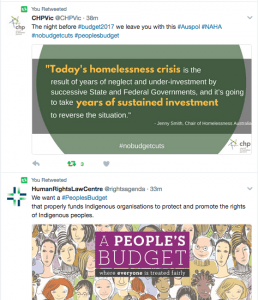 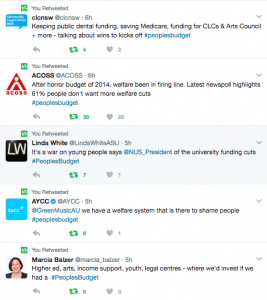 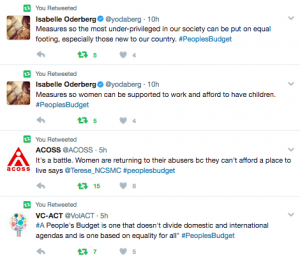 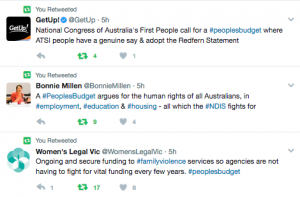 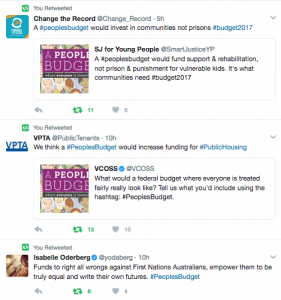