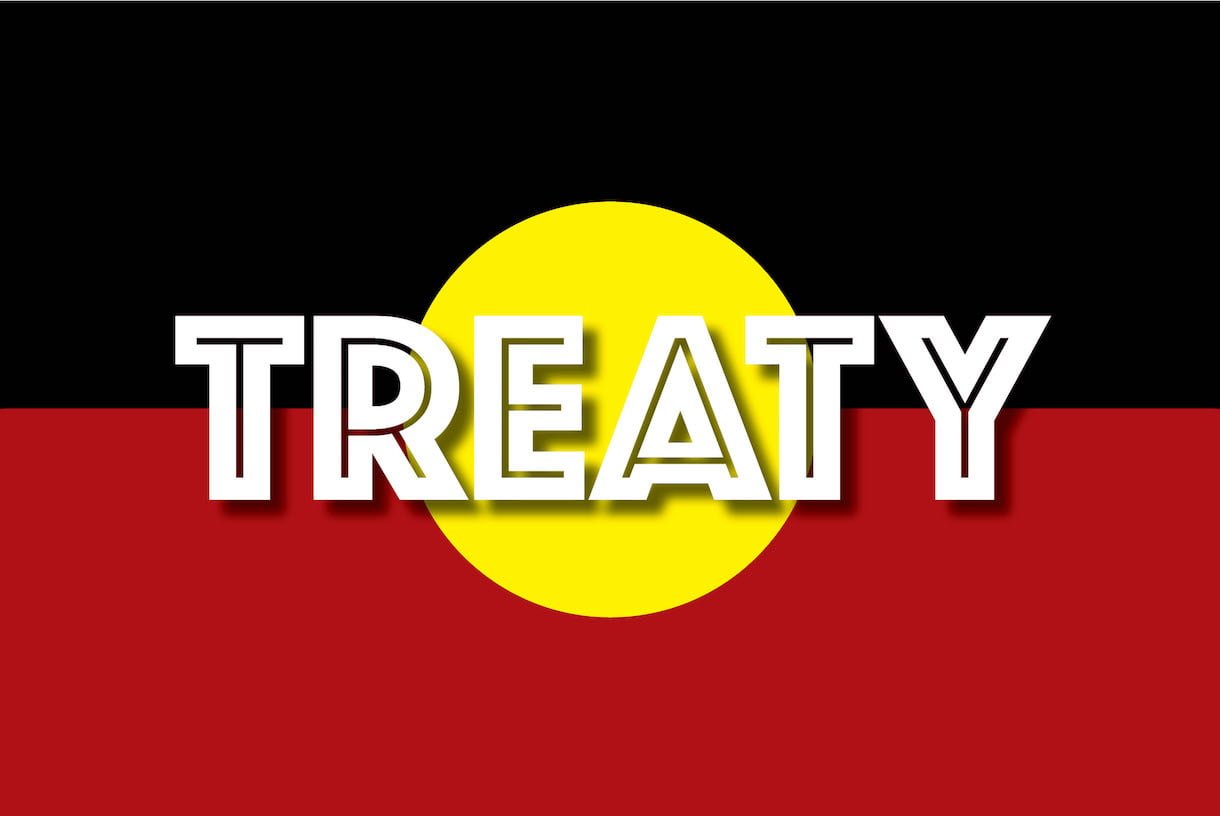 With the federal government’s rejection of the enshrinement of a First Nations Voice in the constitution, as proposed in the Uluru Statement from the Heart, the idea of establishing a Makaratta Commission to supervise a process of agreement-making between governments and First Nations, and truth-telling about our history, also appears to have stalled.

But maybe the states can lead the way. Plans for a Treaty between the First Nations people and the Government in Victoria have been underway for almost two years, and are slowly taking shape.

In the post below, CEO of the Victorian Aboriginal Controlled Health Organisation (VACCHO) and Co-Chair of the state’s Aboriginal Treaty Working Group, Jill Gallagher AO, explains why Treaty is so badly needed, and outlines her hopes for future generations, when the healing and empowering properties of Treaty finally come to pass.

As the end of the year rapidly approaches there is a bright ray of hope on the horizon for Aboriginal people living in Victoria, in the form of Treaty.

For almost two years we have been working as a community towards the goal of a Treaty between the First Nations people and the Victorian Government. It’s an historic process, and one that we hope will inspire and guide the rest of Australia, both at a state and national level.

I’ve been honoured to be a part of the process as Co-Chair of the Aboriginal Treaty Working Group. Our role in this group is not to negotiate a Treaty, but to consult the Aboriginal community on what we would like to see in a representative structure. We have consulted extensively, and continue to consult, with the Aboriginal Community Assembly meeting in recent weeks and releasing a second statement on Treaty.

As CEO of the Victorian Aboriginal Community Controlled Health Organisation (VACCHO) I’ve been working for the past two decades towards improving the health and wellbeing outcomes of Victorian Aboriginal and Torres Strait Islander people. I see a Treaty as fundamental to reaching the goal of Closing the Gap on many of our poor health outcomes as Aboriginal people.

Our mob, as we well know, has been disempowered for many, many generations and with disempowerment comes distress, and comes a lack of resilience. Our self-esteem has suffered and there have been so many social, emotional and wellbeing issues in our community as a result of that disempowerment.

I believe if we are successful in reaching a Treaty it will make a humongous difference in the wellbeing of our people across Victoria. This is about truth telling and healing the past for a better future for Aboriginal people.

Intergenerational trauma is deeply felt in our community from myriad past practices, including the relatively recent Stolen Generations – I work with people born to parents who were stolen, many of my friends were stolen or come from families affected by the woeful policies of the past. In fact, almost 50 per cent of Aboriginal Victorians have a relative who was forcibly removed from their family through the Stolen Generations.

Even right now you just have to consider the disproportionately high number of Aboriginal children in out-of-home care, and the trauma they are suffering from being disconnected from their families, communities and culture. Thankfully the Victorian Government has worked with our communities to help overcome this with its new Aboriginal Children in Aboriginal Care program.

Without doubt intergenerational trauma and a lack of empowerment and resilience leads to inevitable mental illness; we currently have 32 per cent of the Victorian Aboriginal community suffering very high psychological distress, which is three times the non-Aboriginal rate.

But while improving mental health outcomes is incredibly important to our people, it is something that cannot be done in isolation; improving social and emotional wellbeing is also important.

The Aboriginal concept of social and emotional wellbeing is an inclusive term that enables concepts of mental health to be recognised as part of a holistic and interconnected Aboriginal view of health that embraces social, emotional, physical, cultural and spiritual dimensions of wellbeing.

Social and emotional wellbeing emphasises the importance of individual, family and community strengths and resilience, feelings of cultural safety and connection to culture, and the importance of realising aspirations, and experiencing satisfaction and purpose in life.

Importantly, social and emotional wellbeing is a source of resilience that can help protect against the worst impacts of stressful life events for Aboriginal people, and provide a buffer to mitigate risks of poor mental health.

Improving the social and emotional wellbeing of, and mental health outcomes for, Aboriginal people cannot be achieved by any one measure, one agency or sector, or by Aboriginal people alone. It needs to be shaped and led through Aboriginal self-determination with support from government, and that is where Treaty comes in.

A Treaty for healing

I know that many people will dismiss Treaty as a political or public relations stunt. Just look at how the Federal Government has dismissed us on Makaratta. Makarrata is a complex Yolngu word describing a process of conflict resolution, peacemaking and justice. It’s a philosophy that helped develop and maintain lasting peace among the Yolngu people of north-east Arnhem Land.

Reaching a Makarrata is the goal of the Uluru Statement from the Heart, which was agreed in May this year. It’s hurtful and disrespectful to be asked your opinion on something as important as Makarrata and then to have your ideas and solutions be dismissed.

VACCHO has this holistic approach because we know you can’t just deal with health without dealing with housing and other aspects of life. If you haven’t got a roof over your head you can’t be healthy. If you haven’t got a job, that is going to have a negative impact on your health. If you or your family are unfairly caught up in the justice system it makes it hard to build a life. The social determinants of health need to be addressed in a holistic way, and we advocate to Government for that.

Having a Treaty will be a positive step for our mob. It will change the way people think about us, formally recognise what has been done to us in the past, and it will help us heal and overcome so much of this hurt, to achieve better social, emotional, health and wellbeing outcomes for our people.

I want my grandchildren, everyone’s grandchildren, and the generations to come to be happier and healthier. I want us to Close the Gap in all ways possible, and reaching a Treaty in Victoria is part of achieving this critical goal.

*Jill Gallagher AO, is CEO of VACCHO and Co-Chair of the Aboriginal Treaty Working Group.