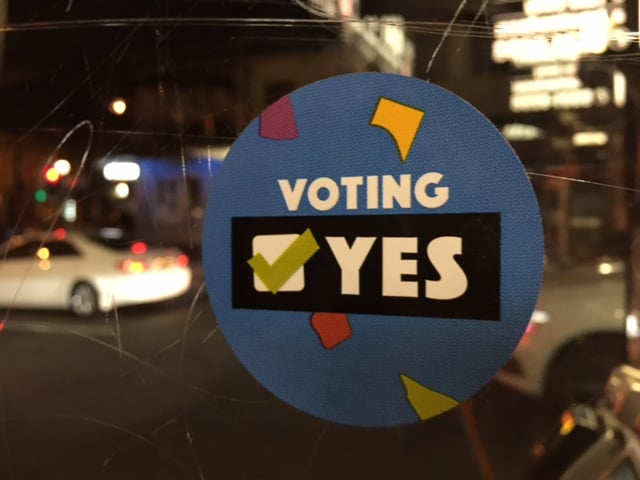 The health and medical establishment have thrown their collective weight behind the #VoteYes campaign for marriage equality.

Recently hundreds of doctors and medical students marched in support of marriage equality, backed by an Australian Medical Association campaign in which current and former AMA presidents declared their support for this important health measure (see this video and some of the tweets below).

Many other health and medical groups have made similar statements, including the NHMRC Centre of Research Excellence in Mental Health and Substance Abuse.

In a position statement dated March 2016, the Royal Australian and New Zealand College of Psychiatrists supports marriage equality based on the evidence “that legislative inequality has a significant and deleterious impact on mental health … and conversely, that there is a strong link between improved health outcomes and legislation change of this sort”.

Meanwhile, a coalition of youth mental health organisation has launched a #mindthefacts campaign to encourage voters to consider the devastating links between youth suicide rates and discrimination against young LGBTIQ people when they cast their vote.

As many as 3000 youth suicide attempts could be averted each year with a ‘YES’ vote for marriage equality, according to organisations behind the campaign – the Black Dog Institute, headspace, ReachOut, Brain and Mind Centre at University of Sydney and Orygen, the National Centre for Excellence in Youth Mental Health.

“As Australia’s leading youth mental health organisations, we see, hear and feel the real and devastating link between LGBTIQ discrimination and youth suicide rates and mental illness every day,” said Jono Nicholas, CEO, ReachOut speaking on behalf of the campaign coalition. “This has only been heightened by the decision to proceed with this postal survey, despite our warnings.”

The postal survey and associated public debate is causing many people great distress and harm, not least because of the prominence given in the media to the No Campaign and abusive, damaging claims being made against same sex couples and parents.

Given the health issues at stake, the media’s pursuit of “balanced” coverage – giving equal weight to the Yes and No campaigns – is a health threat, with reports at The Guardian and Buzz Feed finding that No campaigners are dominating mainstream media coverage (that is without even taking into account the hateful vitriol circulating on social media).

This is yet another example where media practices of “false balance” undermine the public interest and serve public debate poorly, as others have also argued (HT Ruby Ahmad).

As The Saturday Paper reports: “When one side of a “debate” is arguing to deny a historically persecuted minority equal rights, the ABC is virtually bound to promote misleading, hateful and dangerous points of view.”

This is taking a toll on the ABC’s own employees, particularly LBQTI employees, as they deal with “an avalanche of homophobic abuse from the public”.

Let’s be very clear: when the Government opted to run a postal survey on whether Australia should support the human rights of LBGTIQ people, it was entirely predictable that this would lead to the health and wellbeing of many people being harmed.

And let’s not forget the children affected by this inequality and discriminatory debate.

As Dr Andrew Weatherall, a paediatric anaesthetist at The Children’s Hospital at Westmead, Sydney, writes in the article below: “Vote yes. It’s good for kids”.

When you work in a kids’ hospital, you get to meet a lot of impressive kids. On any week I’m likely to have the chance to introduce myself to a few superheroes, members of different royal families, games wizards, writers, artists and sports prodigies. I know this because they tell me all about it. Or sometimes they are teenagers and they look bored at me. They look bored with style though.

The more time you get to spend with kids the more you appreciate how wondrous and unique and sometimes baffling they are. Every day we talk about operations and medical care which can seem weird or flummoxing or scary and those kids will often challenge with the most astute questions. Or maybe steal my stethoscope.

They are capable of the most sublime silliness and of wrestling with the toughest topics. I have colleagues who sometimes have to have end-of-life discussions with kids and their families. These are the sorts of conversations that derail the wisest adults but kids sometimes end up in them and they get through them. Kids are capable of more than adults often assume.

We acknowledge the uniqueness of kids with bold statements like the UN Convention on the Rights of the Child or the Trieste Charter Proposal for the rights of the dying child. Kids have rights and adults are part of the means of protecting them, giving them the opportunity to grow up and retain that unique and precious individuality. Those involved in the care of kids have to take on that role too. This sometimes means pointing out when people are acting against the best interests of children.

So when you find yourself surrounded by a public discussion that seeks to place kids somewhere in the firing line, it’s probably time to raise a voice. Australia is presently being subjected to a public haranguing over marriage equality. It’s not great.

One element that everyone should be concerned about is the repeated distortions around protecting kids’ health spouted by public advocates of the ‘no’ case. You can’t have missed some politicians and spokespeople of the Coalition for Marriage making this claim: that they are arguing on behalf of children.

When you work in a kids’ hospital this is not really surprising. At the end of an operation when kids are waking up in recovery they reach out for security, and reassurance, and that feeling of love. We get to see that all the time and we see it in parents of all backgrounds. It’s the love bit that defines the parenting, not gender.

The thing is that those loudly proclaiming they’re doing it for the kids would also have to know this. It’s not hard to find this information and you can go on to find study after study after study pointing in this direction. And yet they continue to lean on studies that are actually comparing stable families to living situations marked by lack of stability, hoping no one will notice the false equivalence. Again.

What the evidence does suggest is that where kids might struggle is when they are exposed to stigma, or discrimination.

And this sort of stuff is definitely worth paying attention to because there isn’t anyone suggesting that kids don’t absorb what is around them, or take on the things they see and hear. And with self-reporting research suggesting 16 percent of queer youth have attempted suicide and up to 41 percent of those kids have thought about self-harm, there is a real and important health issue here.

Making the world a tougher place for LTBQIA+ kids or kids being raised by same sex parents puts them at risk. That’s why mental health groups working in the area are happy to put their name to the “yes” side of the discussion. They get that there are real health outcomes we should pay attention to. Just not the ones some are shouting about.

The evidence does not support this argument that kids of same sex parents are at risk. The kids are alright.

The kids that might just not be so alright are the ones being exposed to discrimination or stigmatisation. You don’t get to claim you are in it to protect kids, then promote mistruths that directly result in situations that harm kids. If you are a public advocate saying that kids in same sex households are at risk of harm then it’s time to realise that it’s not their parents putting them at risk. You are.

Kids are marvels. When you work in kids’ health you get to see this all the time. Set free they can get on with designing better robots, or dancing to songs they will create or finding a park to explore. But we do have to make sure we do things that let them, all of them, be kids that get to grow into the adults they’d like to be.

The really great thing is that doing things that help kids be healthy doesn’t have to be kept in the hospital. And I promise helping kids be healthy is a joyous thing. It just makes you feel good.

And there’s a thing anyone in Australia can do right now that is a little part of letting children be the fabulous beings they are.

Have a look at the evidence and it’ll guide you. Vote yes. It’s good for kids. 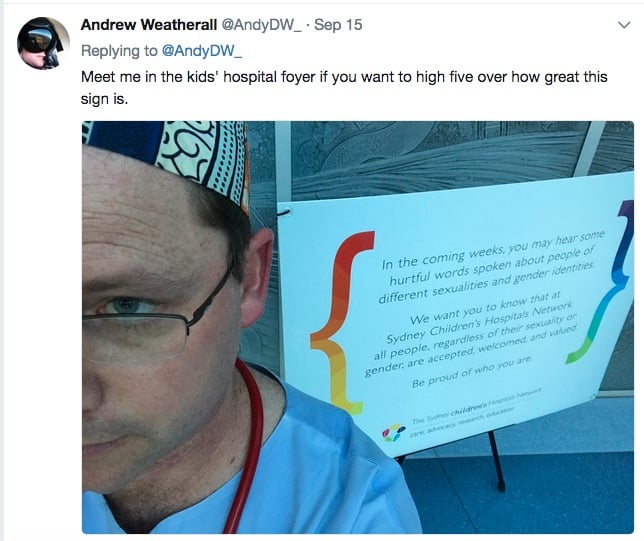 • Further reading, from the Australian Financial Review
Business Council of Australia chief executive Jennifer Westacott has blasted those in the No campaign who claim children of gay couples are worse off. “I ran the Department of Community Services … I ran the Department of Housing in Victoria, I was the secretary of education in Victoria,” she told Radio National on Thursday.”I actually know quite a lot about what’s good for children … kids are well off when they are with people who love and respect them and as a society we should love and respect them…when I hear people saying that I, and people like me, are not capable of caring for children, that is deeply hurtful, deeply offensive and deeply wrong.” 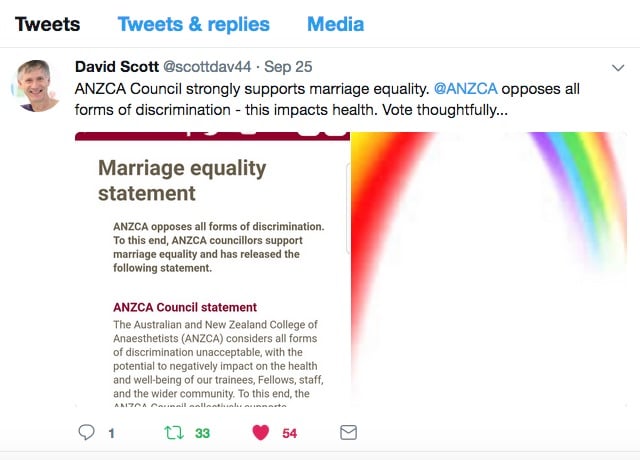 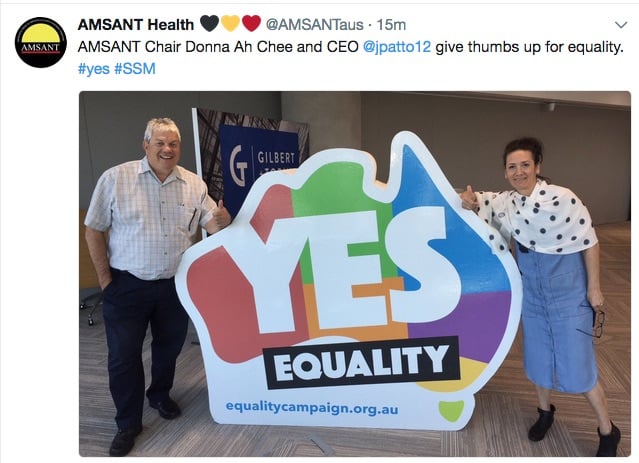 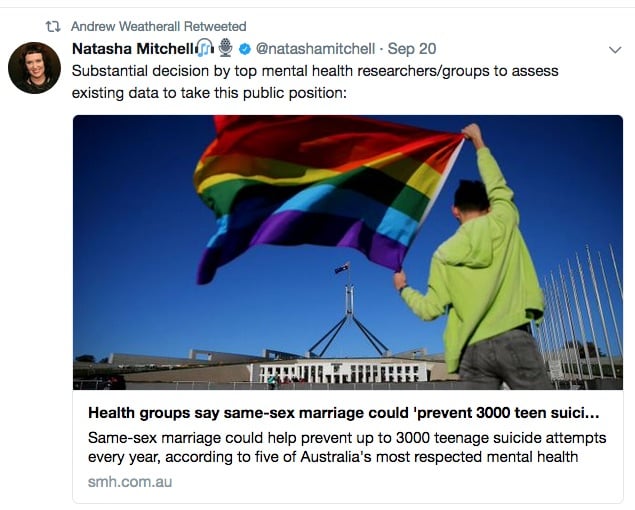 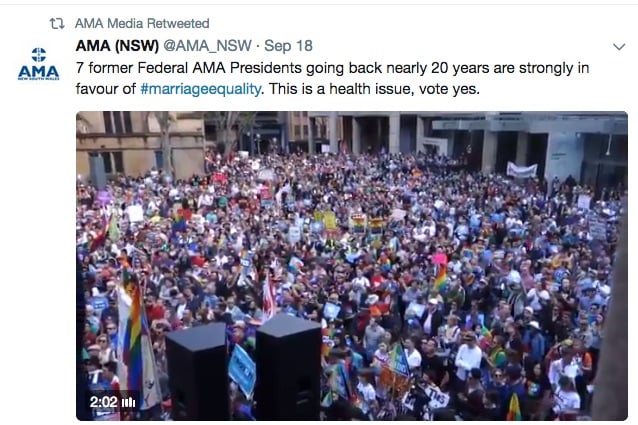 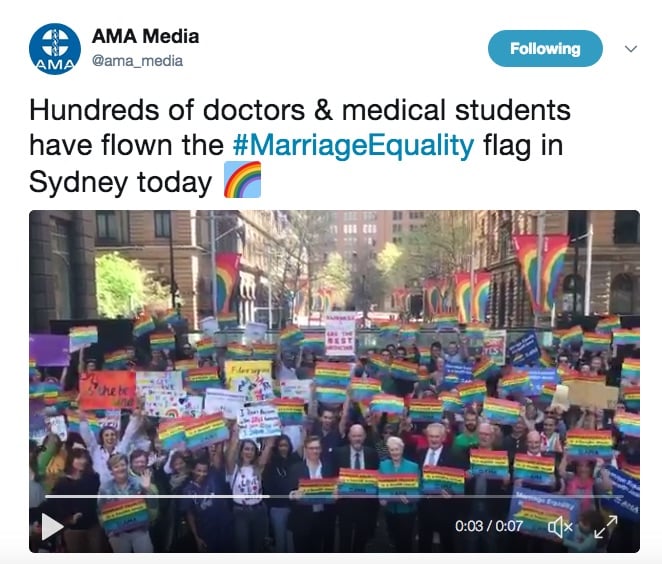 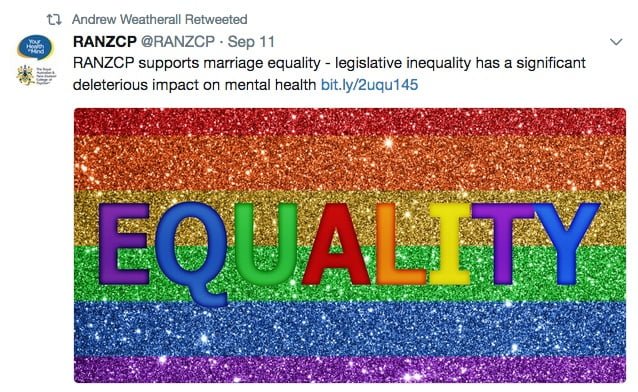