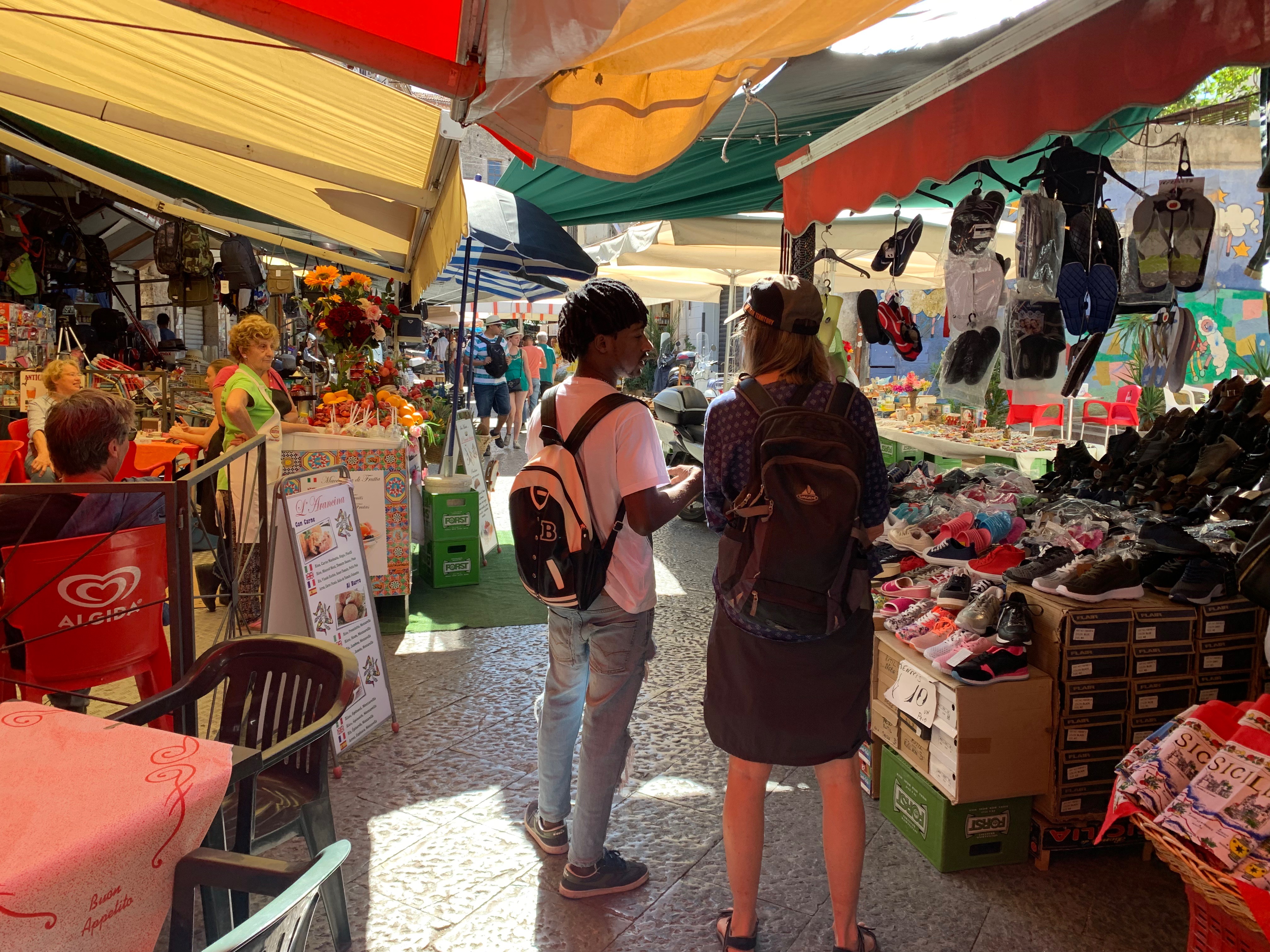 Taking a tour on how Italy treats its refugees - "a stark contrast to our country’s harsh and inhumane policies and practices." Photo: Felicity Rea

Introduction by Croakey: Desperate efforts by many politicians, health professionals and human rights advocates over many months to save the Medevac legislation were defeated on Wednesday in the Senate, when crossbench Senator Jackie Lambie voted with the Morrison Government to repeal the legislation.

The decision caused shock and dismay, including from Shaminda Kanapathi, a refugee who has spent more than six years in offshore detention, who told Amnesty International Australia that the vote was ” devastating for all of us in Nauru and Papua New Guinea”. He said in a statement:

So many of us are so very sick. The Australian Government has destroyed our health and our freedom and now they must take responsibility for the terrible impact I am fearful of – that more people will die and all the Parliamentarians who voted to repeal Medevac will be responsible.”

Among many others tweeting their condemnation of the decision, the  Australian Healthcare and Hospitals Association declared the repeal “shameful”:

Blatant contempt for the health needs of people seeking refuge who have been detained for far too long by our government is unconscionable conduct. Secret political deals & politicians ignoring advice of doctors are our national shame.

Hopes were finally lost when Lambie told the Senate she had put a proposal to the government in return for her support for the Migration Amendment (Repairing Medical Transfers) Bill 2019, although she said she could not reveal its details for national security reasons.

Croakey is marking the vote with an article from GP Dr Felicity Rea, about her recent morning walk in Sicily with a refugee from West Africa that she said illustrated how Italy treats its refugees in “stark contrast” to Australia’s harsh and inhumane policies.

She was inspired to write it for our CroakeyEXPLORE series after seeing a screening of the documentary Against Our Oath, which investigates the ethical issues confronting doctors and other health professionals in caring for asylum seekers when governments and their agents block clinical decision making.

See also at the bottom of the post early reactions on Twitter to the repeal of the Medevac legislation.

After seeing a screening of ‘Against our Oath’, I thought I’d describe a different sort of walk from those usually featured on Croakey…..a walk through how Italy treats its refugees – a stark contrast to our country’s harsh and inhumane policies and practices.

Recently a friend and I spent a morning walking around Ballaro in Palermo, Sicily with a refugee, recently arrived from West Africa. Ballaro is the noisy vibrant bustling area of Palermo, which used to be a slum and is now the migrant and refugee hub.

It was a chance sighting on Airbnb that had caught my eye….. something different from those organised tour group walks, which aren’t our cup of tea.

Our delightful young guide gave us an insight into how Italy treats refugees arriving there, describing the process from his perspective. When refugees arrive in Sicily, usually by boat from North Africa, they are received into a camp, where housing and meals are provided, plus a small weekly spending allowance.

This process usually takes up to 6 months while background checks are completed to ensure the person doesn’t have a criminal background. Then an EU permit card is issued and the person is free to leave the camp. In Palermo, this usually means a move to Ballaro.

The permit card gives the holder access to education, health and welfare services and the right to work in Italy (but not in other European countries), as well as the right to an identity card, and to apply for citizenship after 5 years.

Services abound in Ballaro….we were shown around the migrant centre with all its facilities, from classrooms, to laundries and bathrooms, and medical clinic where doctors visit to provide free medical care. We were also shown the free legal drop in centre and the local imam’s office, which provides a family like support service for new arrivals and longer term inhabitants. 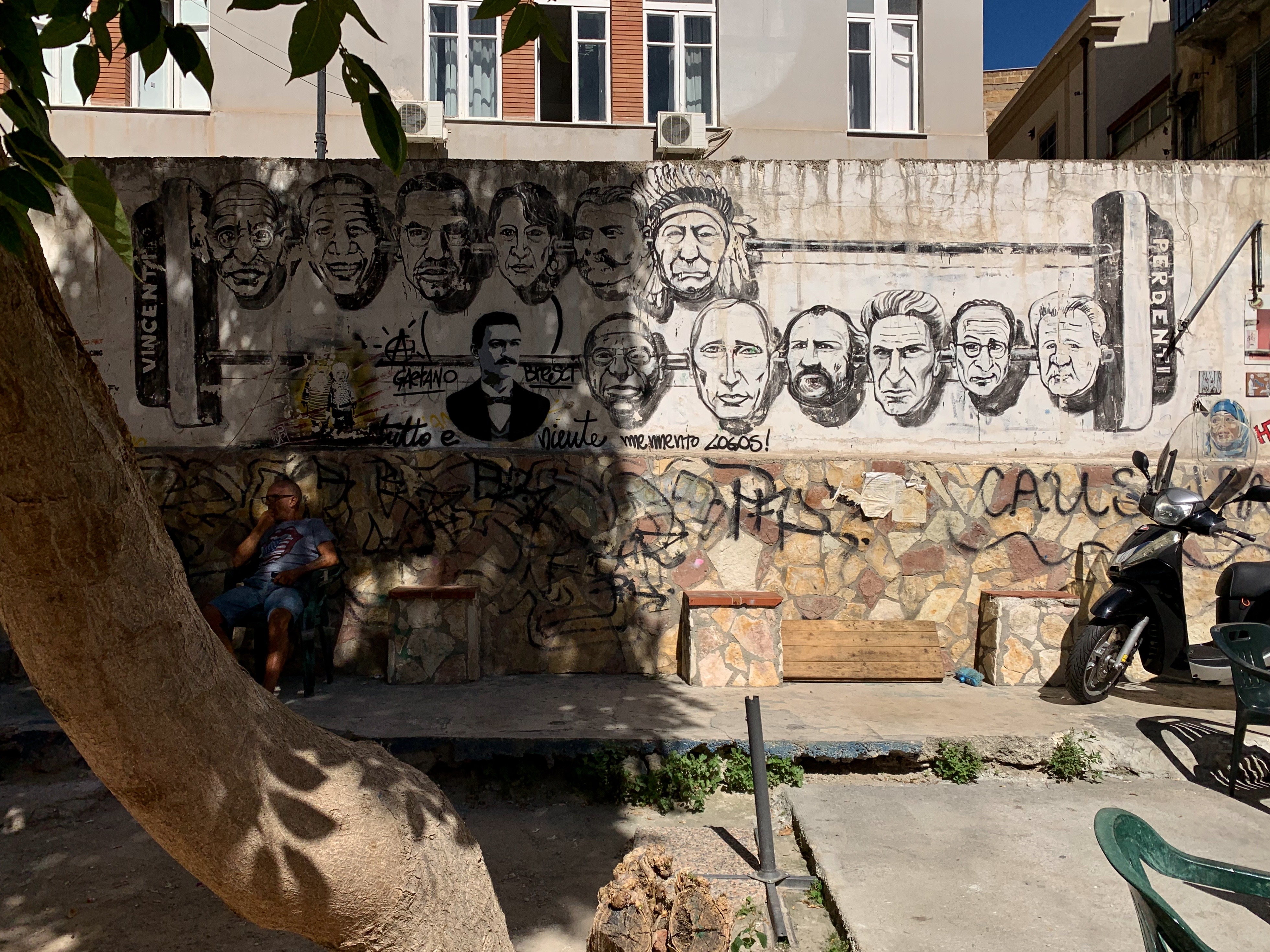 A small park has been created by refugees out of a wasteland area, where an old church stood. A mural depicting great humanitarians such as Nelson Mandela, has been painted along the rear.

It’s a meeting place for people of all cultures and religions, and markets are held there every week. Our guide also took us through a local Catholic church complex which provides all sorts of migrant and refugee support services, including sporting and library facilities.

Our young guide, who already speaks several languages and is planning to return to study at university level, was one of a group of young refugees, earning a living from their guide fees whilst getting plenty of foreign language practice daily.

He is now living with an elderly Sicilian man who had lost his wife and whose children have moved away….”He’s like another father to me” was how how our guide described the arrangement. This is a scheme where local people can take refugees into their homes, to help them learn Italian and get a grip on Italian life.

Our guide describes the local Palermo people as being welcoming and friendly, which may be partly because Sicily has been a crossroads and melting pot of cultures for millenia. 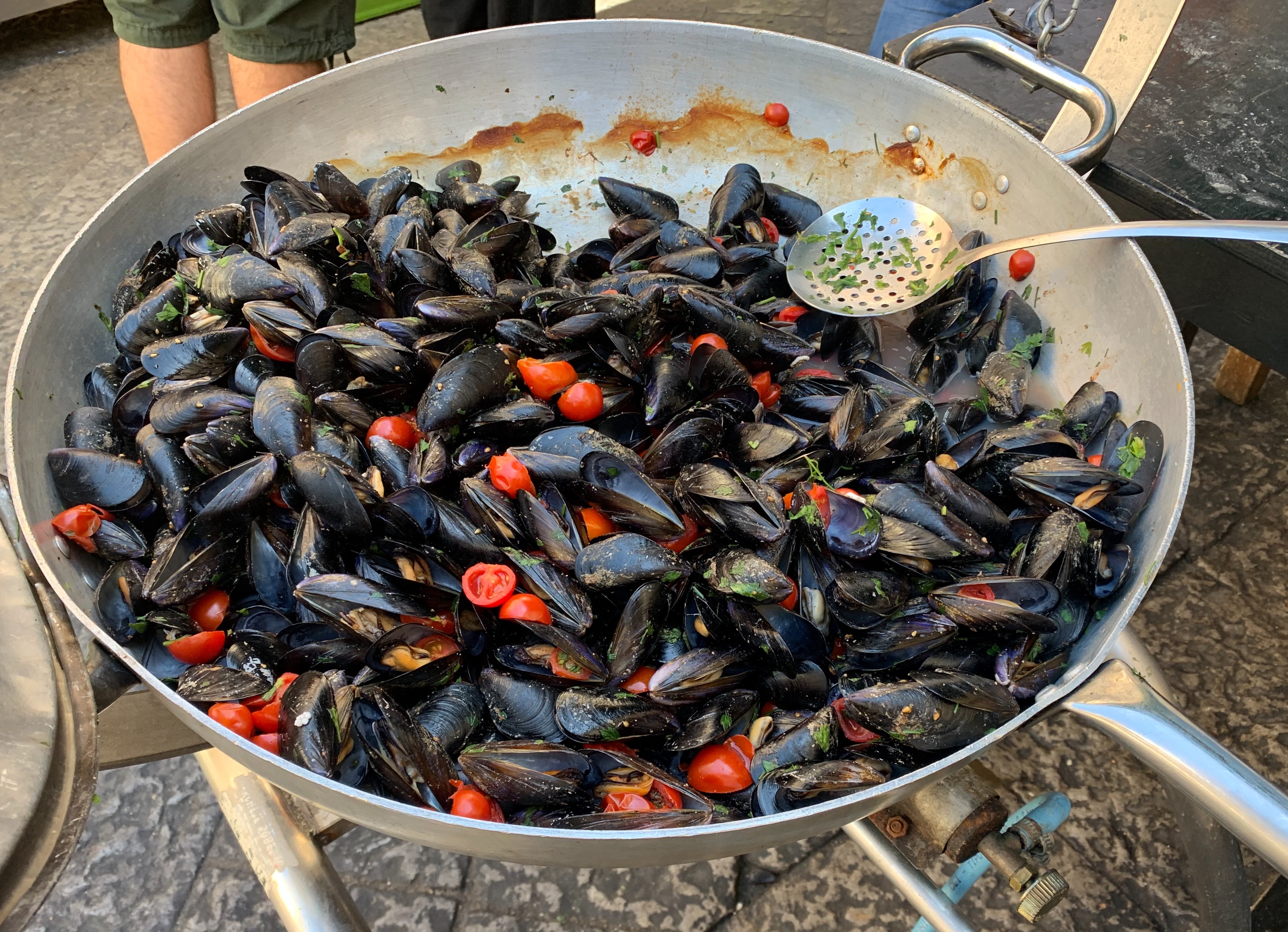 The Ballaro market itself, is a daily affair with colourful displays of food and produce: mainly North African and Sicilian. Crazy mix of aromas, sounds, colours….a vibrant buzz to the place. Amazing seafood and vegetables and fruit, spices.

Fresh food and plenty cooking on braziers and in little stalls and eateries. A multi ethnic restaurant, MoltiVolti has been established by refugees and is open daily, both for food and also as a drop in centre with free wifi and seating. We walked there at night for a meal – North African – and ate at a share table, soaking in the atmosphere and fragments of conversation we could pick up.

When I look back on that walk, I realise it is just a snapshot and story from one person’s own experience, and that it may not accurately represent Italy’s total refugee policy, but even just in that personal glimpse, the contrast between Australia and Italy is stark.

• Dr Felicity Rea is a GP who is currently on leave from remote area locum work in the Northern Territory. She has been actively involved in efforts to support the health of refugees and asylum seekers. 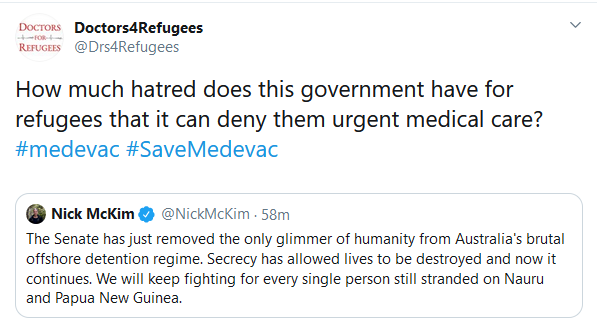 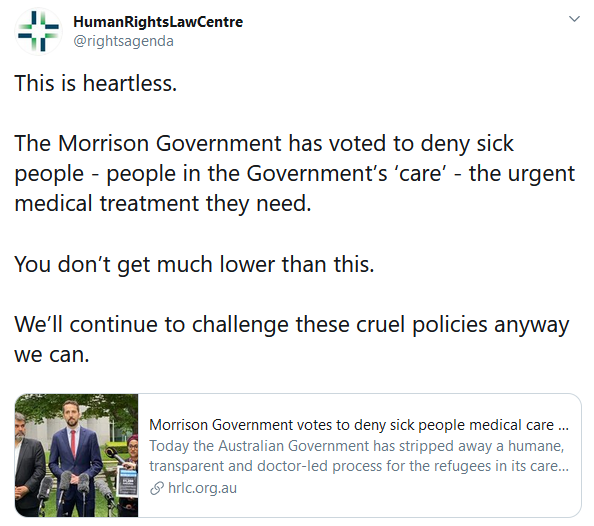