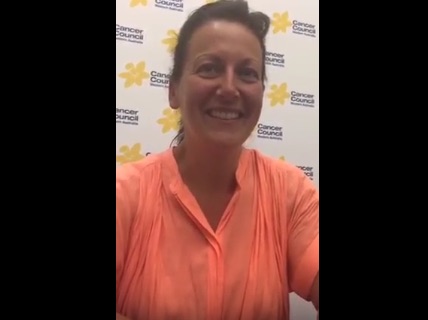 Kirsten Corban: How doctors can help to start the quit smoking conversation

As well as tweeting and reporting from the recent Oceania Tobacco Control conference in Perth, Marie McInerney conducted several interviews via the Periscope app for the Croakey Conference News Service.

They are all available at Croakey TV – or watch them below.

On the tobacco epidemic across the globe & region

How medicos can start the quit smoking conversation

Kirsten Corban talks about the Starting the Conversation program on smoking cessation at Melbourne’s Alfred Health.

Talking about a landmark study on tobacco health impacts

Professor Emily Banks is Scientific Director of the Sax Institute’s 45 and Up Study, which conducted a four-year analysis of tobacco-related health outcomes from more than 200,000 people.

Talking About The Smokes

David Thomas led the Talking About The Smokes national collaborative research project. He told the Oceanic Tobacco Control Conference in Perth that it had busted important myths about Indigenous smoking.

Are Australian smoking laws and standards ready for e-cigarettes?

At the 2015 Oceania Tobacco Control Conference, Jacqui Bell from Quit Victoria shows two c-cigarette advertisements and talks about the issues they raise for regulators.

The economics of tobacco control