Home Elections and budgets Federal Election 2019 We have an election campaign, but where is the investment in an active Australia? 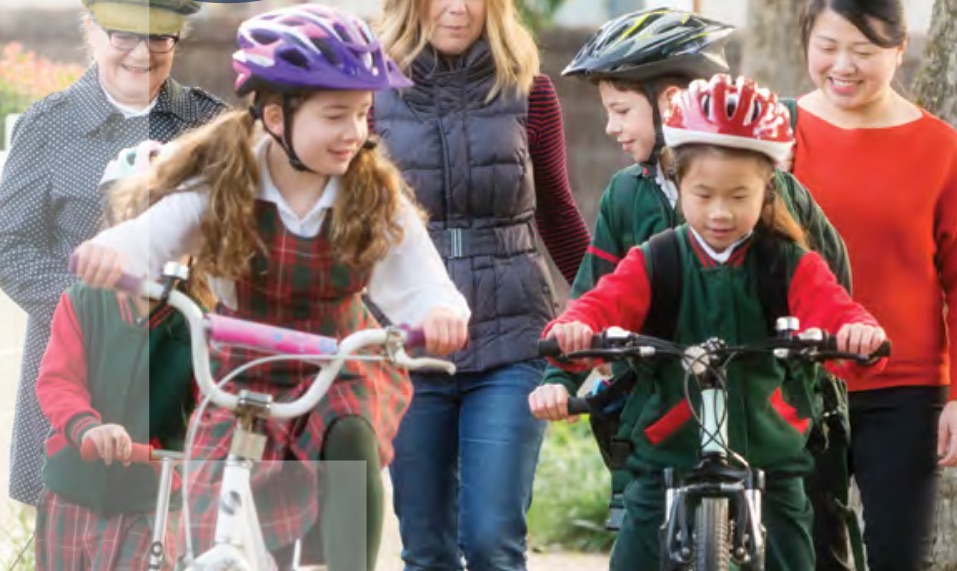 Detail from cover of: Blueprint for an Active Australia

We have an election campaign, but where is the investment in an active Australia?

The next Federal Government has an enormous challenge to increase physical activity levels among the general population, and needs to seriously re-think how community sports funding is being spent, and invest much more in efforts to promote cycling and walking.

“The need for a properly funded Australian National Physical Activity Framework has never been clearer nor more urgent,” they say.

Tune in to the #AusVotesHealth Twitter festival on 8 May to hear more from Professor Bill Bellew – @billbellew.

Sport 2030, the Australian Government’s Australia’s national sport plan, has ‘four key priority areas to create a platform for sporting success through to 2030 and beyond’. The first is to “build a more active Australia — more Australians, more active, more often”.

This is the part of the plan that is not focused on high-performance or elite sport but is designed to “target inactive Australians across their life cycle” and “deliver programs that encourage inactive people to undertake more physical activity”.

Reducing physical inactivity is not the same as funding sport

Helping the inactive needs to be much broader than community sports because, as the Government notes: “while sport is a great way to become and stay active, it isn’t always the preferred option for people who move the least”.

Indeed, overall population rates of participation in sport are estimated to be less than 10 percent (7.5– 8.3 percent), plummeting after the mid-to-late teens (Fig 1). 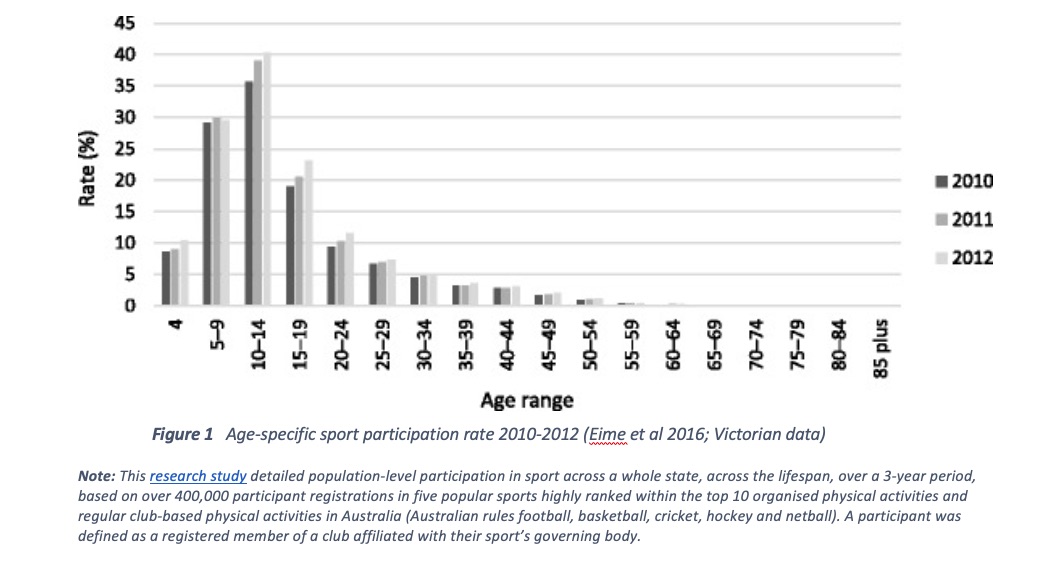 Australia has adopted the World Health Organization’s Non-communicable disease (NCD) Global Monitoring Framework, including the target of reducing physical inactivity by 15 percent by 2030.

Is lack of focused investment a problem?

Funding high performance sport is important; however, funding population physical activity in the remaining 90 percent of the population is also important and currently we appear to have ‘inverse investment’, whereby the community investment needs are getting lost (Figure 2).

The need for a properly funded Australian National Physical Activity Framework has never been clearer nor more urgent. 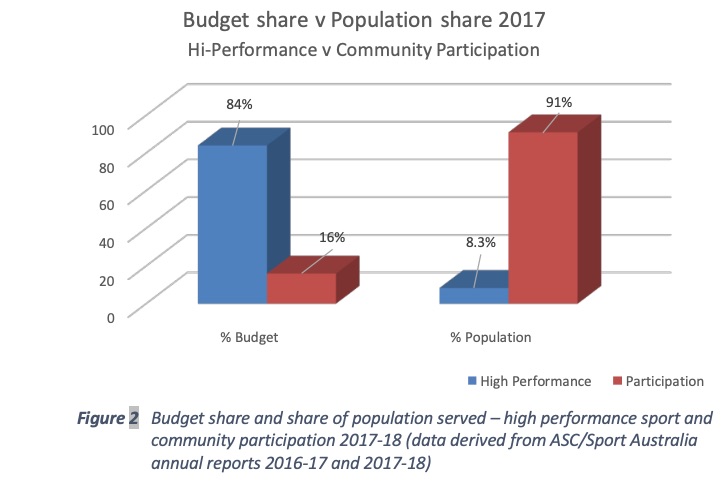 What would a National Physical Activity Framework look like?

The Blueprint for an Active Australia (Third edition 2019) is the Heart Foundation’s national call for government and community action on physical activity, across transport, health, education, sport and urban planning, to deliver a healthy active Australia for all. It details thirteen action areas which collectively address the wider systems that facilitate or limit opportunities for Australians to be active.

The Blueprint has been informed by a shared commitment to increasing Australia’s investment in preventive health, including physical activity, and to the delivery of this investment in a manner that benefits all Australians, including those experiencing disadvantage.

Over 50 of Australia’s leading academics and experts on physical activity, the built environment, and health have joined-up to deliver the latest findings for best practice policy.

Getting more Australians active will make an important contribution to reducing the burden from heart disease and other chronic conditions. There are also co-benefits in reducing falls, reducing car-dependent transport [which would improve air quality] and improving mental health.

That is why the Heart Foundation is calling on the Australian Government to fund a National Physical Activity Action Plan that will resource and implement the recommendations in the Blueprint for an Active Australia.

Sport England designed its strategy to spend at least GBP 265M (AUD$481.5M) over 5 years in collaboration with Public Health England through the National Physical Activity Framework.

To avoid looking half-hearted in its funding commitment, Australia’s investment to help get its inactive citizens moving would need to look more like AUD$43M to AUD$50M annually and (as the Government’s commitment states) this would have to ‘target inactive Australians across their life cycle’.

The Australian Government appropriately aspires to look beyond sport to ‘engage innovative physical activity partners who can best deliver participation outcomes in line with Sport 2030’, but is this mere rhetoric ?

By contrast, an overarching investment strategy for Australia is missing.

The Australian Bicycle Council (ABC) ceased to exist at the end of 2017 and was replaced by Cycling and Walking Australian and New Zealand (CWANZ).  A small amount of funding via a cost sharing funding arrangement between the states and territories funds an Executive Officer position and associated travel ($200,000 per year).

Strategies are in place in most states, while technical  guidelines were published by Austroads relating mainly to traffic management and road safety.

Some may be encouraged by pre-election commitments by political parties such as the $260m National Bike Paths Strategy funding promise by the Australian Labor Party because it appears to be a sign that the issue is being recognised.

But ambiguous scope and unspecified timelines in election mode leave much to the imagination. The APPG investment standards translate for Australia to a minimum of $425m for 2019/20 rising to at least $950 annually.

This needs to be articulated in a national long-term investment strategy to measurably increase walking and cycling.

• Bill Bellew is a Professorial Fellow with the Prevention Research Collaboration in the Faculty of Medicine and Health, The University of Sydney and a Fellow of the Heart Foundation.

• Trevor Shilton is Adjunct Professor in the School of Public Health at Curtin University and Director of Active Living with the Heart Foundation.

• Adrian Bauman is Professor of Public Health with the Prevention Research Collaboration in the Faculty of Medicine and Health, The University of Sydney.