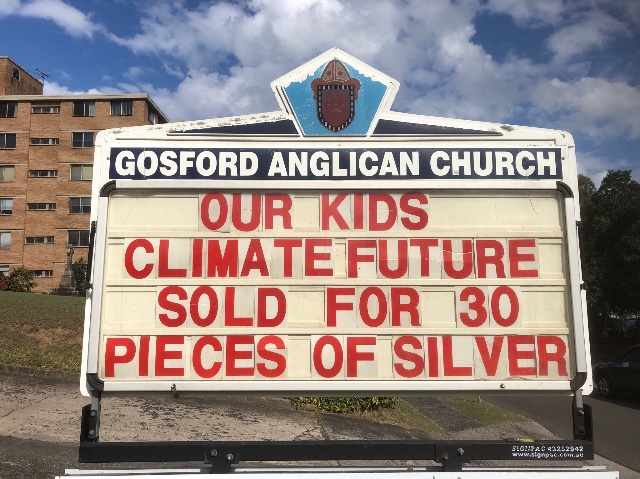 We’ve got this: response to climate crisis must transcend politics

By any measure, the Coalition’s stated climate change policies going into last weekend’s federal election were so weak as to be ineffectual.

And there were better plans on offer (do have another look at the scorecards we’ve collected here).

Yet, when it came to it, Australians’ growing concern about climate, and desire for their government to act, was not reflected in the final election result. It’s a daunting prospect that, if the Coalition sticks to its plans, we could be facing three more years of inaction.

Scott Morrison has reportedly already stated in a post-election interview that he has no intention of changing the Coalition’s energy policies, so the baseline is clear.

But, as Greenpeace Asia Pacific CEO, David Ritter, writes below, “the government is not the country,” and governments need to, and can, be held to account by the people.

As Ritter notes, those in government know this. During Saturday night’s election coverage on ABC Television, Liberal Senator and powerbroker Arthur Sinodinos suggested that, with political victory in the bag, Prime Minister Scott Morrison would be well placed within the Coalition to enact reform, and that community pressure could be important in advancing climate policies.

Ritter, who wrote this post as a thread of Twitter, is one of many with concerns about the climate crisis who are restating their intentions to keep the issue front and centre of public and political debate.

The Climate And Health Alliance has also written a letter to members and supporters, signalling their intention to continue their work, including the following:

This election is a setback for climate change and health in Australia – no question.

But we are more determined than ever to drive this agenda, to encourage and support the largest workforce, in the largest sector, to become leaders in the battle to limit global warming, protect health, promote justice, and ensure a liveable planet for our children, their children and future generations.”

Yesterday a government without a credible climate action policy won the climate election. How did this happen and what does it mean? Here’s a thread…

Great change is non-linear. History is unpredictable. Elections come and elections go but we must retain belief in what is possible, and execute our best plans to make it so. Standing from where we are today, Australia can still have a flourishing future.

Bitterness, fatalism, condescension or sneering won’t lead us to where Australia needs to be. Don’t hate on beautiful Queensland! We have to find a way through the climate emergency and our best chance will come if we can manifest a shared spirit and purpose as a nation.

The climate and extinctions emergency haven’t gone anywhere. The natural systems of the world aren’t interested in Australian electoral results. We have huge amounts of work to do, very fast. We made this mess, we can still clean it up. There is still time. Just.

This was a climate election, but it was many other things too. Meaningful action on climate change must be intimately connected with the promise of personal fulfilment: a golden thread that entwines the fate of the world to improving the lives of people within a single story.

Liberal Senator Arthur Sinodinos said very clearly on the ABC last night that community feeling can compel political action on climate change. Remember, Tony Abbott’s first budget? It was busted by community revolt. And the numbers in parliament are set to be very, very tight…

The government is not the country. Huge amounts of climate action can occur outside of what the commonwealth government does. Cities, towns, states, territories, businesses – institutions of all kinds – all of these can take action.

We are set for more climate disasters in the next three years. People will suffer. The country will suffer. We don’t know what the socio-political impact of these disruptions will be. We need a big approach to national resilience – something no major party leader has yet offered.

To state the obvious, we urgently need to do a range of things that Morrison doesn’t want to do. Launching the process of becoming a clean energy superpower. Backing regenerative farming. Closing all coal power within a decade. Ending fossil fuel exports. The imperatives haven’t changed.

Morrison has a coherent ideology and a coherent view of Australia. Whether you agree with them or not, these are worth studying and understanding on their own terms.

The bias of commercial media, scare campaigns, the spending of Clive Palmer, etc are not aberrations: they are the strategic operating environment. It isn’t right or fair, but it’s axiomatic that vested interests will use their power & money to maintain their position.

No question, there needs to be massive reform and reinvigoration of our democracy – and that would be true regardless of yesterday’s result. A coalition must be built to make that possible. And yes, we need a big conversation about digital media and the fragmentation of society.

Above all, the labour of our lives, our work of love, goes on. The need for leadership has never been greater. We all need to step up, all of us – if we care about our children’s lives, about one million species, about nature, about civilisation, about the future of our country…

So, there is no time to waste. We can do this. We must do this. We will do this. Great change is non-linear. History is unpredictable. We must retain belief in what is possible and execute our best plans to make it so. Our beautiful Australia can still have a flourishing future.

Scott Morrison will be sworn in as Prime Minister at a time when the stakes could not be higher for the environment in Australia.  What was clear throughout the entire election campaign from opinion poll after opinion poll was that for the first time ever – climate change became the biggest election issue for Australian voters.

This was a climate election, held in the shadow of multiple climate disasters, from the fires in Tasmania to the drought in the interior, the heat waves in our cities, the bleaching of the Great Barrier Reef and the storms and floods in Queensland. Climate damage is hurting Australian families and is destroying the places we love.

Greenpeace now calls on Mr Morrison to take on board the urgency of the climate emergency, and represent the will of Australians who are calling for stronger leadership than we have seen from the Coalition in the past on climate change. The politics of division and climate inaction needs to end today. The stakes are too high – we need bipartisan leadership to face the climate emergency.

One clear lesson for the Coalition from the election is the result in Tony Abbott’s seat of Warringah. Tony Abbott has been a constant thorn in the side of climate action in Australia. His loss provides a timely warning for any political leader who believes that climate inaction is a viable political path in 2019.

Scott Morrison’s government will now need urgently stake out a credible pathway for reducing carbon emissions in Australia. Scott Morrison needs to provide the leadership to ensure that the Australian government is no longer beholden to the coal lobby. Climate change may not be Mr Morrison’s natural issue, but destiny has knocked.

We always knew that regardless of the end result, there’s no denying that climate change was a defining issue of this election campaign – and young people made that happen. And we’re incredibly fired up to hold the next term of government accountable to step up, kick coal out of politics and protect our future.

Right now, we know that the Coalition Government, who’s spent the last six years propping up the big polluters and cooking our climate, has just been elected for another term.

Scott Morrison’s government got away with the lie that their policies are effective to tackle climate change. They were backed in every step of the way by the coal industry, Adani and Clive Palmer, and their mates in the conservative media, who spent up big on a scare campaign to divide people, lie about employment numbers and sell Queenslanders false, short-term solutions about money and jobs from the coal industry – instead of making a real plan for the region to thrive with renewables.

But we’ve taken on these forces before, and won, and we’ll do it again.

Every single person fighting for climate justice should be so incredibly proud of what we achieved together in this election period. We turned out in the streets in unprecedented numbers, told a powerful story in the media that reached millions, saw record numbers of young people turning up to vote, and had conversations with voters right across the country to build a public mandate for real climate leadership.

Together, we created waves of conversations around dinner tables, in schools, universities and workplaces. Climate change consistently polled as the number one issue for voters, it was on top of Google searches on political issues in the lead up to the election, and ABC’s Vote Compass found that 80% of voters want stronger government action on climate change.

If the incoming Coalition Government think they can continue ignoring questions about climate change and propping up the big polluters, they have another think coming. This election saw young people step up and fight for our future like never before – and we are never backing down.

Now is the moment to get the message to everyone who’s been sitting on the sidelines for the last few months or years, hoping someone else would step up and lead on climate change: that we are the ones we’ve been waiting for, and it’s going to take all of us.

Like you and so many millions of others, we refuse to believe that a handful of wealthy fossil fuel corporate bosses are more powerful than the people of Australia or could ever possibly win in the face of our powerful social movement. There is an unstoppable groundswell of people here and around the world ready to solve the crisis.

If you’re a young person ready to step it up, pledge to volunteer with us in the critical months ahead, or otherwise chip in what you can to grow our campaigns and community organising nationwide. 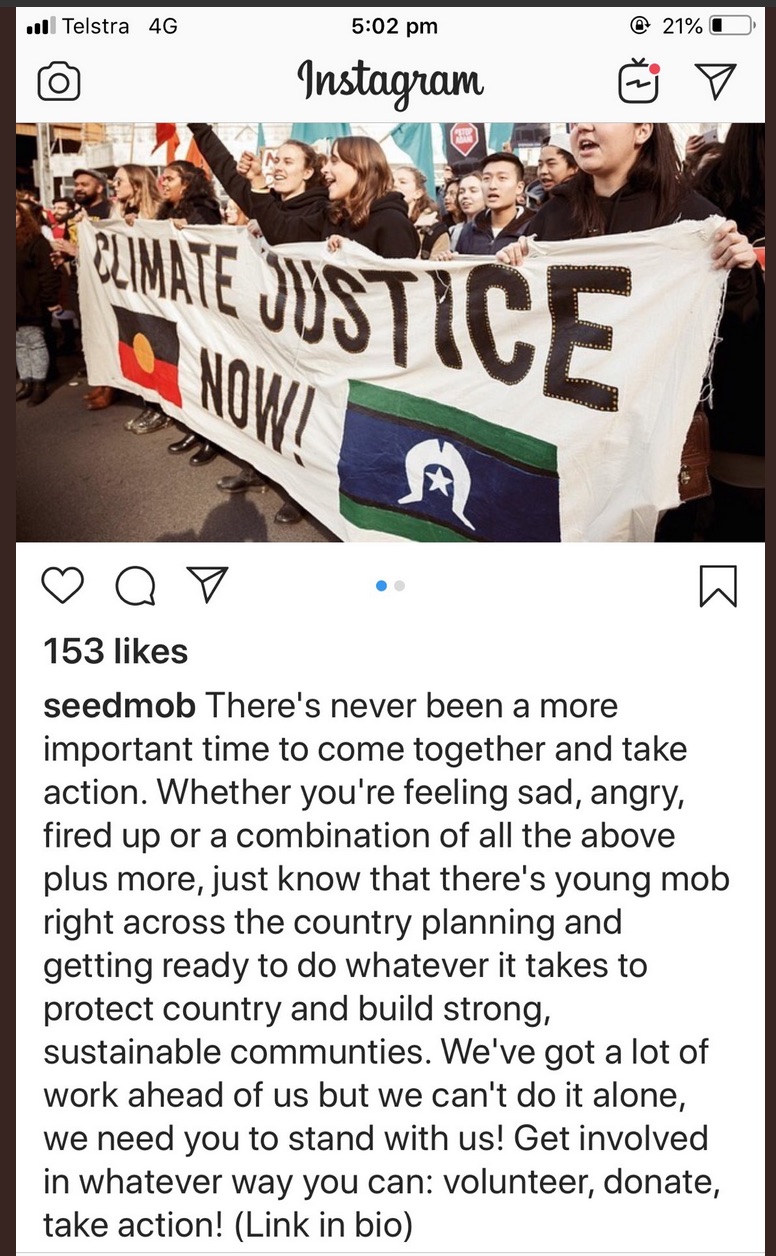 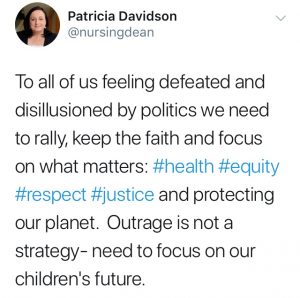 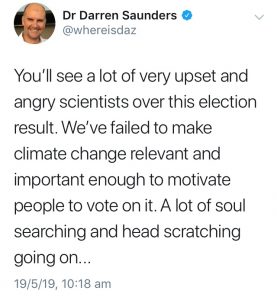 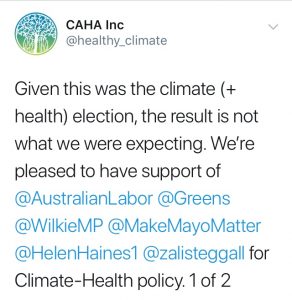 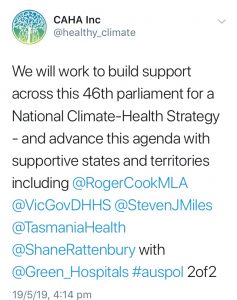 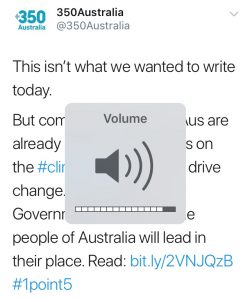 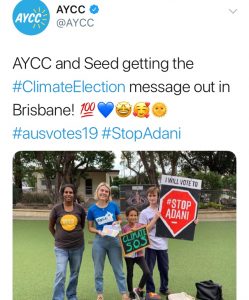 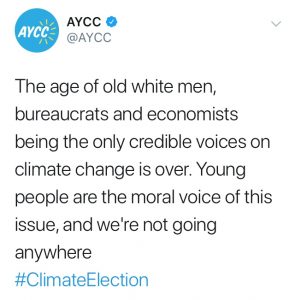 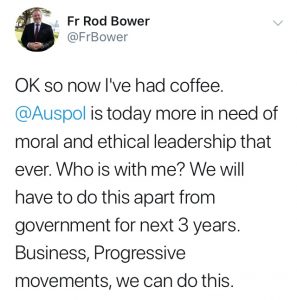 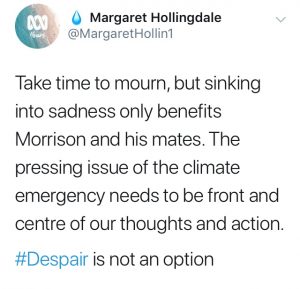 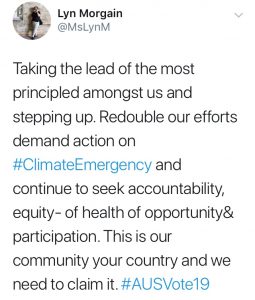