Messages from school strike in Melbourne on 15 March. Photograph by Melissa Sweet

This week, 16-year-old Greta Thunberg, who must surely go down in history as one of the great champions for global health, addressed the British Parliament. 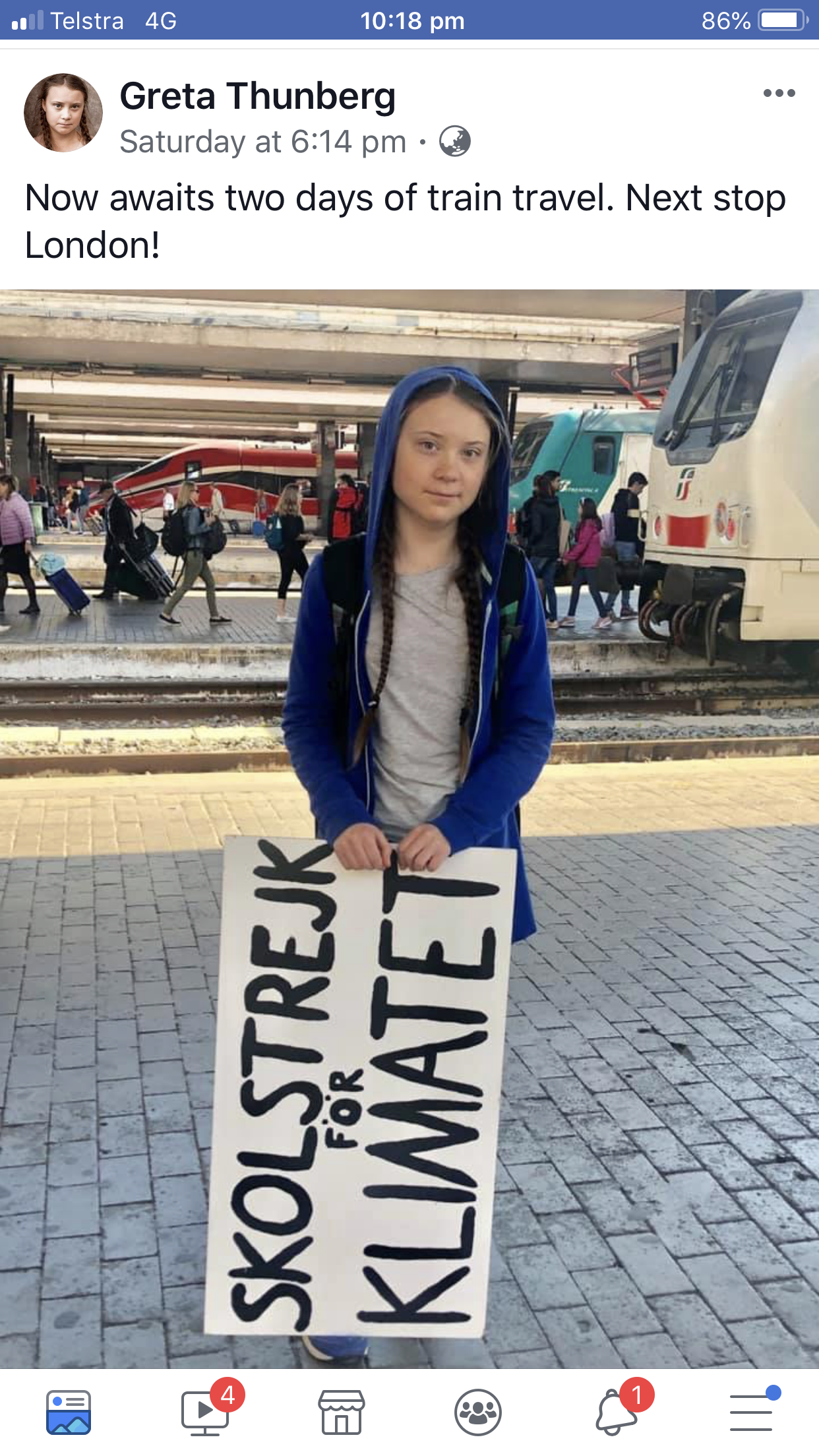 She castigated the UK for fracking, expanding its North Sea oil and gas fields, expanding airports, and giving planning permission for a new coal mine.

“This ongoing irresponsible behaviour will no doubt be remembered in history as one of the greatest failures of humankind,” she said (read her full speech here).

We can only imagine what Thunberg, who inspired the global school strike movement, might have to say to the Australian Parliament, where both major parties support expanding coal mining and fracking, and are failing to provide, as Jeff Sparrow wrote recently in The Guardian, anything like the “emergency action” that most Australians want.

In London, Thunberg told the MPs that every time we make a decision, we should ask ourselves; how will this decision affect the emissions curve?

We should no longer measure our wealth and success in the graph that shows economic growth, but in the curve that shows the emissions of greenhouse gases.

That should and must become the centre of our new currency.”

We must lay the foundation while we may not know exactly how to build the ceiling.

…I’m sure that the moment we start behaving as if we were in an emergency, we can avoid climate and ecological catastrophe. Humans are very adaptable: we can still fix this.

But the opportunity to do so will not last for long. We must start today. We have no more excuses.”

Throughout her speech, Thunberg kept asking the MPs: Did you hear what I just said? Is my English OK? Is the microphone on? Because I’m beginning to wonder.

She concluded with, I hope you could all hear me.

Thunberg, who no longer flies, reportedly took two days to travel from her home in Sweden to England by train.

Her words are also being heard by thousands of people in Australia joining protests as Bob Brown Foundation’s Stop Adani Convoy continues its travels from Hobart to central Queensland in the face of hostile media and an advertising blitz by Adani.

Dr Jane Morgan, a GP and member of Doctors for the Environment Australia, told a Stop Adani Convoy rally in northern NSW on the weekend that the impacts of climate change are particularly evident in rural communities.

Working in Newcastle, she is witness to the devastation of farming land and native vegetation, and the health impacts of coal mining.

“We see air and water pollution and the subsequent health impacts on heart and lung disease including stroke and heart attack and even unborn babies that are exposed in utero,” she said. 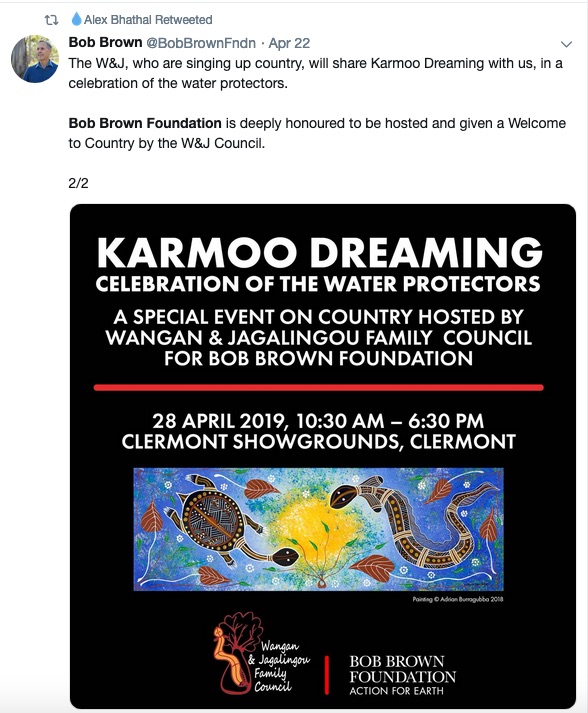 Meanwhile, the Seed Indigenous Youth Climate Network is planning #FrackoffFriday protests outside Origin Energy offices in Sydney, Melbourne and Brisbane tomorrow, and is urging supporters to ring Opposition leader Bill Shorten’s office to protest his plans to accelerate fracking in the NT and Queensland.

And Australian MPs will find themselves on the frontlines of a school strike on Friday, 3 May, when protesters gather outside their offices for a #ClimateElection National Day of Action (see more details here).

The strikers will ask politicians to commit to:

As the eminent cartoonist, Mr First Dog On the Moon, suggested at the outset of the election campaign, there is no time for being a “nong”. 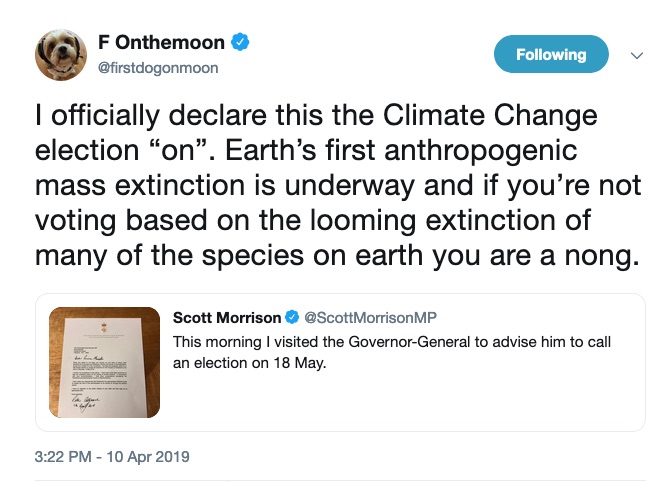