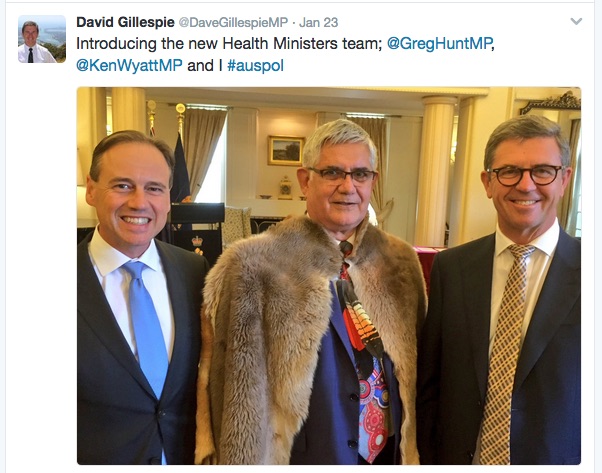 What’s on the agenda for Minister Ken Wyatt?

Shortly after Ken Wyatt AM was sworn in as Minister for Aged Care and Indigenous Health last week, he made time for an interview in his Canberra office with Croakey contributors Summer May Finlay and Dr Megan Williams.

The insights, including a commitment to improving Aboriginal and Torres Strait Islander peoples’ access to primary healthcare, are likely to be of interest to many, particularly given funding uncertainty and cuts that have undermined the health and wellbeing of Aboriginal and Torres Strait Islander people, organisations and services in recent years.

This is the first in a series of two articles arising out of the interview with this “experienced, respected and respectful” Minister; the next will have a focus on #JustJustice (meanwhile, Croakey readers can now download the second edition of the #JustJustice book from our new publications section).

Meeting with Minister Wyatt within hours of his being sworn in as a Minister provided the opportunity for questions about the direction of Aboriginal and Torres Strait Islander health policy.

Given Wyatt is the first Aboriginal person to serve on the frontbench in the House of Representatives, and because so much uncertainty and shrinkage has occurred in Aboriginal and Torres Strait Islander service funding under the Coalition Government whom he serves, he will no doubt face enormous pressure from diverse Aboriginal communities and organisations.

We met particularly to ask about the role the health portfolio will take to address the over-incarceration of Aboriginal and Torres Strait Islander peoples, given that justice is a determinant of health. We had read Wyatt’s statements as Assistant Minister about the need to address such determinants.

Having previously provided him with a copy of our #JustJustice book, which contains dozens of examples of ‘what works’ as determined by Aboriginal and Torres Strait Islander people, we were keen to hear what he would take forward.

As Member for Hasluck in Western Australia for the Liberal Party of Australia and a long-term public servant, Wyatt is not new to Parliament nor Aboriginal and Torres Strait Islander policy and leadership, and indeed has previously had carriage of Indigenous Health as an Assistant Health Minister.

He can discuss with authority the complexity of Aboriginal and Torres Strait Islander peoples’ health status, and the contributing individual and structural factors. His extensive career working in Aboriginal affairs in numerous capacities around Australia, and many of his positions in and outside the health sector obviously contribute.

In terms of understanding determinants of health, Minister Wyatt initially trained as a primary school teacher and taught for a number of years before moving into public administration. He was also involved in health education and developed health curriculum.

While in the education system he was offered the opportunity to work for the WA Health Department’s Aboriginal health policy unit with only two staff – himself and a non-Indigenous doctor. He said the move was a “great transition to another agency and a different experience”, and that “it was a period of new learning and fighting different battles”.

This was at the time the National Aboriginal Health Strategy (NAHS) was launched – the first serious attempt to reduce the health inequity between Aboriginal people and other Australians.

While it remains a key guiding document informing subsequent policies, Wyatt witnessed first-hand the way some state-based Ministers rushed the endorsement of the policy, and the 1994 evaluation findings that it was never fully implemented.

After four years in WA Health, Wyatt again worked in the education sector, before shifting across to become the Director of Aboriginal Affairs in NSW Health. In preparation for this, Wyatt remembered consulting with NSW Aboriginal Elders and service providers. During his five-year directorship, he worked closely with Aboriginal Community Controlled Health services (ACCHOs).

Reflecting on this time, Wyatt saw how it made sense for governments to fund ACCHOs directly to deliver services, because of their success, and to avoid duplication. Wyatt had close contact with Maari Ma Health in particular, an Aboriginal Medical Service providing health services for Aboriginal people in their area, contracted by NSW Health.

Wyatt recalled that formal assessment of Maari Ma’s service outcomes showed “results were far better than what we had ever achieved as a health department”. This was a clear example of the strength of ACCHOs, “showing that a local Aboriginal organisation with the local communities, Aboriginal and non-Aboriginal people, could deliver a better service than what NSW [government] were.”

With every new Minster comes the likelihood of change; Wyatt brings more experience to the federal leadership position for improving Aboriginal and Torres Strait Islander peoples’ health than any of his predecessors or peers.

Minister Wyatt also comes to the portfolio after a period of turbulence in Indigenous health and Indigenous affairs more broadly.

The Indigenous Advancement Strategy (IAS) restructured and cut funding, causing “uncertainty, stress and anxiety”, according to submissions to the Senate Finance and Public Administration References Committee.

The IAS also forced a competitiveness between Aboriginal and Torres Strait Islander services never before encountered, and contributed significantly to stress on the ACCHO sector, which was already under pressure and inadequately funded to meet demand, in a policy environment that has pushed the “mainstreaming” of Indigenous health services.

The sector now also faces further uncertainty given that the Medicare Benefits Schedule Review, the Medicare rebate freeze, and the Pharmaceutical Benefits Scheme Review all have implications for the work of ACCHOs.

Also on the minds of many in the sector is the Nous review of the roles and functions of the National Aboriginal Community Controlled Health Organisation (NACCHO) and the state/territory Aboriginal and Torres Strait Islander health peak bodies (more background about this review is here).

In our interview, Wyatt said he would be guided by the findings of the Nous review, and that he would be “looking for a common position that strengthens the role of NACCHO and all the affiliates”.

“In times of uncertainty, it’s important that we create certainty,” he said.

In his role as Minister for Indigenous Health, Wyatt wants to see improved primary health care access for Aboriginal and Torres Strait Islander people. This includes through ACCHOs and mainstream services.

In terms of mainstream health care access, Wyatt cited the challenges of geographical diversity, institutional racism and the need to address social and cultural determinants of health.

These challenges have long been poorly met by mainstream health services, yet better addressed by ACCHOs.

To address institutional racism and champion work on social and cultural determinants of health, a cross-portfolio working group endorsed by a cabinet sub-committee has been established.

Wyatt acknowledges that “social and cultural determinants of health underpin everything that we do”, sending a message of hope for achieving core components of the Aboriginal and Torres Strait Islander Health Plan Implementation Plan, launched in 2015.

We have learnt from the limitations of NAHS implementation that mechanisms of accountability are crucial.

The role of the new Social and Cultural Working Group is unclear, but at the very least is intersectoral, consisting of the Departments of Health and Prime Minister and Cabinet, and the Australian Institute of Health and Welfare, as well as Aboriginal and Torres Strait Islander representatives, including:

Minister Wyatt clearly has some significant challenges ahead. Given his commitment to action on the social and cultural determinants of health, he will have to forge effective ways of working across sectoral and jurisdictional boundaries.

While governments have a long history of poor accountability in relation to Aboriginal and Torres Strait Islander health, the solutions are well identified about how to deliver and evaluate effective and efficient care.

Countless calls for national leadership have been made and, now that we have an experienced, respected and respectful Aboriginal Minister at the helm, many will be hoping that he can achieve the level of change needed, including a strengthening of ACCHOs in funding, certainty and influence over mainstream models of care, and effective outcomes from the new social and cultural unit.

• Summer May Finlay is a Yorta Yorta woman, public health practitioner and PhD scholar at the University of South Australia.

• Dr Megan Williams, who is a descendent of the Wiradjuri people of central NSW and also has English and Irish heritage, is a Senior Research Fellow at Western Sydney University. 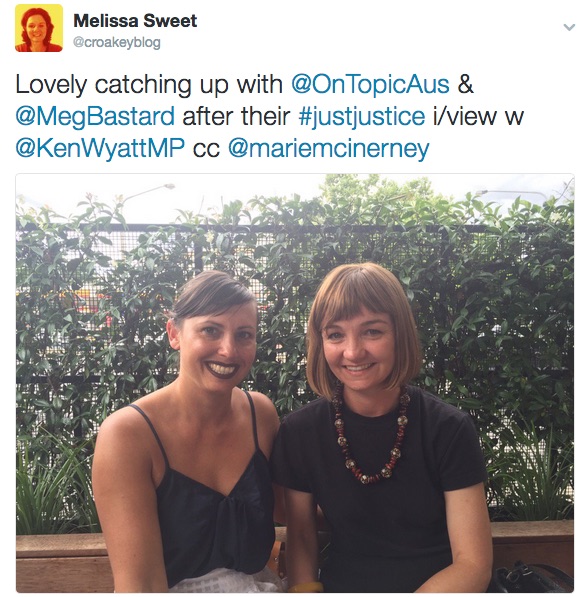 Stay tuned for the second article in this series, with a #JustJustice focus.