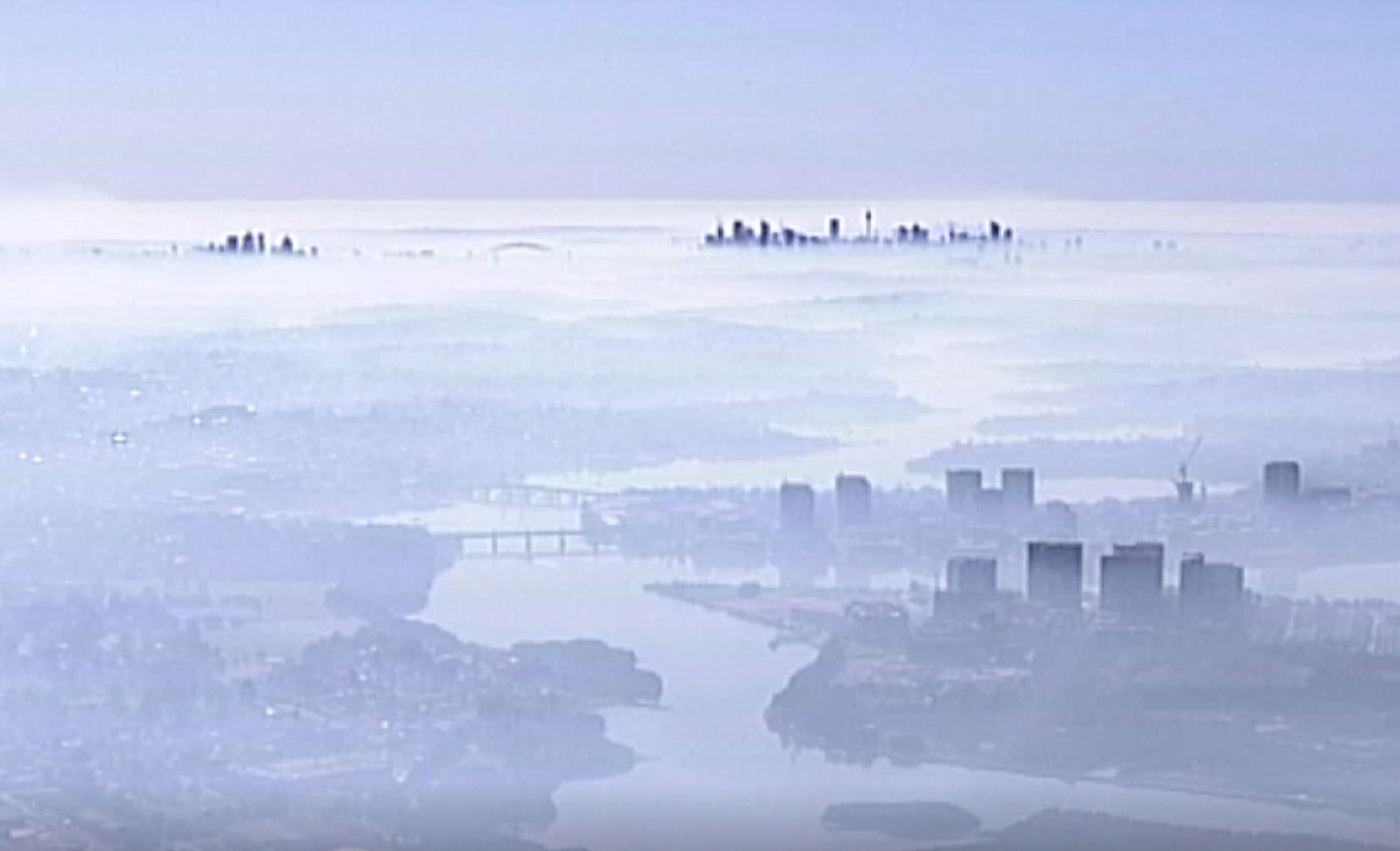 Air pollution is just one of the public health concerns facing Sydney and other places. Image: video still from ABC News

Where is the comprehensive public health response to the bushfire climate emergency?

Introduction by Croakey: In recent days, Federal and State Governments have issued various media statements on the bushfire crisis and health, including about the deployment of Australian Medical Assistance Team (AUSMAT) specialists to provide medical support to people evacuated from bushfire-affected communities, and on the usefulness and distribution of P2 face masks.

NSW Health advises that it has issued 15 health warnings since the start of the bushfire emergency and has also taken steps to improve emergency access to medicines, while the Therapeutic Goods Administration has granted pharmacies temporary permission to advertise puffers and other inhalers with salbutamol.

But is this enough? Does this in any way resemble the type of comprehensive response that a public health disaster of this scale merits?

Not according to senior public health academic Professor Rebecca Ivers, who has called for a coordinated public health response to the unfolding bushfire and climate emergency.

As well, the Climate and Health Alliance today issued a statement calling on Federal and State Governments to work together for climate action, saying governments have been warned for decades about the risk of the bushfires and heatwaves now being experienced.

As fires burn across the country, with more to come later this week due to rising temperatures, we need to urgently plan a coordinated public health response to this climate emergency.

This climate emergency should not come as a surprise  – due to rising temperatures, we have had predictions of increased droughts, extreme weather conditions, and a more ferocious and extended fire season for decades, including multiple reports from CSIRO, and the Garnaut Climate Change Review in 2008, amongst others.

Various groups have also proposed responses to the challenge, including the framework for a national strategy on climate, health and well-being for Australia developed by the Climate and Health Alliance.

However, our combined state and national response has been minimal, and even calls from fire chiefs for an urgent response to predictions of a worse than usual fire season were ignored.

The resulting and ongoing fire emergency has been diabolical, and has also highlighted major gaps in our ability to prepare and respond for climate emergencies.

There are multiple and complex aspects of the public health response, both acute and long term.

During the acute phase, critical needs that must be addressed include threats to life from fire and smoke, the retrieval and management of those with burn injuries and suffering from smoke inhalation and respiratory distress.

The respiratory safety of firefighters and communities in communities affected by fire is also a major issue and having adequate, affordable and timely supply of appropriate respirators, firefighting equipment and masks is essential.

Access to food and clean water is also essential, and clear and constant communication for both evacuation and repatriation of those affected (which is very much facilitated by the ABC across Australia).

Delivery of essential medicines is also critical, and the NSW Government move to ensure prescription medicines will be made available from community pharmacies without prescription for those affected is notable.

Increases in road crashes in first responders and others travelling in smoke and fire affected areas due to hazardous conditions, emergency evacuations and fatigue are also likely.

Well-coordinated plans for road safety as well as health care service delivery can be developed as part of robust disaster management plans which must be regularly reviewed.

It is clearly time to review how we provide updates and timely, useful, easy to understand information in an emergency, both through the ABC but also through other means.

Psychological impacts from the fires including PTSD will also be a major issue that authorities must plan for going forward. Mental health issues will not only affect firefighters, those on the frontline and all first responders, and those who have lost family members and homes, but also the general community due to heightened distress and anxiety across the board.

Having comprehensive plans for delivery of trauma informed care for those who need support is essential. This must be tailored for communities and be accessible to all.

Equity in access to emergency response is also critical – many who have lost homes, cars and possessions will be either not insured or underinsured.

Employment opportunities will also be limited in regional towns impacted by fire, and economies will be hard hit. Economic loss and access to services may impact some more than others.

Responses must be delivered in partnership with local communities who will be well situated to determine community needs.

In particular, Aboriginal people will be hard hit, and will also be impacted not only by loss of physical property, but by ongoing loss of land, and water, with resulting and compounded impacts on health. Racism in access to aid from NGOs has already been reported in this emergency, which again compounds harm.

Once people can return home, there is more to consider including access to housing, food and water, quality of water, education and employment and questions around who pays for reinstatement of infrastructure.

Access to health services including monitoring of ongoing smoke related health conditions, and post traumatic stress disorder will also need to be carefully mapped out and well resourced.

Over the longer term, a comprehensive research agenda addressing the impact of climate emergencies on health must be developed.

This will need to include research to understand the impact of smoke, and fire retardants on hospital admissions, and on respiratory and chronic health conditions, including in the long term.

Changes in water quality must be examined, and resulting health impacts. Economic and social impacts must also be monitored, including longer term impacts of health in affected communities.

The research agenda must include those from outside the health sector – urban planners, builders and architects, engineers and scientists.

Much can be done outside of the health sphere to mitigate the impact of climate induced emergencies. Development of policies to reduce emissions and contribution to global advocacy is vital.

But in the short term, funding development of national and state emergency and disaster readiness plans is key, along with the development and funding of a national research agenda to better understand and mitigate impact.

• Professor Rebecca Ivers is head of the School of Public Health and Community Medicine, UNSW. Follow on Twitter: @rebeccaivers 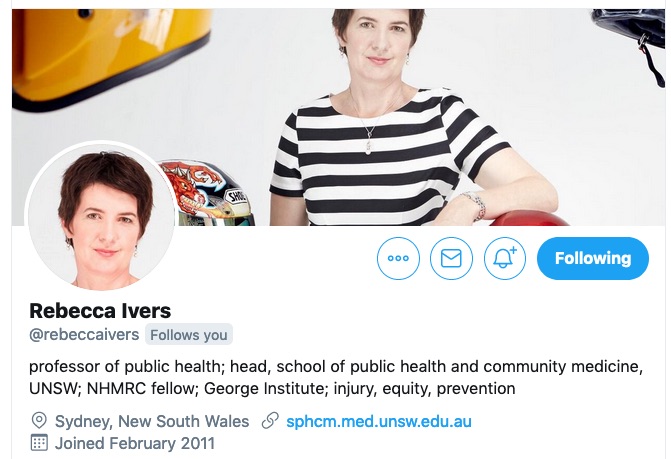 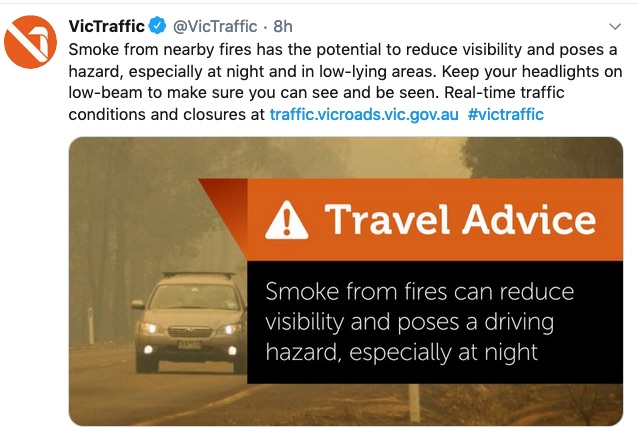 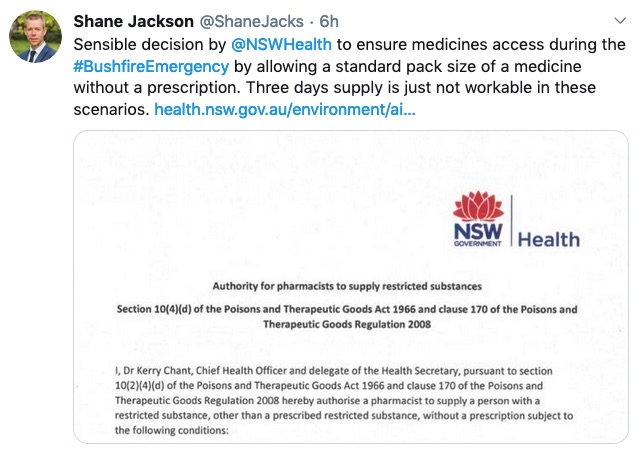 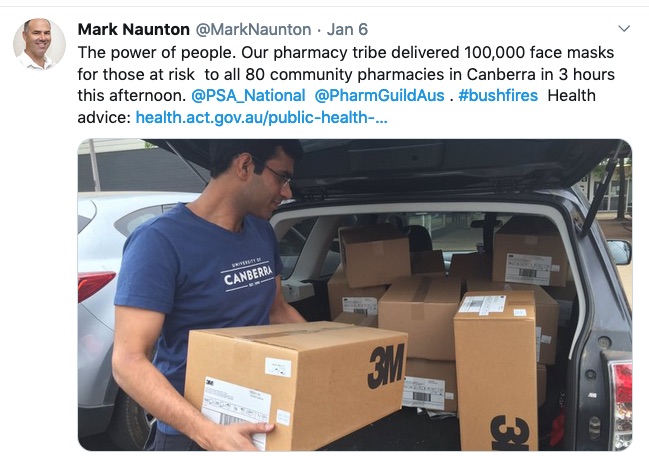 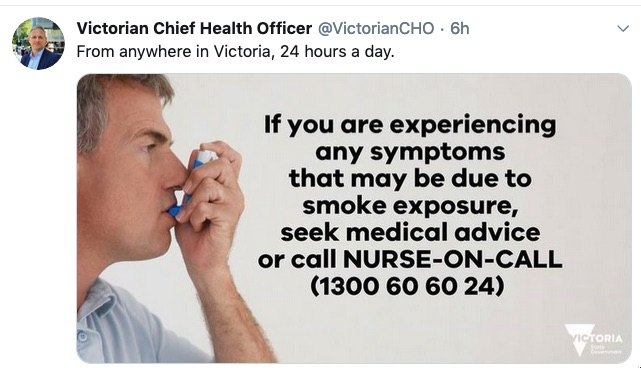 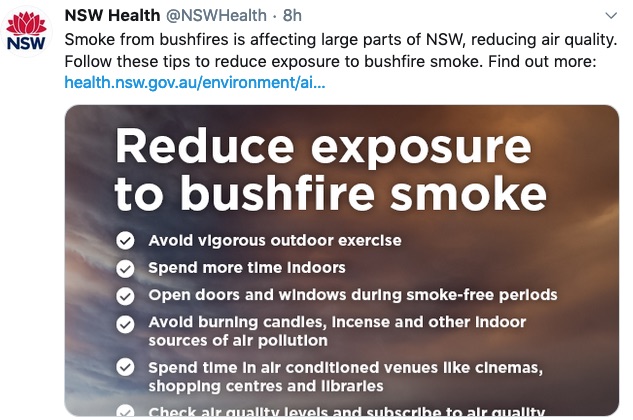 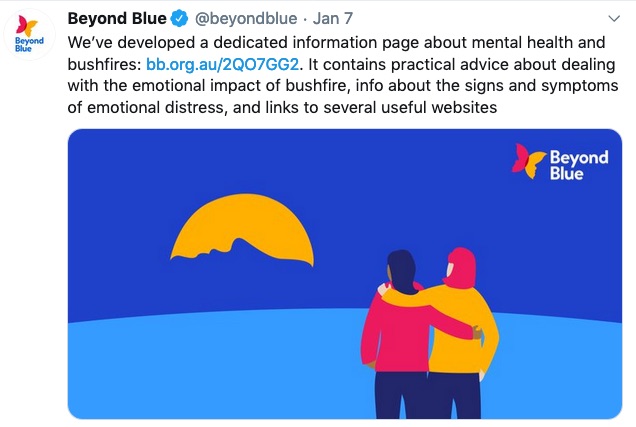