Home Healthcare and health reform chronic diseases While talking about medicines during the election campaign, here are some critical questions… 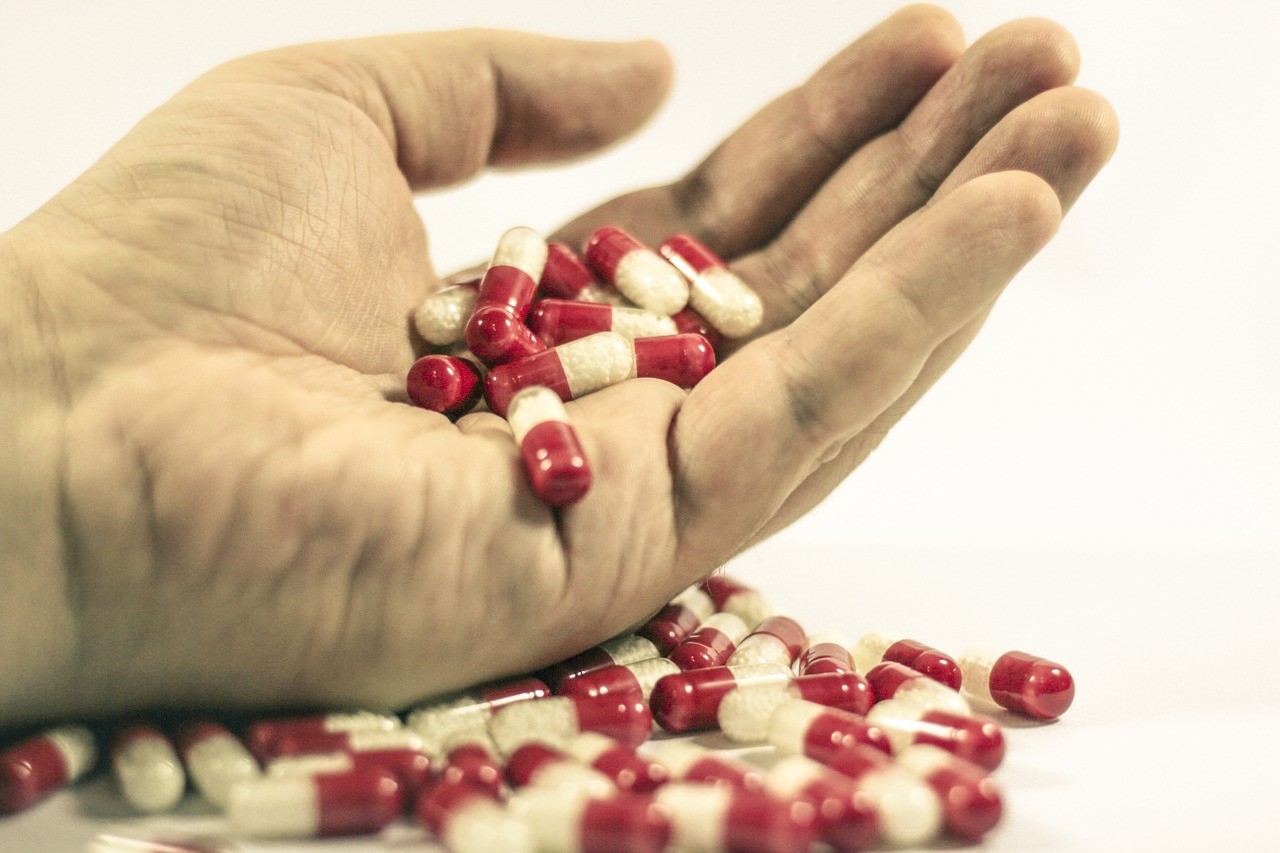 While talking about medicines during the election campaign, here are some critical questions…

We have generally heard much less about how a Government cave-in to the powerful pharmacy business lobby has been to the cost of patients and taxpayers, as outlined in the article below by Ric Day, Professor of Clinical Pharmacology at UNSW Medicine.

The article, which follows concerns raised last month by the Consumers Health Forum and the Royal Australian College of General Practitioners, was first published at John Menadue’s Pearls and Irritations blog, under the title, Pharmacy Guild Out Muscles Government Again.

Most medicines on the Pharmaceutical Benefits Scheme (PBS) are for chronic conditions that affect one in two Australians and include conditions such as hypertension, raised cholesterol and type two diabetes.

Fronting up to the pharmacy every month to pick-up ‘repeats’ and paying a co-payment (up to $6.50 for concessional patients and up to $40.30 for general patients) and a ‘dispensing fee’ (if a non-concessional patient) might seem more than necessary, especially if there is little if any interaction with the pharmacist.

The Pharmaceutical Benefits Advisory Committee (PBAC) was asked whether the supply of chronically used medicines could be extended for longer periods. In August 2018 the PBAC recommended that 60 days’ supply for 143 medicines would be “safe and cost-effective”.

An extension from one to two month’s supply of a medicine for a chronic, stable condition would appear to be quite a conservative recommendation with respect to patient safety. It might improve adherence too, there being less opportunities to delay picking up medicines over a year.

This suggestion would mean less income for pharmacies. There could be approximately six dispensing fees to the pharmacy in a year, instead of the current 12 per medicine per year. The official dispensing fee is paid by the government in the case of concessional patients, or by the general consumer.

Paying one co-payment instead of two for 60 days’ supply, especially for elderly concessional card holding patients with commonly more than one chronic illness, would have been very welcome, as would the cost-saving to government.

Sadly, this advice from PBAC, initially accepted by Health Minister Greg Hunt and recommended publicly for incorporation into the March 2019 budget, was withdrawn prior to the budget presentation.

Mr Hunt’s declaration met strident criticism from reputedly the most influential lobby group in Canberra, the Pharmacy Guild of Australia, that represents owners of Australia’s 5,700 pharmacies. The initiative was summarily withdrawn by the Minister.

The Guild’s argument, widely reported in the media, was that their member’s financial viability would be seriously affected. The impact on consumers, and the value to them, received cursory mention only.

The President of the Pharmacy Guild forecast “a devastating impact on the viability of community pharmacy businesses” and was upset that the recommended change came “without any consultation” with the Guild.

The Guild took out full page advertisements in The Australian describing the proposed reform as “catastrophic” and leading to “mass loss of jobs”.

‘Keeping the pharmacists happy’ has been a given for successive governments over the last two to three decades, a strategy linked to the significant influence pharmacies are perceived to have on electoral outcomes given the high standing of pharmacists in the community and their geographical spread across the Nation.

The Guild President has even proposed that the government should never again table any health-related reform that might impact community pharmacy without written agreement of the Guild!

Widespread criticism of the ‘about face’ by government followed, notably from the Consumer’s Health Forum and Royal Australian College of General Practitioners but the ‘budget horse’ had already bolted for home.

As CHF CEO Leanne Wells noted, “enabling patients to collect two months of scripts in a single visit to a pharmacy would be safe, practical and convenient for patients.” She urged pharmacy owners “to display respect for the community and accept the two-month script proposal and recognise the importance of patient convenience and cost savings for patients.”

The prescriber determines how many of the allowable repeat prescriptions for a medicine is reasonable for a patient, taking into consideration relevant factors such as ‘how long the patient has been taking the medicine’, ‘how stable the chronic condition is’, ‘when a follow-up review by the GP is booked’, and ‘whether the prescriber feels that provision of that number of repeats is safe’.

If a prescriber writes a prescription with five repeats, a reasonable interpretation is that a clinical review by the prescriber is unlikely to be needed for the period covered, that is about six months.

Even if the pharmacist does provide additional health services on top of just dispensing the medicine, and some do with proven effectiveness, how necessary is this for every repeat prescription that is dispensed?

The Pharmacy Guild say that pharmacists review their client’s medications, check for adverse reactions and possible drug interactions, promote adherence to the drug therapy, and answer questions that the patients might have about their medicines or health care.

But does this happen across the board and is it necessary every month?

There is no auditing of whether these services are delivered let alone whether they are effective, which is surprising given their cost.

Certainly, with new prescriptions, a pharmacist’s advice about the medication and what to look out for is valuable if delivered.

In fact, a component of the dispensing fee paid to pharmacists was for delivery of the official ‘consumer medicines information (CMI) available for each prescription medicine, each time the medicine was dispensed by the pharmacist. However, we know that delivery of CMI, even with first prescription of a medicine, is now at best, patchy, let alone any other ‘interactions’ in support of safe and effective medicines use.

Clearly, delivery of any of these services is very dependent on the pharmacist and the pharmacy.

It appears the main incentive for maintaining the monthly ‘repeat’ system as expressed by the Pharmacy Guild is the ‘dispensing fee’ and various mark-ups. There is little or no evidence given for the actual ‘delivery of health services’ and even less for their value for chronically ill patients forced to pick up repeats monthly or for the tax-payer.

Is there a way forward?

Could savings made by supporting 60 instead of 30 days medicines supply for selected medicines be shared with community pharmacy – in return for evidence of provision of ‘health services’ around medicines, and ultimately proof for the value to individuals and the tax-payer being demonstrated?

As pharmacy pushes towards an increased role in provision of health care, including, for example, prescribing medicines such as oral contraceptives and being embedded in aged care facilities to enhance ‘quality use of medicines’ and improve medication safety, such approaches need to be considered by the pharmacy profession.

The benefits to consumers’ health and economic outcomes need to be the evident goal, not the financial results for pharmacy, although viability of community pharmacy is a legitimate consideration.

Taxpayer support for the expenditure for the delivery of health care by pharmacy should be contingent upon robust evidence for its clinical and economic value. 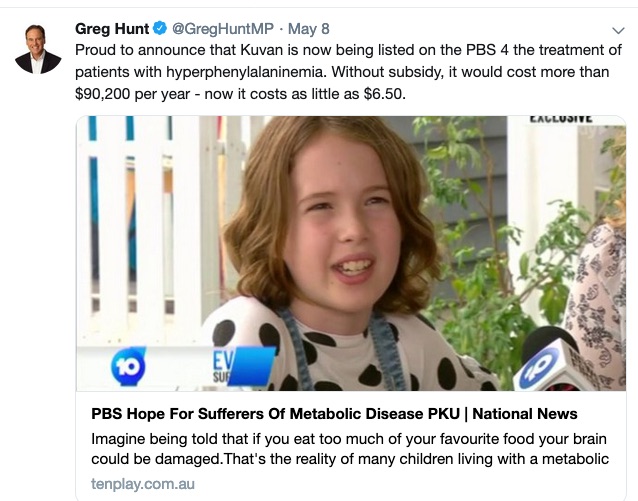