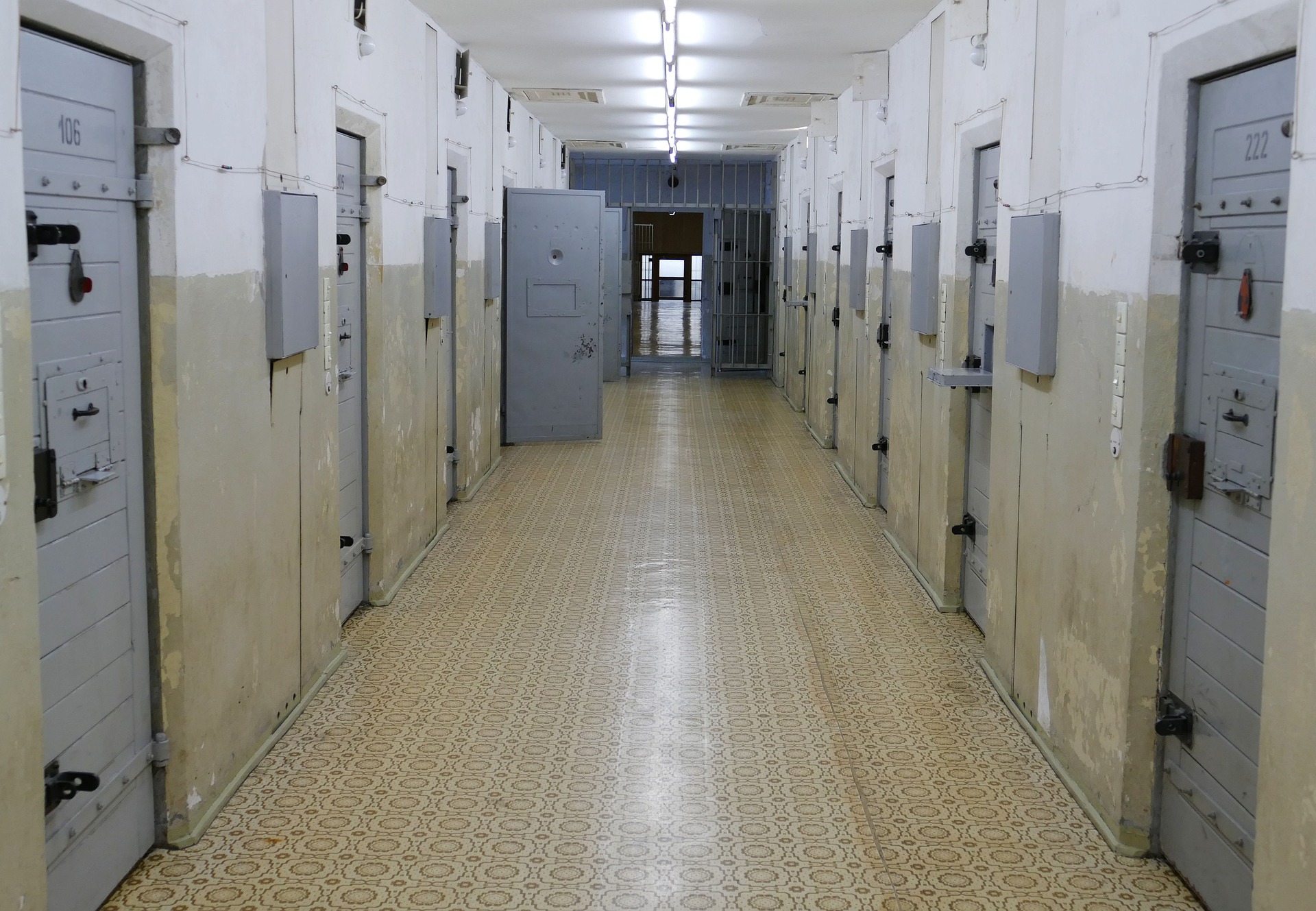 There many groups at increased risk of harms related to the COVID-19 pandemic whose needs appear to be largely ignored in Australia’s response (including homeless people, people with disabilities, refugees and people with limited English language skills and women and children living in situations of domestic violence).

One group of particular concern, from both a human rights and public health perspective, is people in prison.

Prisoners are at increased risk of harms from the coronavirus due to prison overcrowding, sanitation conditions and inadequate quarantining facilities, all of which make containing the spread of the virus almost impossible.  Many prisoners have health conditions that make them more at risk of harms from infection and prisons do not have the health care facilities to treat people with serious illnesses.

This is of particular concern for Aboriginal and Torres Strait Islanders, who are over-represented in the prison population and who already are at greater risk due to their poorer overall health status.

This is not just an issue of the human rights of prisoners to have the same opportunity as others in the community to protect themselves from infection and receive treatment when needed (although this is of course vitally important). Prisoners can also act as vectors to spread infection in and out of the prison community, particularly in Australia where a high proportion of people incarcerated are only in prison for short periods.  This article from The Lancet outlines describes prisons and other custodial settings as “an integral part of the public health response to coronavirus disease 2019”

Below Thalia Anthony, Professor in Law at the University of Technology Sydney  argues for a limited release of prisoners to ensure prisons can implement appropriate infection control and quarantine arrangements to protect both the health of the remaining prisoners and the general population.

This article first appeared in The Conversation and is re-published here with permission.

In a national emergency, governments typically pursue punitive law-enforcement agendas. They can also repurpose prisons and prisoners for forced labour, war efforts and so on.

In response to the COVID-19 pandemic, governments have tended towards punitive controls and sanctions on movement and hoarding.

Read more: View from The Hill: Government forced to “scale up” fiscal response to deal with impact of “scaled up” health response

But the Australian government has been silent on prison policy in its coronavirus control measures. The well-documented history of the transmission of infectious diseases in prisons rings alarm bells for the threat of COVID-19 to prisoners and society at large. This blind spot could have a devastating effect on communities, especially Indigenous communities.

Across countries where coronavirus has caused the greatest harm to human lives so far – China, Italy and Iran – prisons have been an important locus for the spread and a focus for reform.

China has recorded at least 806 confirmed COVID-19 infections in five prisons across three provinces. Of those infected, four are in a critical condition. Almost one-third (233) of the people infected are in Wuhan Women’s Prison.

The government’s response has been to quarantine released prisoners for 14 days. But this was revealed as ineffective last month, when a woman with COVID-19 bypassed this safeguard.

In Italy, there have been no cases of infected prisoners, but fears that it would spread in its overcrowded prisons with no safeguards has led prisoners to demand amnesty. These concerns, along with the Italian government  barring visitors to prisons, have led to uprisings in 23 jails. As of March 10, the uprisings and heavy-handed response had resulted in the deaths of 12 prisoners. The government has maintained its heavy-handed dealings with prisoners.

By contrast, the Iranian government has released 70,000 prisoners to prevent an outbreak of COVID-19 in prisons. Prisoners have been freed indefinitely, provided they pose no risk to security (an arbitrary concept that nonetheless explicitly includes those convicted of hoarding medical supplies).

The priority has been to release prisoners with pre-existing health conditions. This measure is wholly preventive, as no COVID-19 cases have been reported in Iranian prisons to date.

There are about 45,000 adults and children in Australian prisons and youth detention centres. Evidence demonstrates two things we can anticipate if COVID-19 contaminates prisoners:

The first concern is grounded in research on other diseases, such as tuberculosis (TB), where rates of infection among incarcerated populations are up to 100 times higher than outside of prisons.

In Australian prisons, the prevalence of Hepatitis C is 30%. Overall, communicable diseases are a much more significant issue in prisons than in the general population.

Australia’s overcrowded prisons are unable to guard against the rapid spread of diseases. It is a combined product of the facilities and inadequate sanitation and health services in prisons.

The World Health Organisation (WHO) identifies overcrowding as a structural problem that contributes to the spread of infections in prisons. It acknowledges that an outbreak of disease in prisons threatens people outside prisons.

Second, people in prisons tend to have poorer health, including chronic conditions that predispose them to the worst effects of COVID-19. Inadequate health care in prisons exacerbates poor health. The Guardian’s analysis of deaths in custody over the past decade found 34% of deceased Indigenous people and 21% of deceased non-Indigenous people received sub-standard care from medical staff.

Inadequate health care for prisoners is contrary to the International Covenant on Economic, Social and Cultural Rights. It provides that everyone has a “right to the highest attainable standard of physical and medical health”.

Risk to the wider community

For some, it may be a comforting thought that infected people in prisons will be quarantined. But the reality is that a vast number of people detained in Australian prisons are there for a short period. One-third are unsentenced and many may leave following the remand period. This means they will be in prison for less than a few months before being released.

The statistics show Australian prisons have a high churn rate. In the same way prisons are not capable of containing an outbreak, there are not the facilities to quarantine every person who is released from prison into the community.

Given that a significant portion of prisoners have no stable accommodation and many become homeless following imprisonment, self-quarantining is not a viable solution.

It is well-documented that Aboriginal and Torres Strait Islander people are overrepresented in prisons. Prisoners and eventually their families and communities have disproportionate exposure to infection, given that 20 in every 1,000 Indigenous people are incarcerated, compared to less than two in every 1,000 of the general population.

Their vulnerability in prisons is aggravated by their poorer health, including rates of diabetes at three times (1 in 9) the rate of non-Indigenous prisoners (1 in 29).

Read more: How to flatten the curve of coronavirus, a mathematician explains

Indigenous people who may be exposed to infection in prisons will return to communities that are ill-equipped to respond to a COVID-19 outbreak. Especially in regional and remote areas there is a glaring lack of health services and resources. They are more likely to live in overcrowded houses – up to half of houses in remote Indigenous communities – which contributes to the spread of disease. There is also a lack of food and sanitation supplies, which defies the coronavirus policy in some countries to “stock up and stay home”.

Poorer health and inadequate housing contributed to Indigenous people bearing the brunt of the 2009 swine flu, with death rates six times higher than the general population.

Why releasing some prisoners is the best option

To prevent prisons becoming COVID-19 hotspots, the only logical response is decarceration. This emergency measure is necessary to protect the health and well-being of prisoners and the wider community.

Prisons are the remaining sphere of Australian society that is denied the protection of infection control standards. Prisoners are forced into a possible site of contagion with no choice over the prison facility, or cell mates with whom they will be detained. Imprisonment should not involve forced subjection to a deadly infection.

Read more: To limit coronavirus risks on public transport, here’s what we can learn from efforts overseas

The preventive response by the Iranian government of releasing prisoners – and the simultaneous outbreaks in Chinese prisons – show governments and prison officials have to be on the front foot. Release must occur immediately – before infections in prison occur – to safeguard the population. The Australian government needs to coordinate the measure, rather than depend on the discretion of individual state and territory governments.

The release of prisoners should begin with those with health conditions, children and youth, and the substantial number of adult prisoners who are detained for summary offences (unlawful driving, public disorder, fine default and so on), property crimes, common assault and breach of justice procedures. A moratorium should also be imposed on imprisoning minor offenders and unsentenced persons.

Overcrowded prisons are simply incapable of quarantining people. Policies need to be directed to releasing prisoners, and laws governing police, prosecution and judicial discretion need to be changed to prevent further imprisonment.