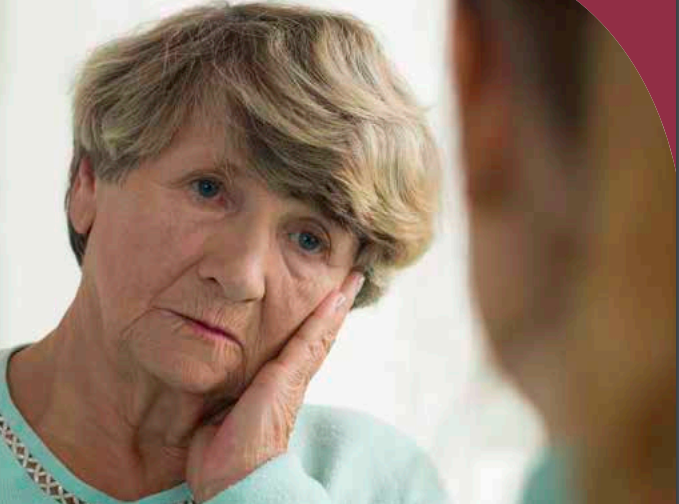 Why we need to keep the gender focus on elder abuse

Introduction by Croakey: The Federal Government recently announced the terms of reference for its Royal Commission into aged care, in response to shocking incidents of neglect, abuse and negligence in aged care around Australia.

The inquiry has been largely formally welcomed though many experts across sectors say Australia has had 20 major inquiries into aged care over the past 20 years and actually just needs the political will and funding to put the recommended reforms into action.

While elder abuse is not specifically mentioned in the terms of reference, Prime Minister Scott Morrison declared:

A key task of the Royal Commission will be to help build a national culture of respect for ageing and older Australians.

And of course elder abuse is not confined to aged care facilities.

In the post below, Autumn Pierce, Health Promotion Manager at Women’s Health East in Melbourne, raises concerns that policy discussions on elder abuse tend to overlook, if not ignore, the gendered nature of that abuse, rather than building upon the existing evidence base informing the prevention of men’s violence against women.

The manifestations and implications for women of gender inequity in Australia – the wage gap, lower superannuation balances and greater vulnerability to sexual and physical violence and workplace harassment, to name a few– aren’t exchanged for your Seniors Card.

If anything, where these experiences of discrimination intersect with ageism, their effects are further compounded.

Earlier this year, I attended the Victorian Government’s Elder Abuse Prevention Forum on behalf of Women’s Health East, and since then I’ve been particularly interested in conversations relating to the issue.

Elder abuse in itself isn’t a new issue, but it has come into focus more lately, especially in Victoria, where it is now recognised within a family violence context. In this year’s budget, in continuing response to the recommendations the Royal Commission into Family Violence released in 2016, the State Government announced  it would invest $6 million to tackle elder abuse by extending the trial of an integrated model of care – offering specialist clinical advice, family counselling and mediation services.

The majority of the prevention funding made available after the Royal Commission was allocated towards preventing men’s violence against their female intimate partners. Coupled with the data from Our Watch’s Change the Story framework, the findings from the inquiry paint a clear picture of the epidemiology of violence in Australia:

Within this heteronormative framework, violence against women is widely regarded as a gendered epidemic. But from the limited available data on elder abuse, we know these patterns of violence aren’t reflected among older people.

For example, most abuse is perpetrated by adult children rather than intimate partners and physical and sexual abuse are the least common types of reported abuse.

Importantly, the primary driver of elder abuse is ageism, but this in no way suggests the issue is not a gendered one.

On that note, let’s get one thing out of the way. Everything. Is. Gendered. Everything. According to the European Institute of Gender Equality, gender issues include all aspects and concerns related to women and men’s lives and situation in society, to the way they interrelate, their differences in access to and use of resources, their activities, and how they react to changes, interventions and policies. In other words, women and men experience and interact with the world around them differently, which is largely due to forces outside of their control.

Not everyone views the world through this lens, but given what we know about violence against women, I am genuinely surprised to have heard more than one respected colleague within the health promotion sector claim elder abuse is not gendered.

The manifestations and implications for women of gender inequity in Australia – the wage gap, lower superannuation balances and greater vulnerability to sexual and physical violence and workplace harassment, to name a few– aren’t exchanged for your Seniors Card.

If anything, where these experiences of discrimination intersect with ageism, their effects are further compounded.

But clearly the evidence is ambiguous enough to make some people assert the opposite. So I sat down to make a compelling case for why elder abuse is without a doubt a gendered issue. As my laptop booted up I envisioned authoring a ground-breaking piece. The high-level correlations I intended to make would surely land me in journals worldwide by the end of the month.

Consensus in the evidence

After spending 10 minutes on the Internet, my vision of winning an award for excellence was dashed. The Australian Government’s Australian Institute of Family Studies, Senior Rights Victoria, and the University of Melbourne and the Multicultural Centre for Women’s Health beat me to it.

Turns out there’s consensus in the evidence: Older women are significantly more likely to be victims of abuse than older men, and while women comprise a higher proportion of the older population than men, this alone does not explain the disparity. In other words, women experience elder abuse differently than men, which makes it – you’ve guessed it – a gendered issue.

In all the resources produced by the above institutes, gender is identified as a risk factor for elder abuse. The Institute of Family Studies’ report cites research pointing to ‘an association between gender roles and elder abuse, particularly financial abuse, because under traditional gender role paradigms, women have not expected, or been expected, to take responsibility for financial matters. In this respect, norms that support women’s relinquishment of financial control to others are also seen to be conducive to creating opportunities for elder abuse.’

The 2016 submission  to the Australian Law Reform Commission Inquiry on Elder Abuse by the University of Melbourne and the Multicultural Centre for Women’s Health highlights the following:

‘Compared to older men, older women are more likely to outlive their male spouses, live in poverty and rely on social welfare, and suffer chronic health conditions, disabilities, and limitations in activities of daily living. All of these factors marginalise older women in society, increase their risk of abuse and neglect, and limit their access to services and support.’

Why the different focus?

So I’m sitting here, genuinely confused. Where has anyone gotten the idea elder abuse is NOT gendered? What resources or evidence are they referring to? Reflecting once again on the elder abuse forum, why wasn’t the issue framed in a way that positioned elder abuse as gendered?

Perhaps it’s the male to female perpetrator ratio that has thrown everyone off. Across Australia, 95 per cent of victims of physical and sexual violence, including threats, reported a male perpetrator. This only encompasses reported violence, but for the purpose of this exercise, let’s assume 5 per cent of perpetrators of violence in Australia are women. When we narrow the scope to abuse against older people, the dynamics shift (financial and physiological abuse become more common than physical and sexual violence) and the proportion of women who perpetrate increases.

The Institute of Family Studies report describes three studies based on data and calls for elder abuse helplines. In all three studies (across Victoria, Queensland and New South Wales), calls were mostly in relation to female victims and the most commonly reported perpetrators were male. However, in the Queensland study, 45 per cent of perpetrators were reported to be female and, in Victoria, females made up 40 per cent of reported perpetrators. Although men still perpetrate at a significantly higher rate than women, the numbers look very different than the 95/5 split upon which we base most of our current initiatives that address men’s violence against their female intimate partners.

By all accounts, men are the most commonly reported perpetrators of elder abuse, but for a more accurate picture of the issue we also need to take into consideration the fact that women disproportionally assume (paid and unpaid) care taking responsibilities of older people. Access to a potential victim is a significant risk factor for abuse, and should be included in this discussion.

We don’t have enough data to calculate the adjusted perpetrator rate for gendered carer ratio (and I’d be lying if I said I could do that even if we did), but as health promotion practitioners we should be able to recognise when the numbers aren’t telling the whole story.

While ageism is the primary driver of violence against older people, when we start talking about older women, we have to apply what we already know about the structures, norms and practices that disadvantage women of all ages.

At a national and state level, the drivers and risk factors have been identified and the issue has been framed as gendered. The context has been set, but it seems to not have resonated with the people analysing these reports and translating the information to the wider sector.

The way a social issue is framed should reflect the attitudes and beliefs of the intended audience, and what’s most disappointing here is that something has fallen short, and as a result we are missing an opportunity to respond to nuance and unpack complexities that could help us better understand and prevent elder abuse.

As a sector, nothing we do should support a one-size-fits-all approach, but everything we do should be with intersectionality at the forefront. It is up to us to expand upon what is currently available within the elder abuse space, to participate in research that quantifies the incidence of violence, to strengthen the replicability and validity of the evidence base, and to effectively respond to the intersect of all underlying drivers of violence, including gender inequality.