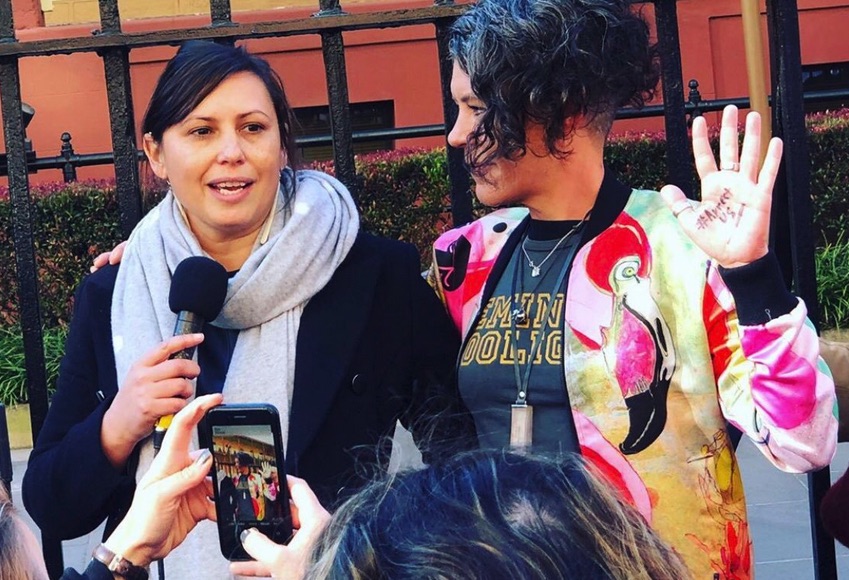 Summer May Finlay (L) and Emily Mayo at a rally for abortion law reform in Sydney last month. Credit: Tweet by Emily May

Introduction by Croakey: Many hundreds of women rallied in Sydney yesterday under the hashtag, #VoteProChoiceNSW, ahead of a critical vote in the NSW Parliament this week to decriminalise abortion (see tweet reports beneath the article below).

Meanwhile, the Federal Government’s new Religious Discrimination Bill is opening a new front in the fight to ensure women’s access to abortion services, warn Dr Elizabeth Shi and Ariella Gordon from RMIT University in the article below, which was first published at The Conversation.

If the Religious Discrimination Bill passes into law, women may find it harder to get an abortion.

That’s because health practitioners with an objection to performing the procedure on religious grounds may have stronger legal protection and may not be compelled to refer women to an alternative provider.

This may lead women to consult multiple services, if available, before finding a doctor willing to perform the procedure.

Read more: The government has released its draft religious discrimination bill. How will it work?

Who does the bill cover and where?

In the new bill, the term “health practitioner” has a broad meaning. It includes doctors, nurses, midwives and pharmacists. If the bill passes into law, it would apply to health practitioners around Australia. This means it has the potential to override current state and territory laws protecting women seeking abortions.

At the moment, in states such as Victoria and NSW, health professionals may conscientiously object to performing abortions but must refer women to another service.

However, this new bill may override state laws by allowing health professionals with a conscientious objection to refuse to refer them.

Read more: One in six Australian women in their 30s have had an abortion – and we’re starting to understand why

It is unclear how the courts will interpret these rules.

Read more: FactCheck: do women in Tasmania have access to safe abortions?

The bill may also exacerbate problems some women already face in accessing an abortion.

For instance, in Tasmania, some women are forced to travel to Victoria due to the difficulty of accessing medical practitioners to perform the procedure in their home state.

In 2018, a Cricket Australia employee Angela Williamson spoke out after being forced to travel from Hobart to Melbourne for this reason. After speaking out on Twitter about the poor access to abortion services in Tasmania, she lost her job.

Conscientious objection is already a problem

Not all doctors act legally under existing legislation. A recent study focusing on Victorian providers found doctors had:

The study also showed how government phone staff authorising abortion pills, pharmacists, institutions like private hospitals and political groups all used or misused conscientious objection. They either delayed or blocked access to existing services or contributed to the actual lack of abortion providers and services, via lobbying the public or government.

The new bill will likely make these types of situations more common.

Right to religious freedom vs right to health care

The bill is controversial because it elevates the protection of religious freedom above other rights, such as the right to health care for women seeking an abortion.

Australia needs stronger protections from discrimination for people of faith, but the current bill introduces unjustified carve-outs for people to express discriminatory views and to override state and territory protections which ensure fair treatment, particularly for women accessing abortion services.

Read more: Religious Discrimination Bill is a mess that risks privileging people of faith above all others

The bill will undermine women’s reproductive health. In some jurisdictions, like South Australia and Western Australia, it will allow doctors to abandon their patients. The bill unjustifiably prioritises a doctor’s personal religious beliefs over the right of women to access the healthcare they need.

In 2018, an International Women’s Health Coalition study found a failure to provide abortions to women has terrible impacts by placing “patients at risk of discrimination, physical and emotional harm, and financial stress”. Those possible harms included death.

The Religious Discrimination Bill should be amended to strike a better balance between religious rights and women’s right to access abortion. It is important to require conscientious objectors to refer the patients seeking abortion to other providers.

There should also be provisions in the bill to ensure conscientious objectors genuinely have deeply and consistently held religious positions, perhaps through a registration scheme. 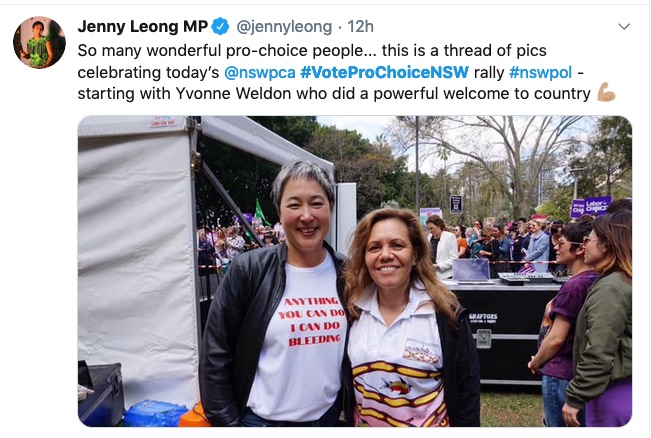 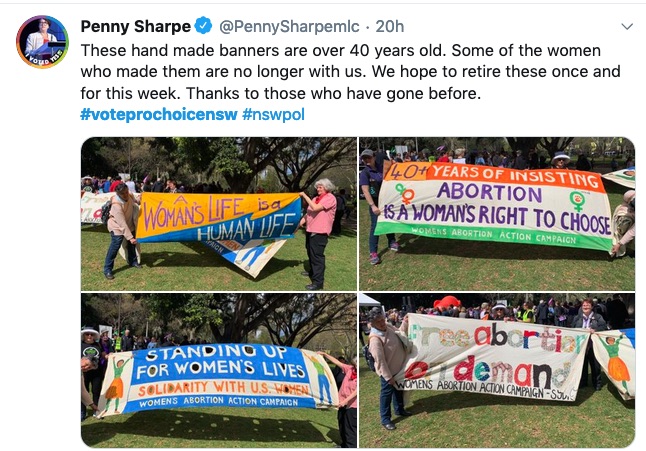 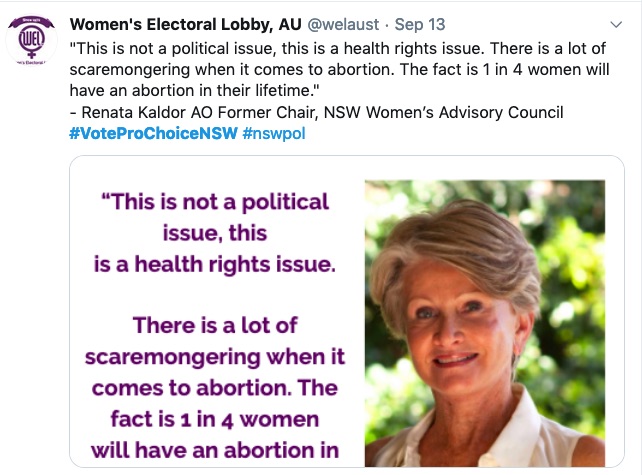 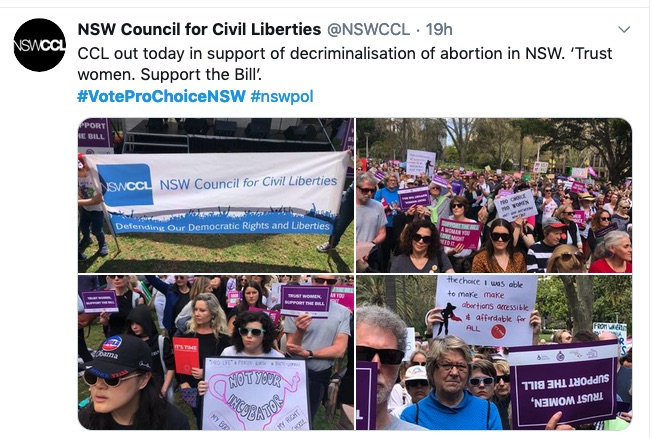 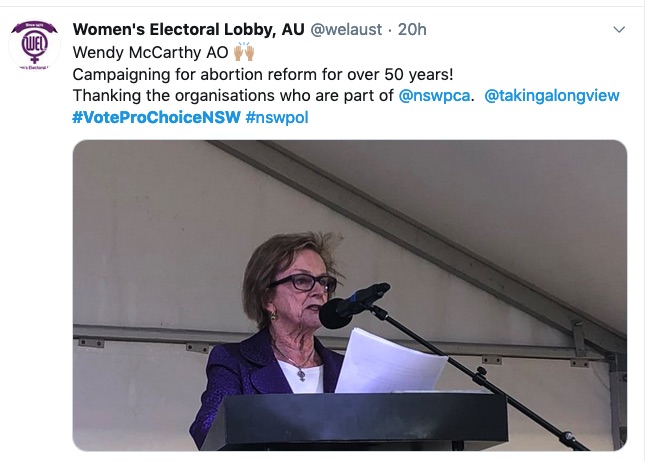 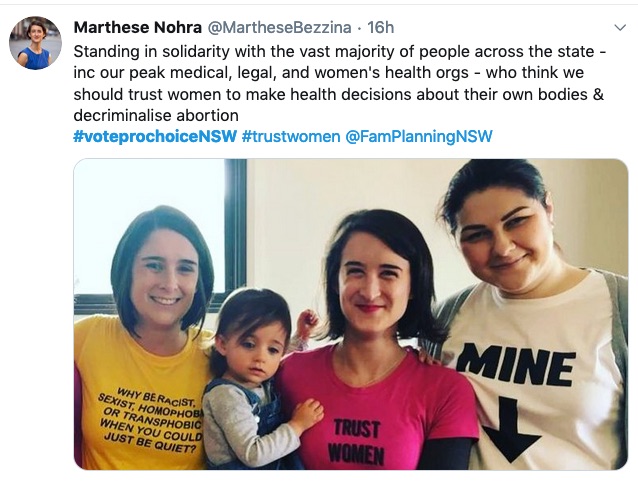 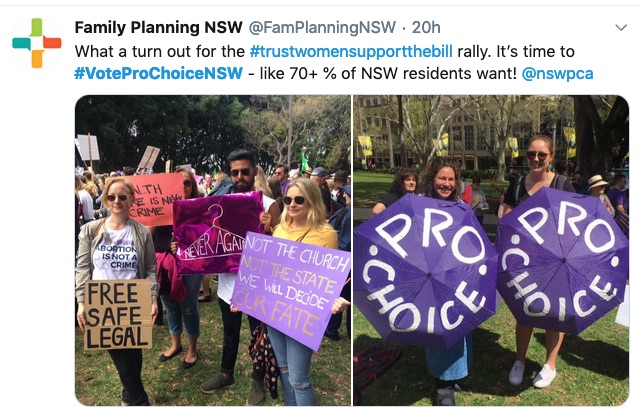 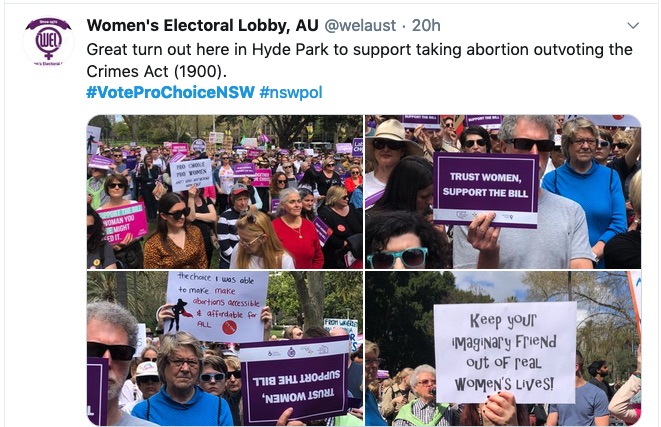 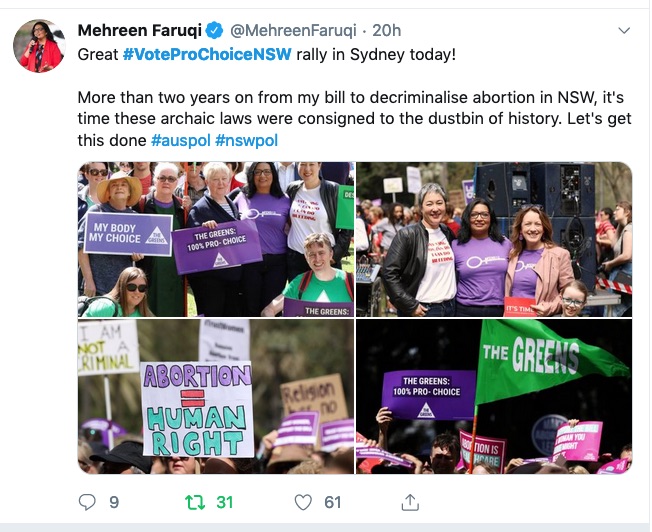 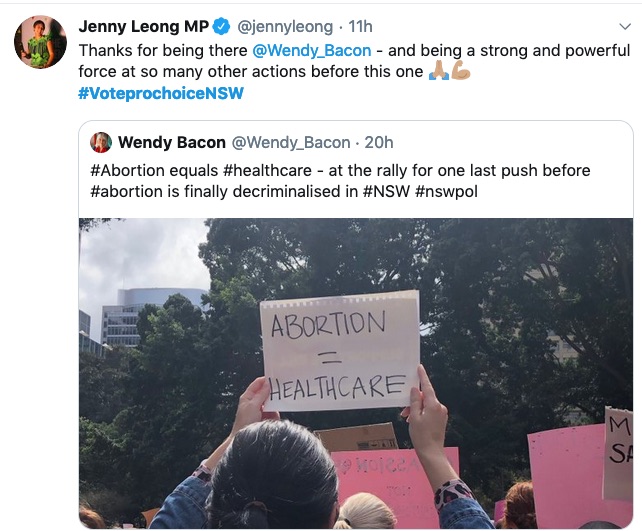 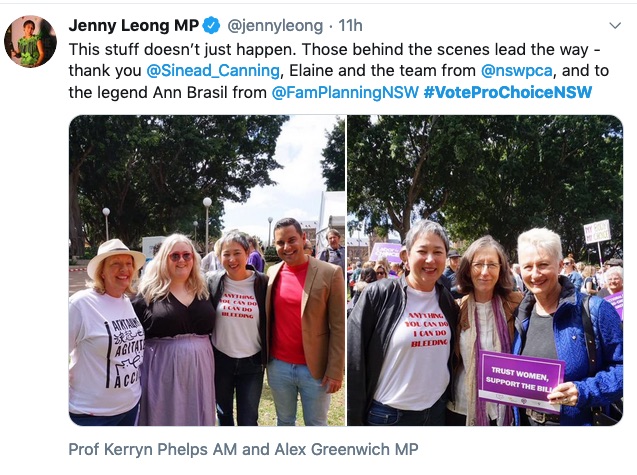 The tweet below is from a rally in Sydney on 20 August, where Summer May Finlay, a contributing editor at Croakey, was one of the speakers. 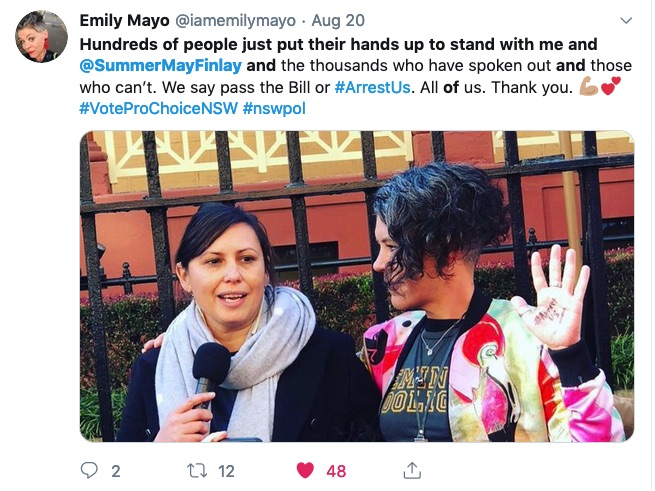