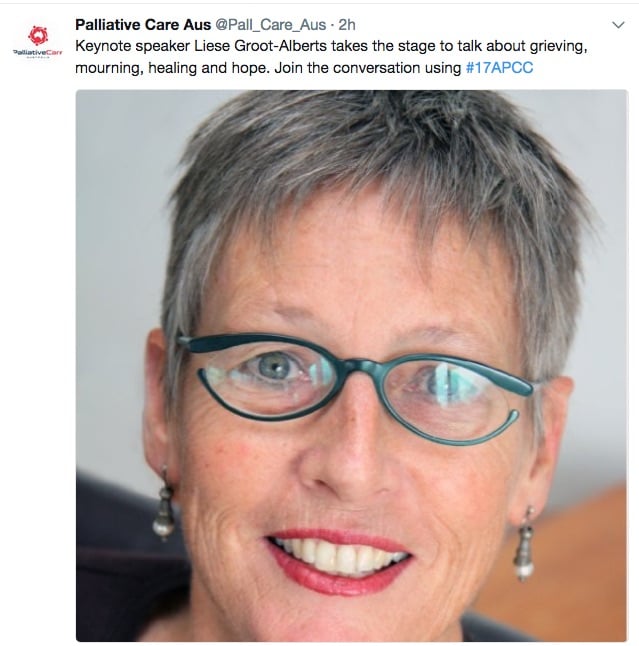 Working with difference in grief and loss: insights from a “wounded healer”

How do we make sure that all communities in Australia, including Aboriginal and Torres Strait Islander people, can access the palliative care and grief support they need so that they experience healing rather than “new hurts” during death and dying?

This is a challenge posed by New Zealand-based grief specialist Liese Groot-Alberts, who has worked with Holocaust and major disaster survivors and many communities across the Asia Pacific since the sudden death of her young daughter led her to becoming a “wounded healer”, as she describes herself.

A keynote speaker at this week’s Australian Palliative Care Conference in Adelaide, Groot-Alberts says her main passion is in “working with difference” – across cultures, as well as in families, workplaces and communities.

Journalist Marie McInerney is covering #17APCC for the Croakey Conference News Service. This report is based upon an interview with Groot-Alberts ahead of her presentation this morning.

International grief specialist Liese Groot-Alberts recalls working as a facilitator at a workshop on “life, death and transition” soon after she emigrated from the Netherlands to New Zealand in the 1980s.

As was the widely accepted practice adopted from a US model, participants were asked to introduce themselves before the facilitators, who then made their own more in-depth introductions.

Maori participants in the room challenged the sequence, asking how could they introduce themselves to her, when they didn’t know who she was.

In a journal article titled The lament of a broken heart: mourning and grieving in different cultures, she quotes them as saying:

“You ask me to reveal myself while I don’t know anything about you: who you are, who do you belong to and where are you from?”

It was a wake-up call, and now she tells her own story first, one steeped in her own deep loss.

Groot-Alberts talks of being born in Friesland in the Netherlands, growing up in her early years with her grandparents, marrying, and then suffering the devastating loss of her nearly three years old daughter Nana, two days after her son Aiko was born.

She describes a time of polar emotions: “Hope and despair at the same time, and pain and joy”.

Friends and acquaintances didn’t know how to respond to the birth of a new baby at the same time as needing to acknowledge such sharp loss. “I didn’t either,” she says.

She threw herself into work, becoming a therapist and thinking, “if I can fix everyone else, then I’ll feel much better myself,” she told Croakey.

But it didn’t work out that way, and she burnt out. Over time, Groot-Alberts learnt that she needed to deal with her grief in her own way and to make her pain “a school, not a prison”.

In her workshops, in her writing and in conversation, she talks freely and deliberately about what her daughter’s loss has meant to her, how it’s not something she will ever “get over”, about how, for her, death has ended a life but not a relationship.

“In that way, I’m a wounded healer. I think most of us are,” she says.

Groot-Alberts went on to work with and for Dr Elisabeth Kübler-Ross, the Swiss-American psychiatrist who was a pioneer in end of life studies and the author of the groundbreaking book On Death and Dying, which outlined her theory of the five stages of grief.

Since then Groot-Alberts has been teaching health-care professionals as well as working with people with terminal illnesses and those affected by loss, trauma and grief – among them Holocaust and tsunami survivors – in Europe, Asia, the Pacific, and Africa.

It’s brought her up close to different experiences and expressions around death and dying, grief and loss, and to the issues that arise when one culture or group does not recognise and honour those differences, “creating new hurts, instead of healing”.

Those differences can be seen across families, workplaces and communities, and of course within cultures, but it’s particularly an issue, she says, where mainstream culture or orthodoxy “fails to honour difference”. For some it can risk “psychological colonisation” all over again.

Groot-Alberts has written of repeatedly encountering in Africa, Asia and Pacific the practice of transplanting Western palliative care models onto cultures where the community, not the individual, is the central focus.

“My main passion has been for a long time in working with difference,” she says. “How can we connect together and how can we make sure that we don’t create silos? How can we build those bridges, especially in grief and loss?”

It’s an important issue in Australia and one explored in a number of conference sessions focused on the experiences of end of life care for people from culturally and linguistically diverse backgrounds and for Aboriginal and Torres Strait Islander people, including in remote regions.

Some of the work being done in palliative care remains “a bit paternalist”, says Palliative Care Australia CEO Liz Callaghan, who sees particular issues emerging for the now ageing members of the Stolen Generations.

Their need for trauma informed aged care has been highlighted in recent reports by the Healing Foundation, including its report marking the 20th anniversary of the Bringing Them Home report.

Groot-Alberts says the challenge for palliative care practitioners and others dealing with grief and loss is to be more aware of their own beliefs when working cross-culturally, and to be aware how that can play out in fear or judgments of anything different.

She gives a personal example of how ingrained her own customs and beliefs were when she was working in Samoa after the 2009 earthquake triggered a tsunami in which nearly 200 people died, including many children.

One extended family she worked with lost 14 members, and included a mother who lost all three of her children. They were all buried together, in one big grave, on family land.

After the ceremony, the mother of three beckoned the therapist over to join her sitting on the grave, to show her their individual headstones and to sit and talk, for some time.

Groot-Alberts admits to it being a total shock to her own upbringing, in the Netherlands, where from an early age she learnt “to never step on a grave, that was so taboo”.

Her reaction, as she went to join the Samoan mother on the grave, was almost visceral, she remembers. “It was like I heard all my ancestors yelling ‘Don’t you dare!’ It was a total body response, so ingrained…The whole time I sat on the grave, my body kept screaming “get off!”.”

The lesson for her was for self-awareness and reflection practices to be “an essential part” of continuing personal and professional development. She says:

“What is important is to be aware that my experience is not your experience.

“(It’s about) being aware of the judgments and stereotypes and dogmatic thinking that has come into the culture about another culture. It is about waking up to all that, becoming aware of our biased thinking and a willingness and openness to be curious about the other.”

Asked how difficult it is for palliative care practitioners and other health professionals to take the time to honour the needs of each patient and family, Groot-Alberts says she thinks of time as neither linear nor about quantity but about quality.

“When we can be totally present with a person, then at times five minutes are a whole lot more for both of us than an hour or two hours of half distracted and half disconnected,” she says.

She talks in her journal article about the need to be in a space of “openness, awareness, silence, listening and curiosity” to be able to facilitate a person’s healing, rather than to follow prescriptive models.

She describes how that was beautifully put into action in the pulmonary TB ward of a hospital in the Philippines, which was understaffed and under-resourced, with 50 beds in the men’s ward and often 100 patients and where families were counted on to help with care.

There was, she said, terrible depression, hopelessness and despair among those patients whose families were too scared of infection to help.

But one 15-year-old boy who had also been left alone by family was in “very good spirits”.

The difference, she said, was that he had bonded with one of his nurses who made sure to take a short time in every busy shift to give him her full attention and let him know he mattered to her.

“It taught me to never underestimate the healing that can happen in a very limited time, if we stay present and truly connected,” she said. 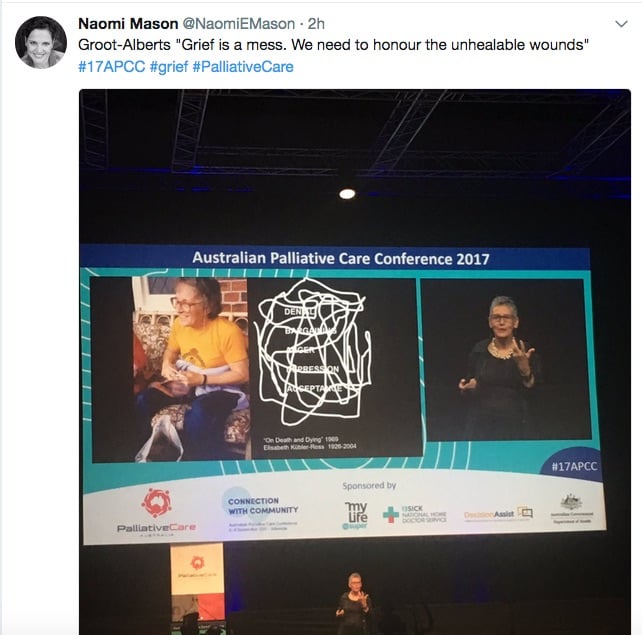 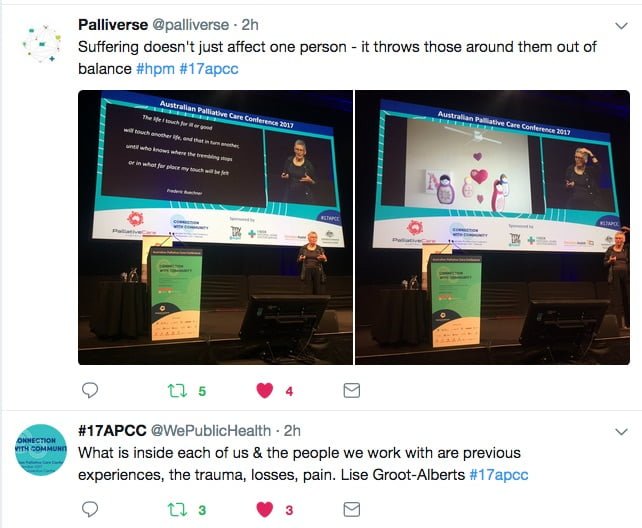 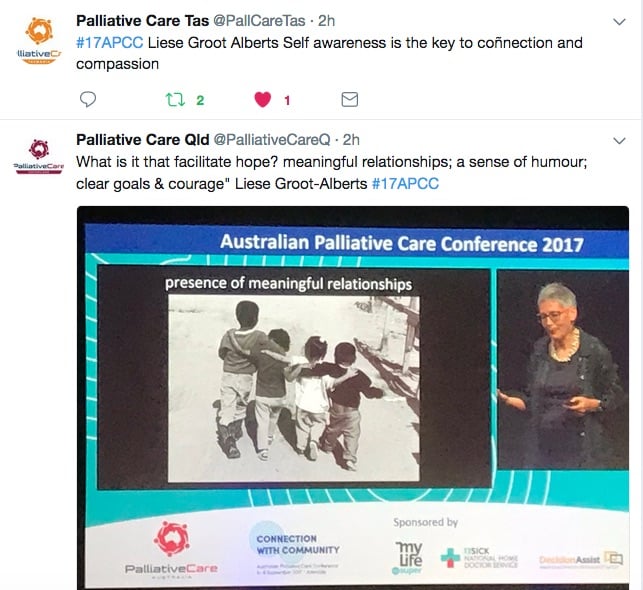 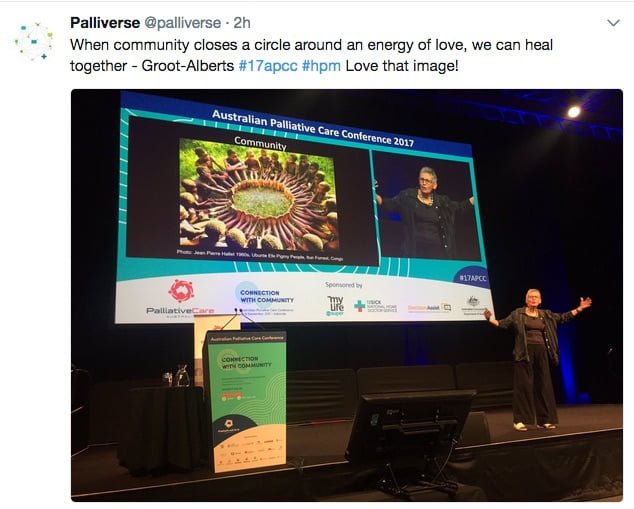 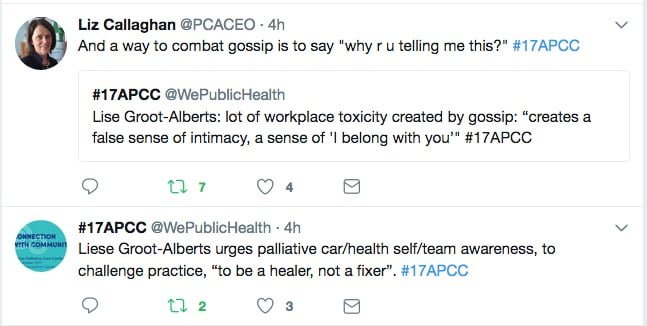 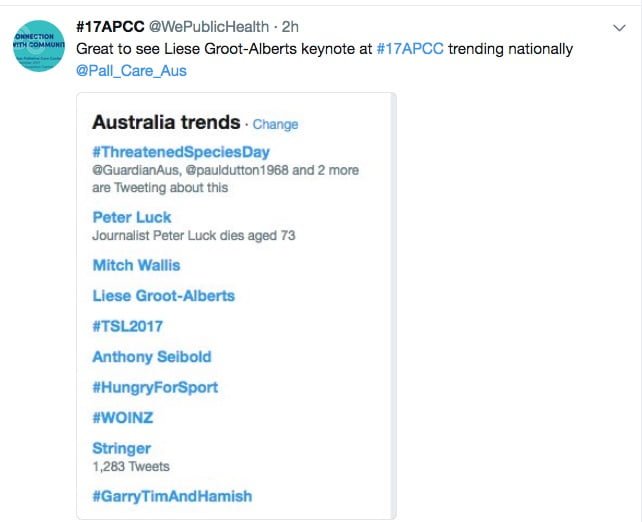