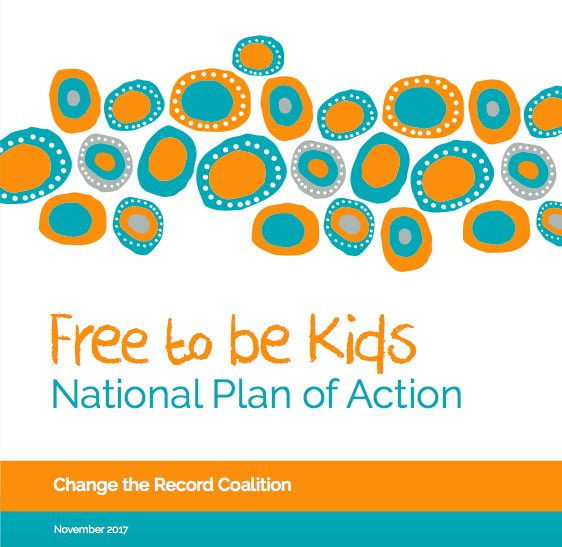 The Change the Record Coalition launched an eight-point plan to reform Australia’s youth justice system Monday, seizing on the Northern Territory Royal Commission as an “historic opportunity” to improve the lives of Aboriginal and Torres Strait Islander children.

The Commission urged an end to punitive and damaging systems of child protection and detention in a damning report handed down earlier this month which chronicled “systemic and shocking failures”.

Launching an eight-point plan Free to be Kids, Change the Record co-chair Antoinette Braybrook said the “time to act is now” on youth justice reform.

“This is an historic opportunity for the Federal Government to make a difference for Aboriginal and Torres Strait Islander children,” said Braybrook.

Change the Record is a coalition of Aboriginal and Torres Strait Islander, human rights, legal and community organisations advocating on disproportionate imprisonment and violence rates for Indigenous Australians.

Unveiling the National Plan of Action on Monday, co-chair Cheryl Axleby said the NTRC had demonstrated “shocking abuse” of Aboriginal and Torres Strait Islander children in prisons and “we know that similar abuses are happening right around the country”.

More than 100 organisations signed onto an open letter to Prime Minister Malcolm Turnbull calling for national action on youth justice following the NTRC findings, and the Change the Record plan offers a way forward.

Closing the justice gap would save the economy an estimated $18.9 billion per year in 2040, according to the report, which called for establishment of a fund for community-based early intervention, prevention and diversion programs.

Labor MP Linda Burney, the first Indigenous woman elected to the House of Representatives, was among those present at the plan’s launch at Parliament House, amid a sea of hands on the lawn.

At Change the Record’s #FreeToBeKids National Action Plan launch to reduce and prevent abuse of Indigenous children in detention pic.twitter.com/LYmrhhzedh

It calls on the Federal government to adopt and report on eight metrics to reduce the overincarceration and abuse of Aboriginal and Torres Strait Islander children in prisons:

To end this national tragedy, the Federal Government, through COAG, must lead a national overhaul of juvenile justice systems, laws, policies and practices. This work must be done in partnership with Aboriginal and Torres Strait Islander leaders, organisations and communities.

It must build on the recommendations of the Royal Commission into the Protection and Detention of Children in the Northern Territory, with a strong focus on keeping children out of prison with a view to developing national minimum benchmarks for laws and policies to underpin this National Plan of Action.

It’s time for national leadership to stop the overrepresentation of Indignous kids in prison #FreeToBeKids pic.twitter.com/EgSZTZpu2O