#ThanksMichaelMoore – and some insights into public health leadership

At a farewell for Michael Moore AM in Canberra on Wednesday night, many adjectives were used to describe the outgoing CEO of the Public Health Association of Australia (PHAA).

We learnt, amongst other things, that he is a consummate negotiator, a skilled communicator, incredibly hard working, an effective collaborator, an outstanding administrator and mentor, and someone who is generous with his time and knowledge.

Moore was also described as tenacious, pragmatic, a disruptor, a master of the cunning plan and relationship building, and a media tart who is not shy about fronting the TV cameras.

He is also known for his boyish enthusiasm, impish grin, and sense of mischief, and many mentioned Moore’s knack for getting on with everyone. “He’s just a lovely bloke” was said more than once – although it was also observed that he can be “menacing” when necessary (in negotiations with self-interested industry groups, for example).

Another observation that may be relevant for others seeking to develop public leadership skills was the diversity of Moore’s background and experience; he has worked in teaching, politics, small business and academia, as well as being an Army Reservist.

Many comments during the evening suggested that one of Moore’s major accomplishments during his time at the PHAA was to build the organisation’s profile, voice and influence.

Below are some tweeted tributes and photos from the farewell, held at the National Press Club. The contributions and work of Helen Moore were also warmly recognised. 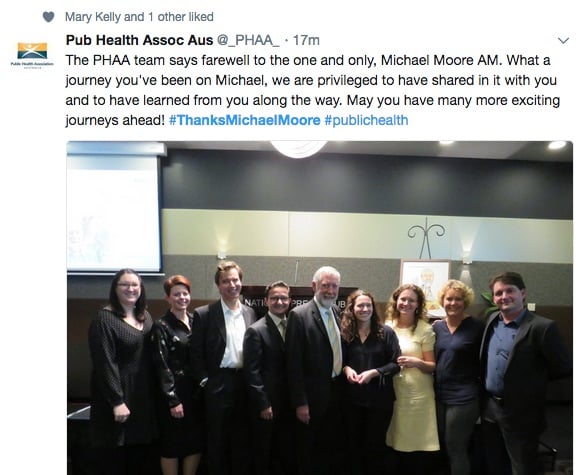 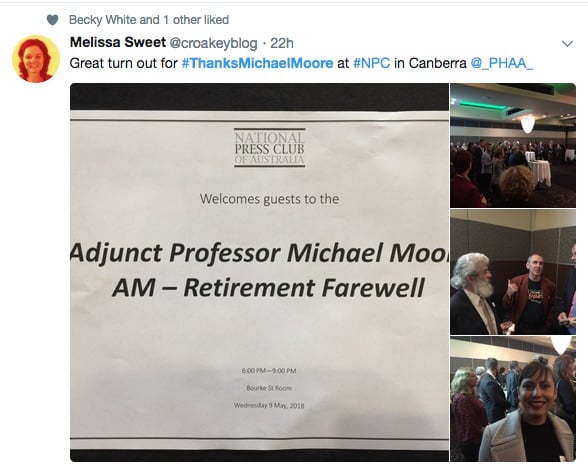 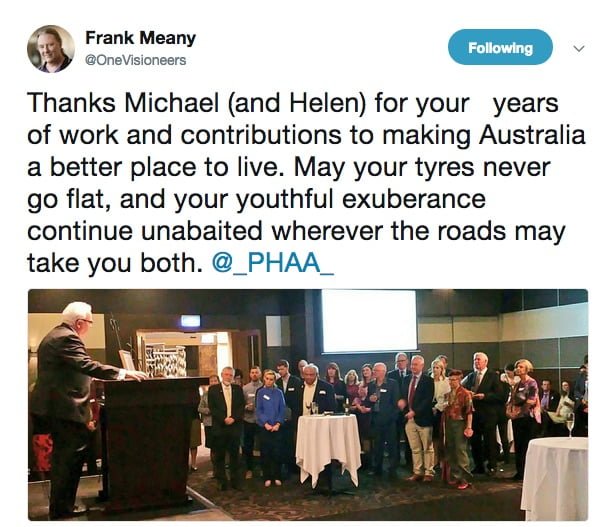 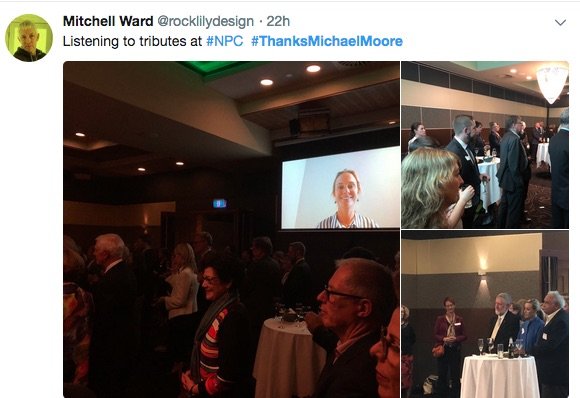 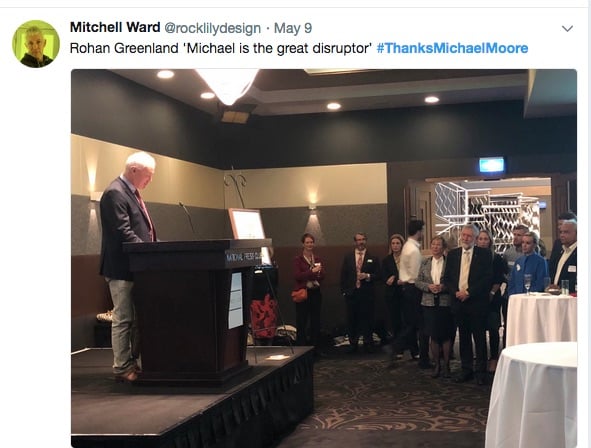 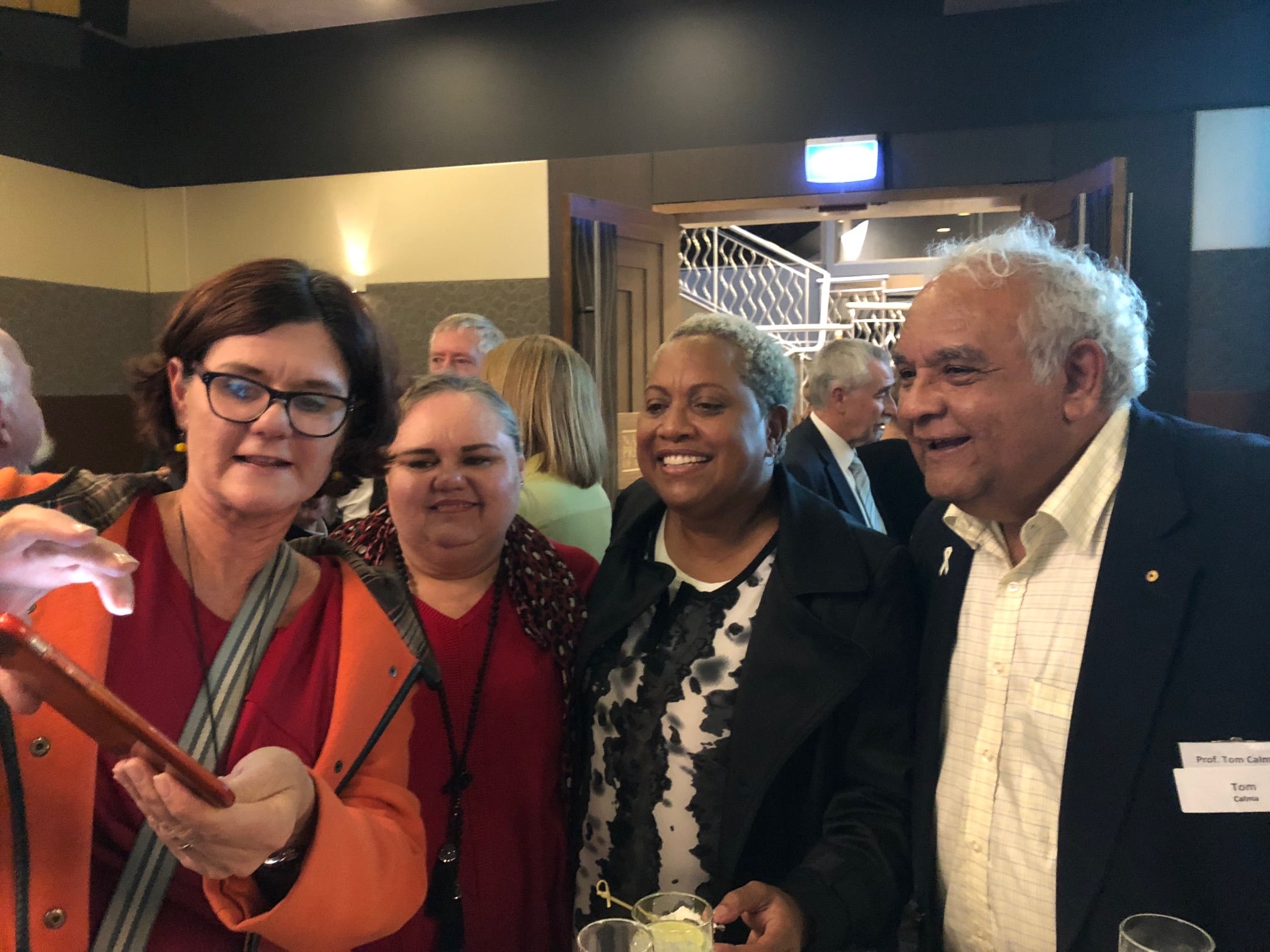 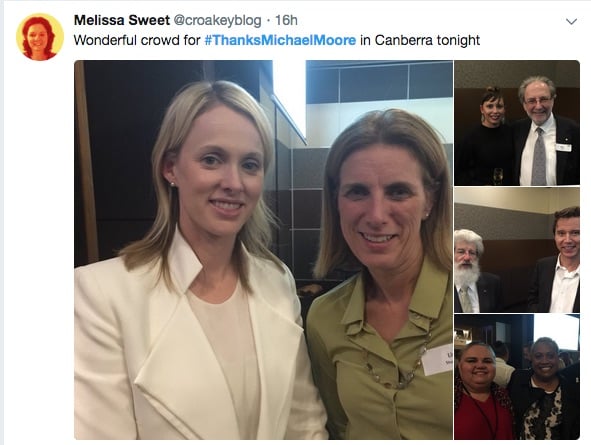 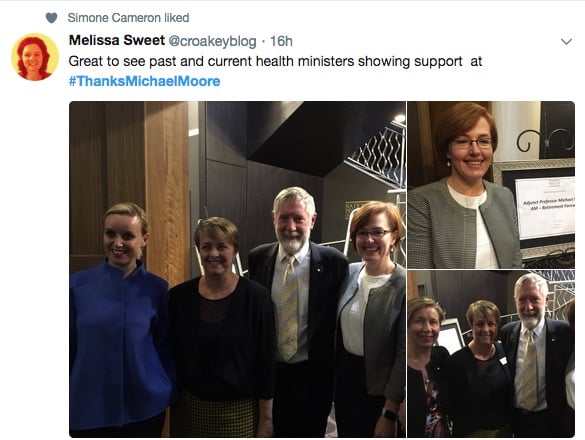 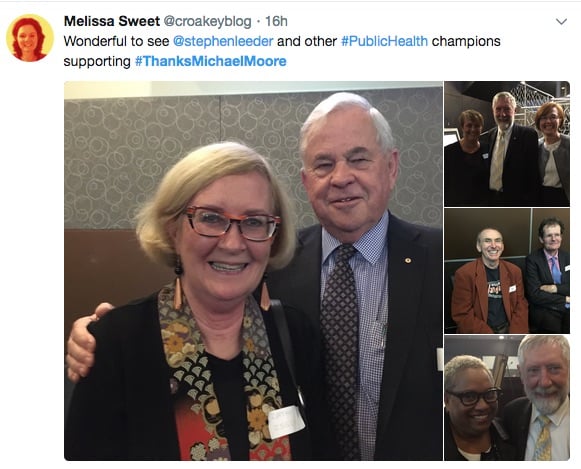 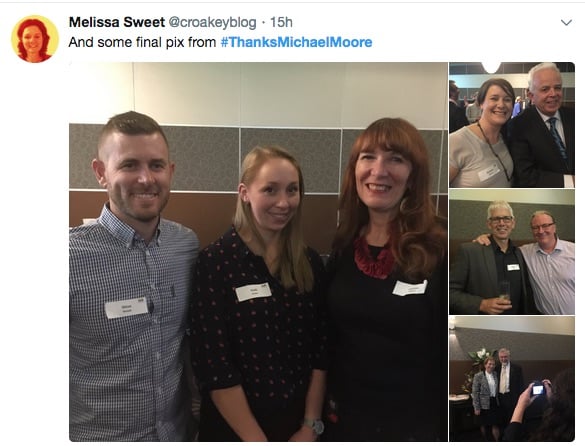 It may not be well known that Croakey probably would not exist if not for the prompt action of Michael Moore in arranging the Croakey funding consortium when Crikey stopped funding us several years ago. What’s more, he has always scrupulously respected our editorial independence. 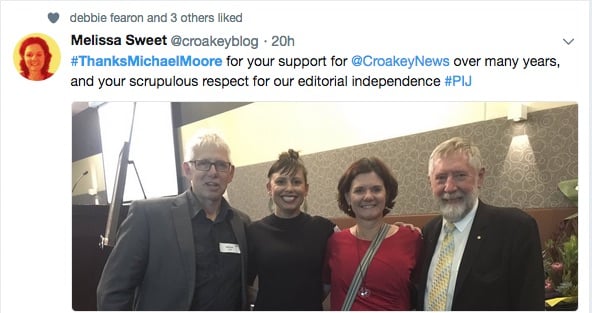 Our gratitude was shared by many others, as Fiona Armstrong wrote: “There is a lot to thank Michael Moore for – including the support and confidence he gave me first in leading the Australian Health Care Reform Alliance and then to set up the Climate and Health Alliance. Such a champion of people and causes to support public health and equity.”

Moore continues as president of the World Federation of Public Health Associations; we expect he will keep in touch with Croakey readers.